by ChemOrbis Editorial Team - content@chemorbis.com
Data from ChemOrbis Price Index reveal that the weekly averages of local HDPE film prices in Southeast Asian countries, including Indonesia, Thailand and Malaysia, have recently hit their highest levels since July 2015. In Vietnam, the local HDPE film market has already been hovering around its more-than-two-year high since late November. 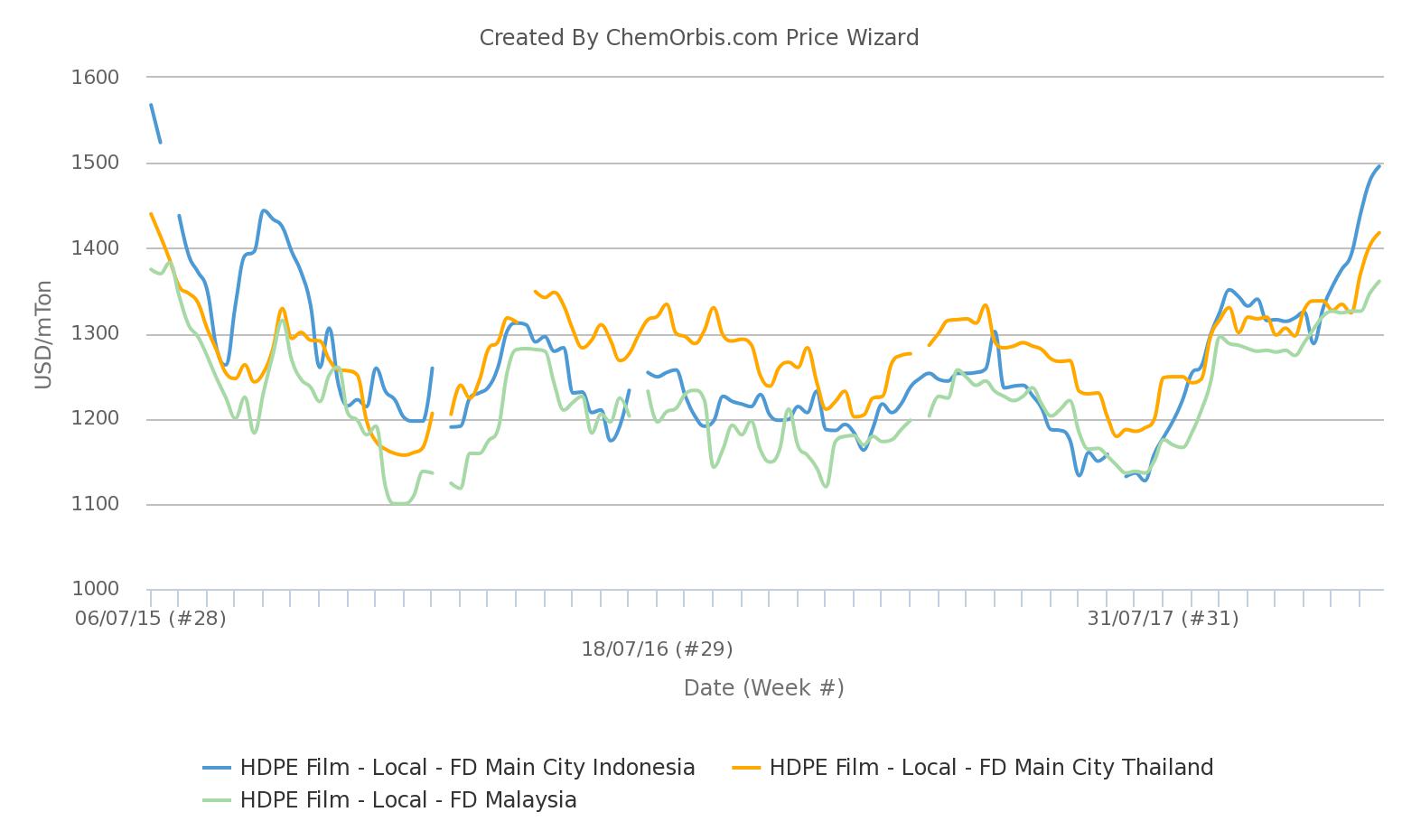 The ongoing availability issues are cited as the main reason behind the surge of local HDPE prices across the regional markets while most players reported that demand for HDPE grades was not bad in the midst of low supplies.

In Indonesia, a domestic producer applied further increases of around d$10/ton on its HDPE prices last week, which became the 7th increase since the beginning of December. A few traders in the country commented, “Supply levels are quite low in the PE market, particularly for HDPE. Although buyers limit purchases to their urgent needs, we don’t expect to see a downturn in the local HDPE market until after the Chinese New Year holiday.”

A trader operating in Malaysia opined, “Local demand is not improving significantly, yet it can still be considered steady as buyers continue to replenish stocks, albeit in limited amounts. We are facing supply issues from the Philippines as the producer has limited allocation for HDPE.” Another trader in the country also noted, “We have oversold our HDPE allocation this month. The HDPE sentiment remains strong on the back of the bullish energy complex and low supplies.”

In Thailand, a source from a domestic producer reported that they were able to conclude HDPE deals last week with increases in the local market since buyers were interested in replenishing their stocks amidst their growing supply concerns. “The HDPE market is likely to preserve its bullishness as we anticipate no supply relief in the near term due to the upcoming maintenance shutdowns in Southeast Asia.”

In the meantime, Southeast Asia’s import HDPE film market has also reached its highest level since July 2015 recently on average basis, according to ChemOrbis Price Index.