by ChemOrbis Editorial Team - content@chemorbis.com
In China, local LDPE prices have been rising for more than one month on the back of better demand and ongoing tightness for this product. With the support from agricultural season, demand has improved for LDPE and LLDPE, according to players. Demand for local LDPE is also said to be better than it is for imports.

Players claimed that Shenhua delayed the start up of a new 450,000 tons/year LDPE plant and this has recently exacerbated the ongoing local tightness. Meanwhile, availability from regular sources in the import market is also low. “There are fewer than usual offers from the Middle East, SEA and S. Korea,” commented a distributor.

A trader in Ningbo made similar comments by saying, “Players did not stock material in anticipation of the start up of Shenhua’s new LDPE plant and now they have to come back to replenish due to the delayed start up of this plant. Therefore, demand is picking up for this product.”

Another trader also commented, “Demand for LDPE film is the strongest compared to HDPE and LLDPE film. Apart from that, two other producers also delayed the start up of their new LDPE plants this year. We expect LDPE prices to post further gains.” 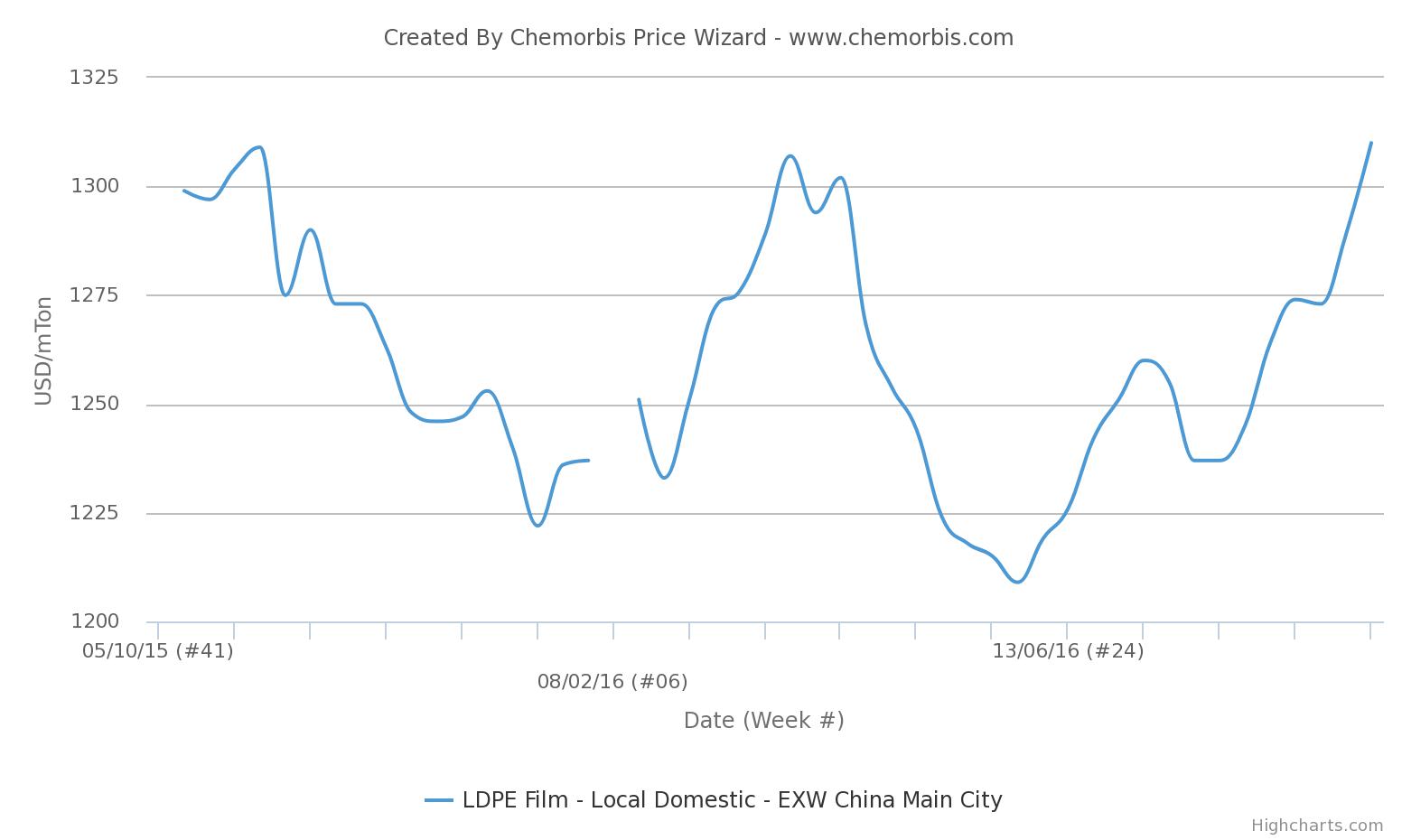