by ChemOrbis Editorial Team - content@chemorbis.com
Players operating in Southeast Asia’s local PE markets report that the overall sentiment remains weak ahead of some domestic producers’ awaited price announcements for July. The ongoing bearishness is mostly attributed to poor demand, which has been hampered by the rainy season, the month of Ramadan, lower energy costs as well as persistently softening prices in the nearby Chinese market.

A few regional players also voiced their concerns regarding a possible glut in the global PE markets given the upcoming start-up of new capacities in several countries including China, India, Iran and the US. “We are refraining from building high inventories and focusing on depleting our existing stocks nowadays given our concern that new capacities, particularly from the US, may keep PE prices under pressure in the future,” a converter in the Philippines opined.

According to data from ChemOrbis Price Index, local HDPE and LLDPE film prices in the Philippines are currently hovering around their lowest levels since last September. Local prices for both products have decreased by around $125-130/ton on a weekly average basis since early April. 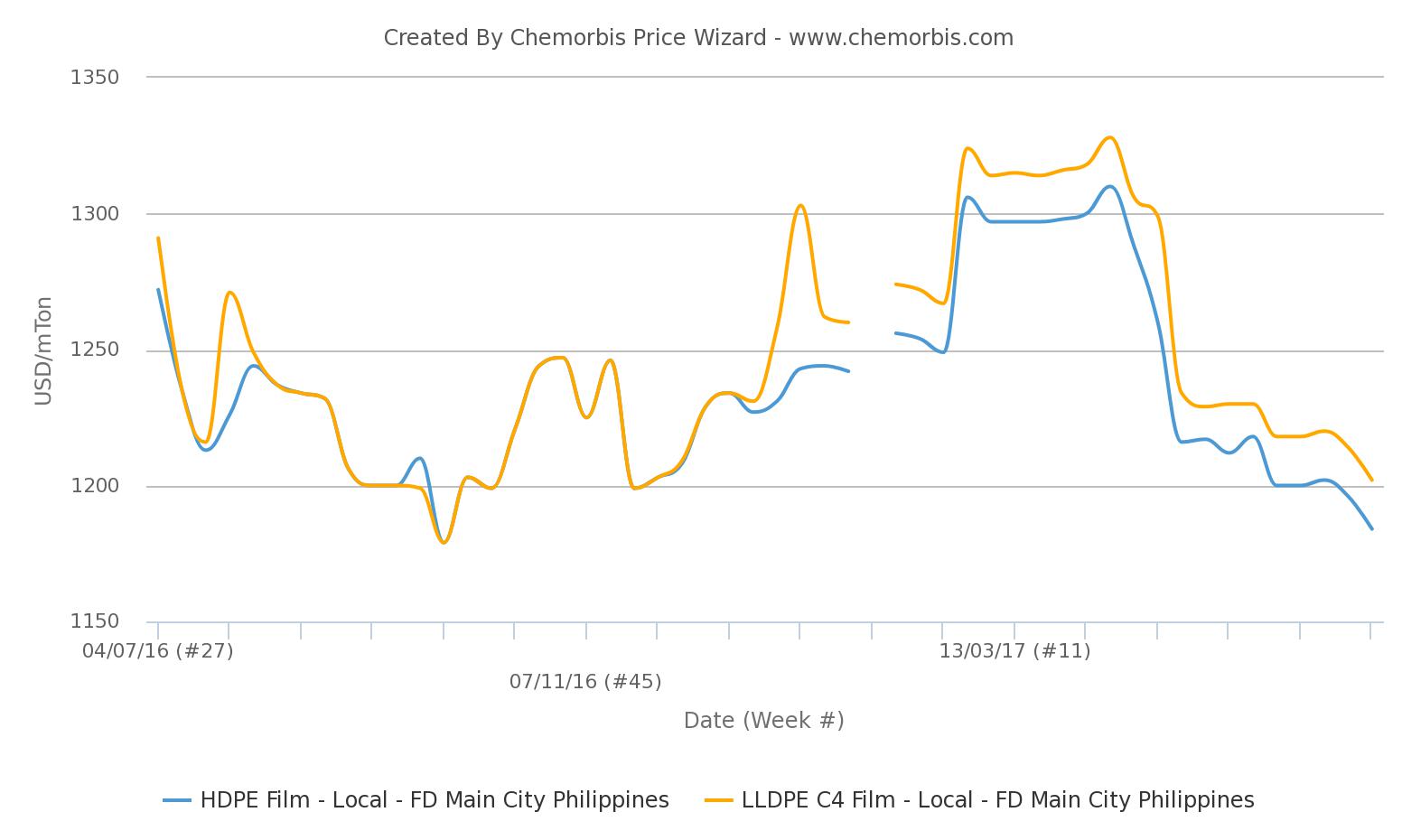 A converter operating in the Philippines’ food packaging sector commented, “We were able to obtain a discount of PHP500/ton ($9/ton) from local suppliers this week although a domestic producer has been facing supply issues in the last three weeks. Demand remains weak despite the upcoming start of the school season. We are now waiting to receive July offers from local producers before deciding on our next move.”

Thailand’s local PE market also remains on a soft path as data from ChemOrbis Price Index shows that both HDPE and LLDPE film prices on a weekly average basis are currently standing at their lowest levels since the January-February period of 2016. As can be seen in the below graph, local HDPE film prices have recently been witnessing sharper losses compared to LLDPE. 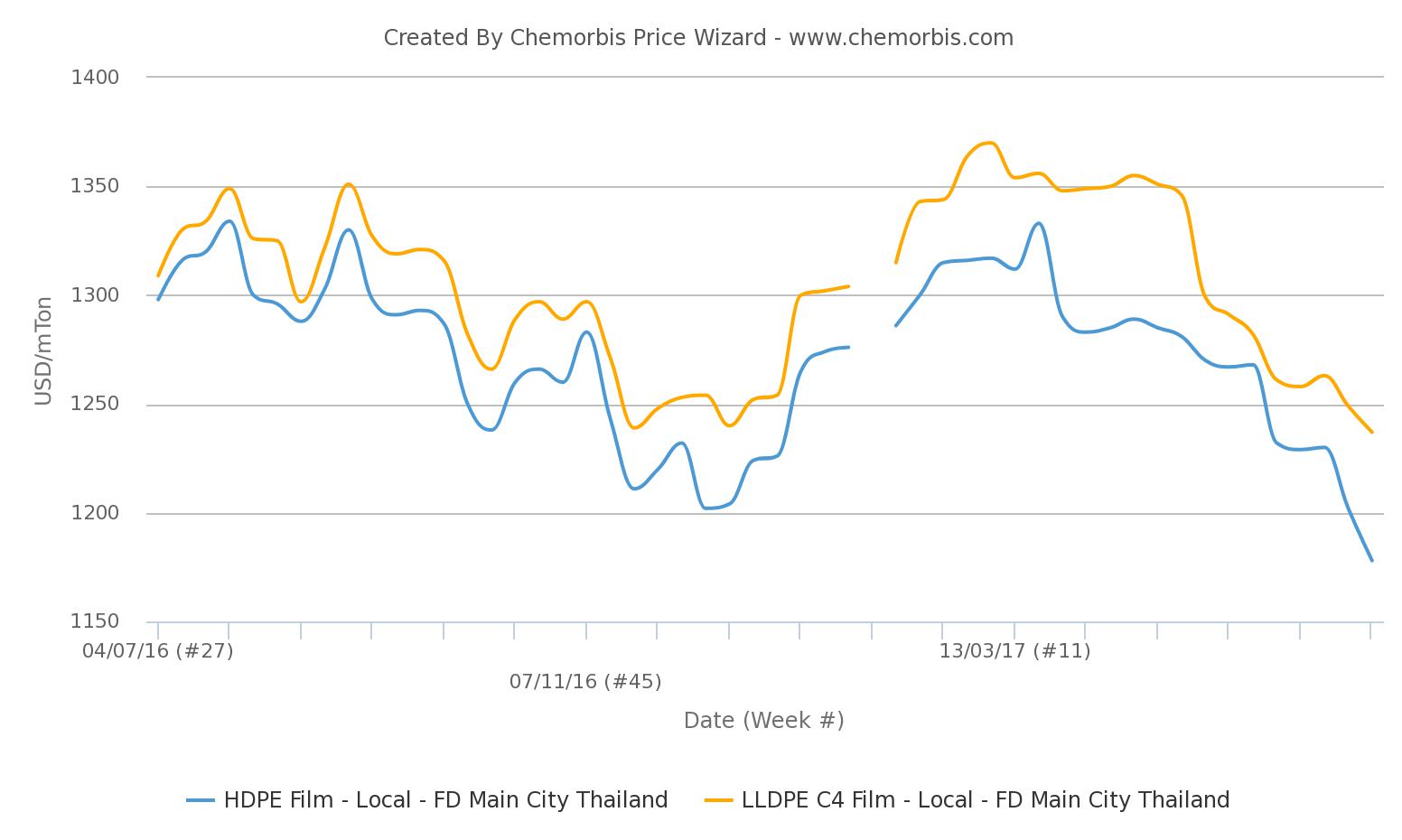 In Malaysia and Indonesia, meanwhile, local markets are quiet this week due to the Eid holiday. PE prices in both countries have been following a softening trend given sluggish demand amidst the Ramadan lull while regional players are not expected to return to their desks before next week.