by ChemOrbis Editorial Team - content@chemorbis.com
Data from ChemOrbis Price Index suggest that the weekly averages of local HDPE and LLDPE film prices have moved below imports for the last three weeks in Vietnam.

Demand towards import materials has been reportedly weak over the past weeks as most buyers prefer to secure their needs from the local market where more competitive offers are obtainable. In the face of buyers’ resistance, overseas suppliers’ slightly lowered their offers for October after approaching the market with notable hikes.

A PE trader operating in Vietnam commented, “Despite our low supply levels, we are refraining from securing any import material for the moment as we believe that import prices still have room for further softening in the days ahead.”

A second trader opined, “Import PE prices have slightly decreased this week, yet we are not planning to make any fresh purchases from overseas suppliers since we are able to find much more competitive offer levels in the distribution market. Demand is weak, except for HDPE which is tight.” 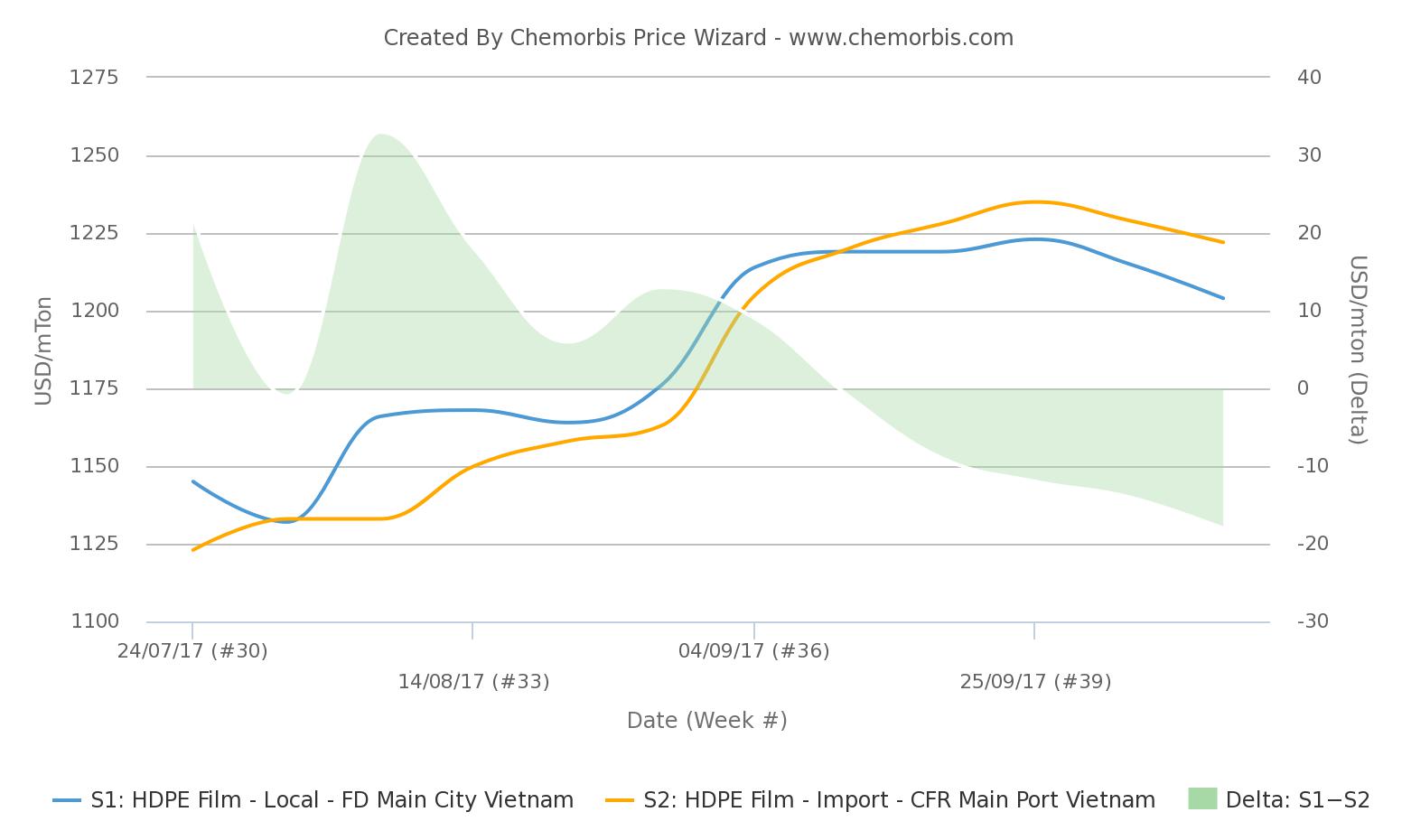