WTI (NYMEX) crude oil futures settled at $56.46/barrel on Friday, down by almost $20/barrel since when they hit a four-year high in early October.

In Thailand, local PET bottle prices have been tracking a softening trend since they reached a five-year high in around mid-September. Data from ChemOrbis Price Index suggest that the weekly average of local prices has plunged to a more than nine-month low. Persistently thin demand was blamed for the recent round of price cuts.

Malaysia’s local PET market has also witnessed consecutive decreases for the past five weeks in the face of disappointing demand. The market has reached its lowest level since late August. 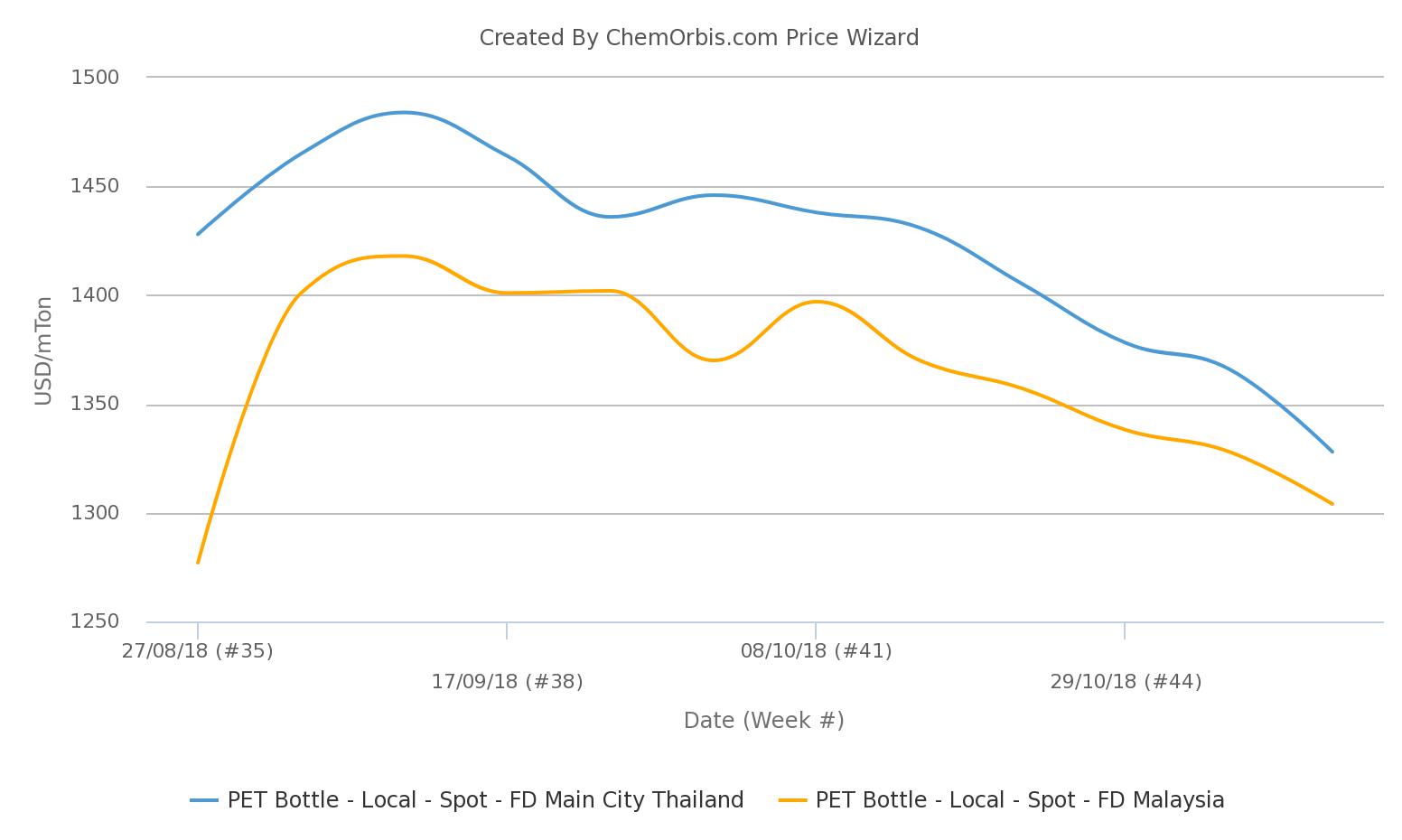 A bottle manufacturer in Indonesia noted, “We were planning to secure some PET from the local market, yet we decided to delay our purchase given the recent slump in crude oil futures. We believe that PET prices might see further drops in the weeks to come.”

According to data from ChemOrbis Price Index, the weekly average of PET prices on FD Indonesia basis has hit its lowest level since mid-April.

In Vietnam’s local PET market, a few converters commented, “Prices have dropped significantly in the past couple of weeks. Hence we limit our purchases according to our urgent needs. Demand towards our end-products has been improving thanks to the approaching end of the year. Still, our customers are cautious about placing orders.”

Meanwhile, import PET bottle prices to Southeast Asia have been following a bearish path since around mid-September and they have recently tumbled to a year-to-date low.