by ChemOrbis Editorial Team - content@chemorbis.com
The local PET market has been following a bearish trend since the middle of May in Turkey. According to ChemOrbis Price Index, average local PET offers for both domestic and locally-held import materials have fallen to hit the lowest levels seen since late 2008.

Overall purchasing volumes on the part of buyers were kept in check despite the high summer season as uncertainty following the general elections on June 7 and rising political tension dampened activity in several industries. Supply was sufficient with three domestic producers smoothly feeding the market. 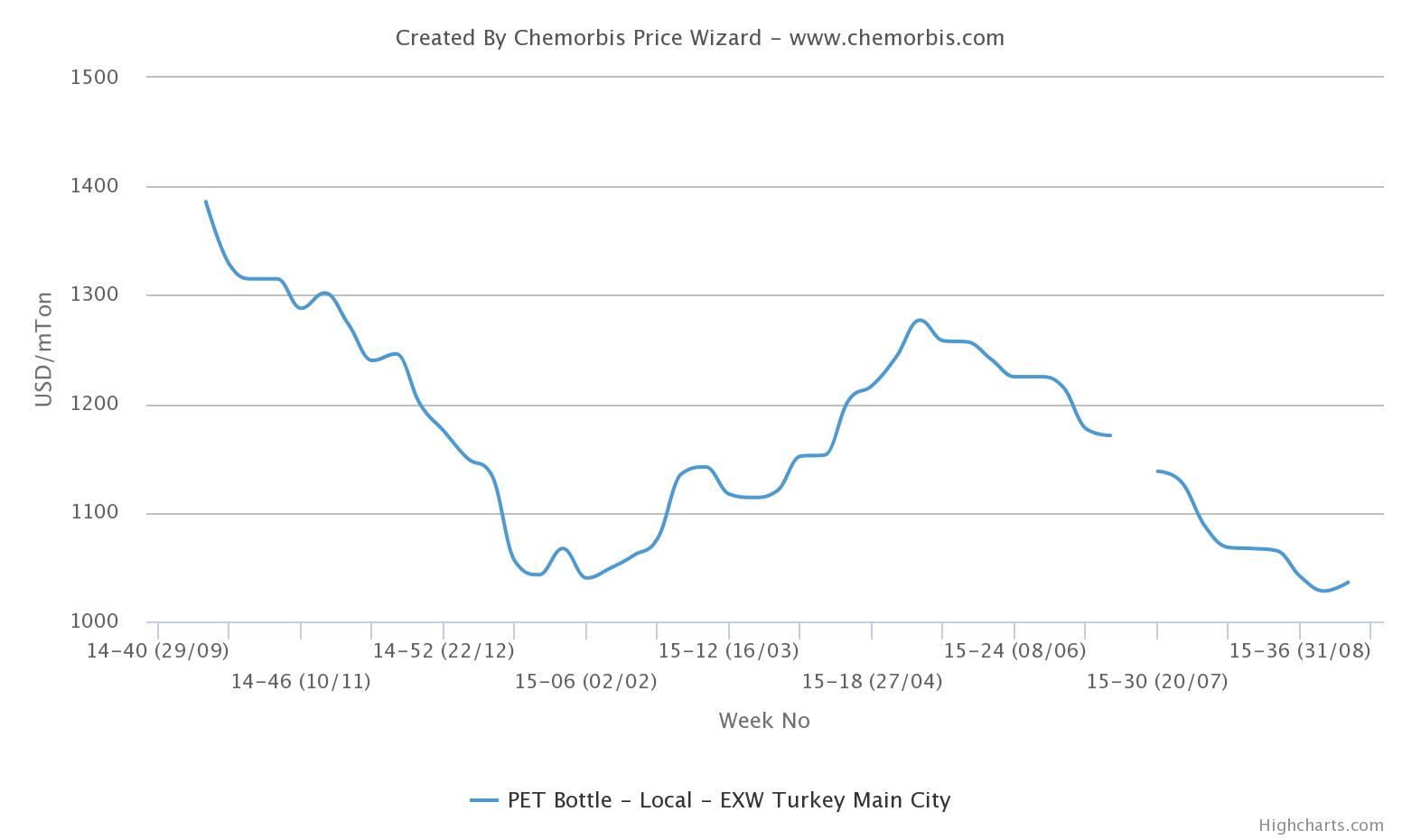 Since the start of September, players report that more competitive prices were obtainable from domestic producers between $1000-1040/ton ex-warehouse Turkey, cash equivalent not inc VAT, even though producers have kept their list prices flat.

“Prices below the $1000/ton threshold are available for large purchases,” buyers noted. “Although we kept our list prices stable, we have had to do some deals below these levels as another domestic producer’s very aggressive offers put pressure on us. The second producer’s lower prices occurred in spite of the shutdown at their plant given their plentiful stocks,” a source from a domestic producer reported.

Locally-held Asian materials surfaced at around $1100-1120/ton ex-warehouse/FD Turkey, not inc VAT, both on cash and deferred payment basis earlier in September. Lately, these materials were offered as low as $1010-1030/ton FD, cash.

“We plan to wait until after the Eid-al-Adha holiday before deciding on our next purchases since the high season is fading and feedstock costs have been volatile recently. Plus, sentiment in Asia is bearish," a large PET resin converter stated. Meanwhile, the outlook for PET remains on the softer side in China over the short term since trading activity is slow ahead of the National Day holidays in October.