Nonetheless, both PP and PE prices started to ease down as of early October in the midst of slackening demand. 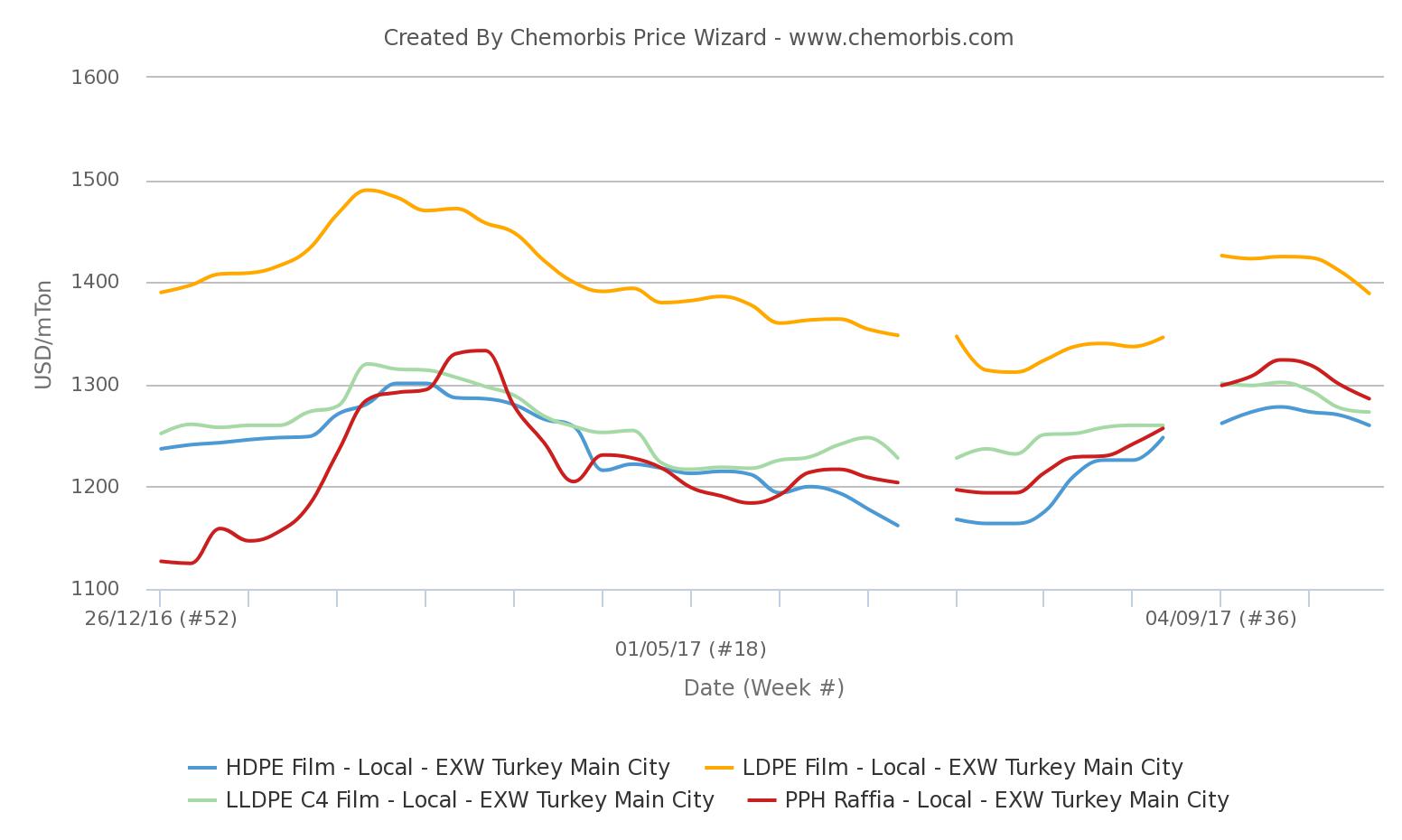 “PP raffia supplies are not as limited as they were in the previous couple of months. Several converters purchased beyond their needs in the course of rapid hikes in September,” a seller stated. A bcf converter affirmed, “We prefer to meet our basic requirements from the local market as it would be risky to engage in long distance cargos that are due to arrive in November-December. Supply is plentiful these days.”

As for PE, distributors sitting on comfortable stocks are more open to give discounts, which resulted in some softening on the lower ends of the local price ranges, according to players. “Particularly prompt LDPE availability is comfortable. Buying interest has been thin this month owing to the previous purchases of converters. We are open to negotiation for bids regarding considerable tonnages,” said distributors.