by ChemOrbis Editorial Team - content@chemorbis.com
In Vietnam, local PP and PE prices have been on the rise since the beginning of February. According to ChemOrbis Price Wizard, local prices gained three digit increases over a month’s time.

For PP, restricted supplies were quoted as the main reason behind these large hikes as well as the firmer import homo-PP prices which gained around $40/ton on the week. According to ChemOrbis Price Wizard, locally held PP raffia offers indicate around $110/ton increases since early February.

Most players highlight the lack of import Middle Eastern PP offers in the market while a trader, offering on behalf of a Saudi Arabian producer said, “We have no allocations to offer right now and we target increases for the next month due to the general lack of availability for Middle Eastern origins.” A woven bag converter also confirmed receiving very limited import offers during this past week. “We literally received only two import offers and these offers were given because we are amongst the supplier’s regular customers. Although we accepted the offer levels we were asked, we are still negotiating the volume we could obtain. We anticipate the upward trend to continue for another two months.” 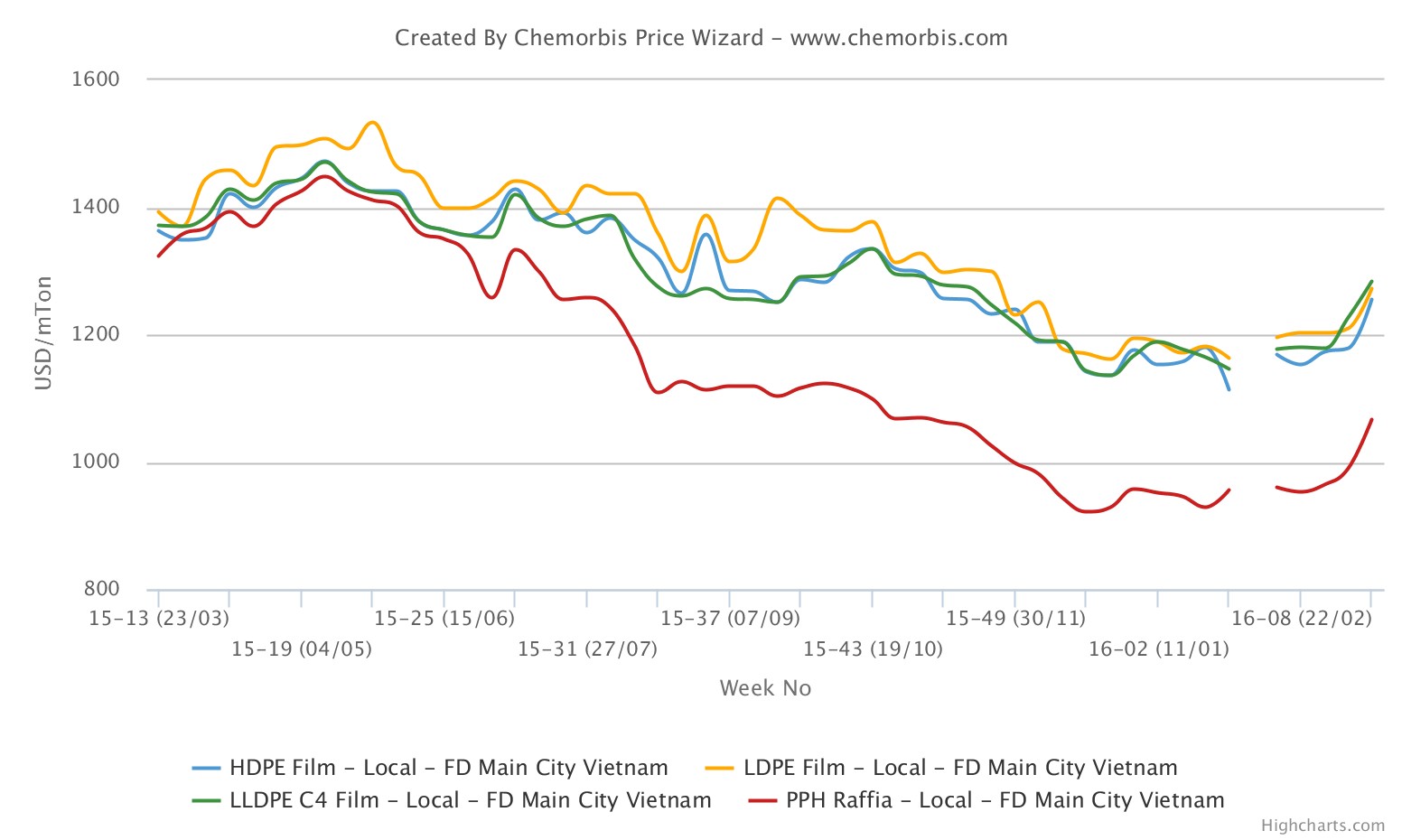 In the PE market, according to ChemOrbis Price Wizard, locally held HDPE and LLDPE c4 film prices gained around $140/ton while LDPE film prices moved up by around $110/ton since the beginning of February.

Stronger spot ethylene prices in Asia pushed regional producers to lift up their prices while limited supplies also added to the situation. Asian spot ethylene costs gained around $170/ton since the end of February on CFR Asia basis.

A major Southeast Asian producer has already announced increases on their initial April PE prices to the region, pointing to the tight supplies and strong spot ethylene costs. “We implemented larger increases for LDPE than for HDPE as availability for LDPE and LLDPE is quite tight. We believe that prices still have some room to move up as some integrated producers may elect to sell ethylene rather than PE as sellers can get better margins on ethylene sales these days,” a source from the producer commented.