by ChemOrbis Editorial Team - content@chemorbis.com
Players in China reported that PP prices in the local market witnessed some decreases this week mainly due to high inventory levels in the country. Weak demand was also cited as the other reason behind the softening.

A trader commented, “Inventory levels are high in the eastern, western and northern parts of China. Plus, traders are re-exporting their cargoes to other markets as demand in China is frail. Done deals in the domestic market are concluded lower than last week.”

A source from a local producer also pointed out to weak demand and stated, “The market is slow in digesting high inventories. Plus, demand is limited to the need-only based purchases and the softening in the futures market also exerts pressure on the local PP market.”

According to weekly average prices obtained from ChemOrbis Price Index, local PP prices in China have been standing at the lowest levels recorded since the beginning of the year. Data also shows that prices have been following a mostly softening trend since mid-December 2016. 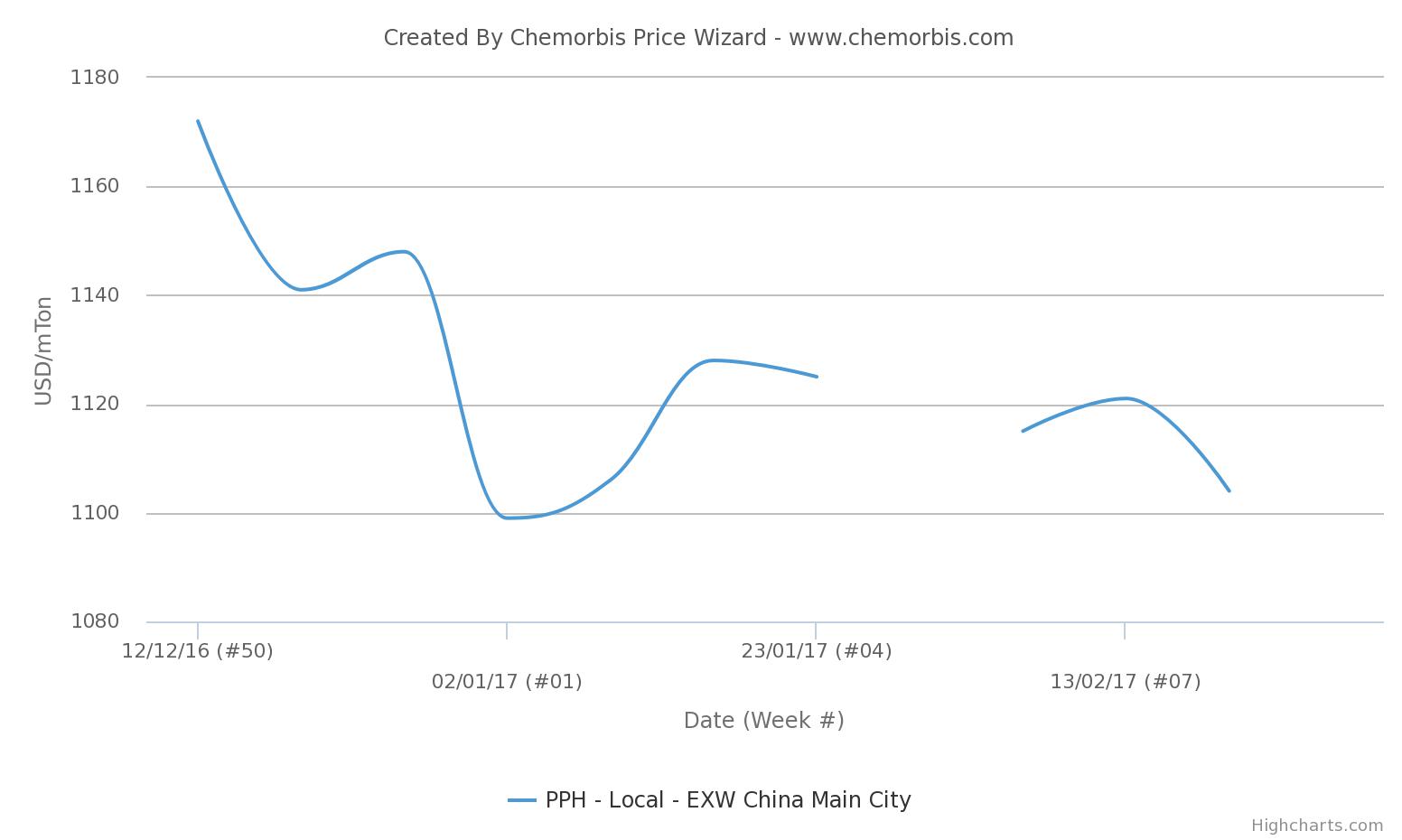