by ChemOrbis Editorial Team - content@chemorbis.com
The locally-held PVC market in Turkey has been on a stable to soft note since the second half of March similar to the trend observed for imports. The slowing demand following intense purchasing activity on part of buyers between December and February has gained prominence in the recent weeks.

Consequently, the premium the distribution market carries over import prices has been narrowing since end February and it has recently hit the lowest level of the last two years.

Currently, the gap between Turkey’s local and duty-free import PVC markets stand slightly below $20/ton, based on the average of ChemOrbis Price Index, while this gap was as wide as $70-100/ton in December 2016, as can be seen from the graph below prepared by ChemOrbis Price Wizard. 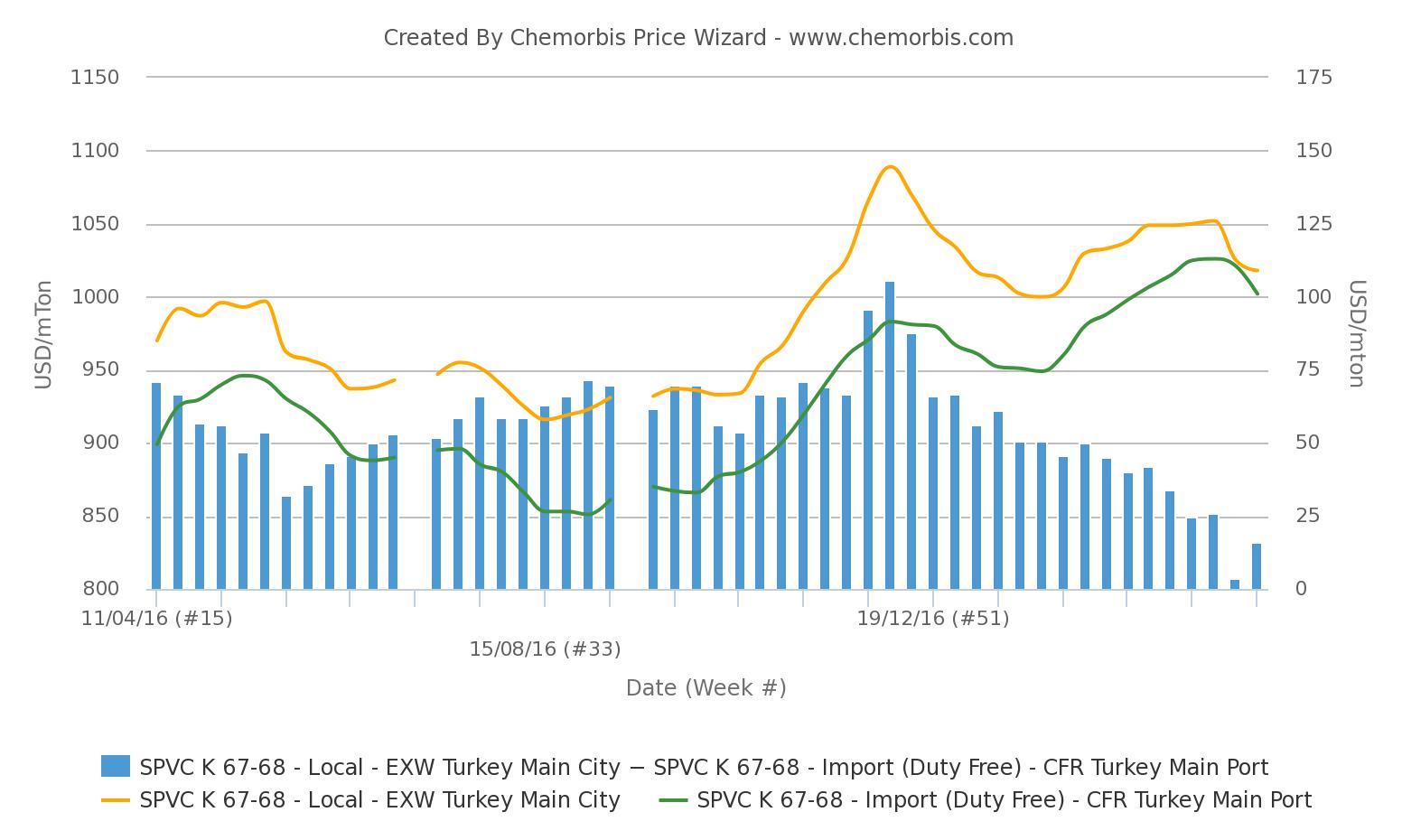 The locally-held PVC k67 market, which mostly consists of duty-free European origins, hovers at around $1200-1220/ton ex-warehouse Turkey, cash inc VAT these days, which comes to $1017-1034/ton excluding VAT but including customs duty if applicable and customs clearance. Duty-free European import prices, meanwhile, stand at $990-1010/ton CIF. This explains the narrowest gap of two years between the two markets.

A profile manufacturer reported, “Supply from nearby European sources remains limited whereas prompt supplies in Turkey are comfortable due to dampened buying appetite. We received frequent calls from sellers and they are generally open to give discounts in an attempt to conclude deals.”

From banks to end product consumers, all industry players are holding on a wait-see stance at the moment ahead of the approaching political referendum that will be held on April 16, according to PVC players.