by ChemOrbis Editorial Team - content@chemorbis.com
In China, PVC prices were on an upward trend both in the local market and export market for more than two months due to tight supplies stemming from environmental inspections and strong upstream costs. The upward momentum has been recently triggered by improved buying interest due to the fears of higher transportation rates upon regulations to be effective as of September 21 prohibiting vehicles from being overloaded. Following the Taiwanese major’s PVC hikes for October shipment, China’s exports prices also moved higher.

A trader in China reported, “Demand is improving as buyers generally replenish some material when prices are firming. We believe this firming trend will last until the middle of October.” 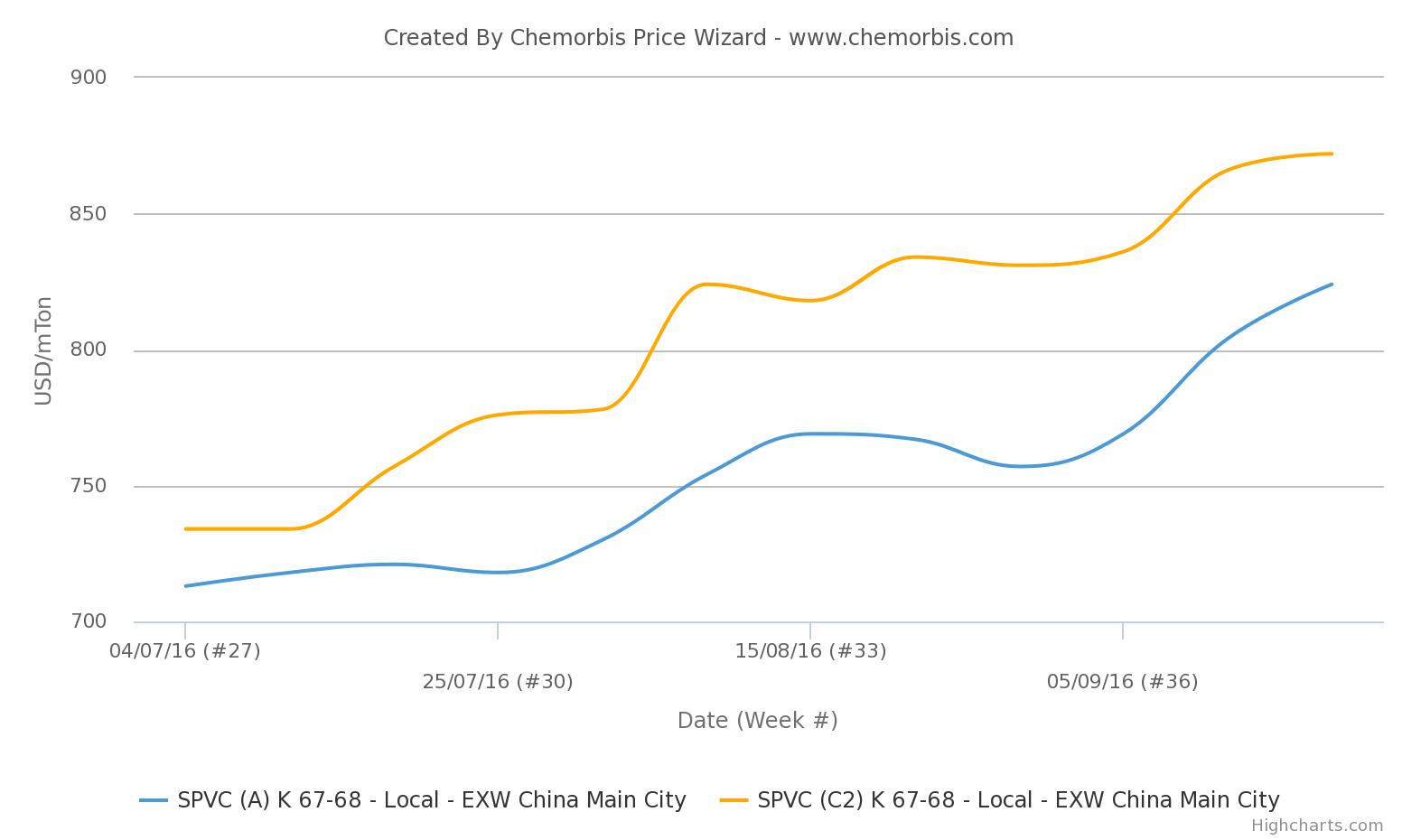 A Chinese producer, who attributes higher export prices to the tight supplies in the local market, low inventories and improved buying interest, commented, “New regulations coming into effect on the 21st of September also boosted buying interest. We usually have no particular preference to sell to local or overseas markets, but we prefer to sell to the local market during the September-October period.”

A distributor in Shanghai attributed recent increases to the strong market sentiment, limited supplies of carbide based PVC due to the impact of environmental inspections as well as limited raw materials. Similarly, a producer in China confirmed prices of other raw materials required for producing carbide based PVC also increased due to tight supply. “PVC prices were revised upwards due to increasing costs. Local demand is good, but export demand is still stagnant. Apart from that, it is hard to turn a profit from the logistic process due to increasing transportation costs and many logistics companies switched to transport coal instead of PVC due to the narrowing gap between these two products’ prices,” added the producer.

Export prices on ChemOrbis Price Index indicate an increase of $40/ton compared to two weeks ago to be currently quoted at $880/ton FOB. Indeed, a producer in Jiangsu affirmed this by saying, “Ethylene based PVC prices on FOB basis increased by $40/ton compared to two weeks earlier. Local prices have also increased significantly and demand is good.” According to ChemOrbis Price Index, export prices have been steadily rising since late June, posting a cumulative increase of $135/ton on average. 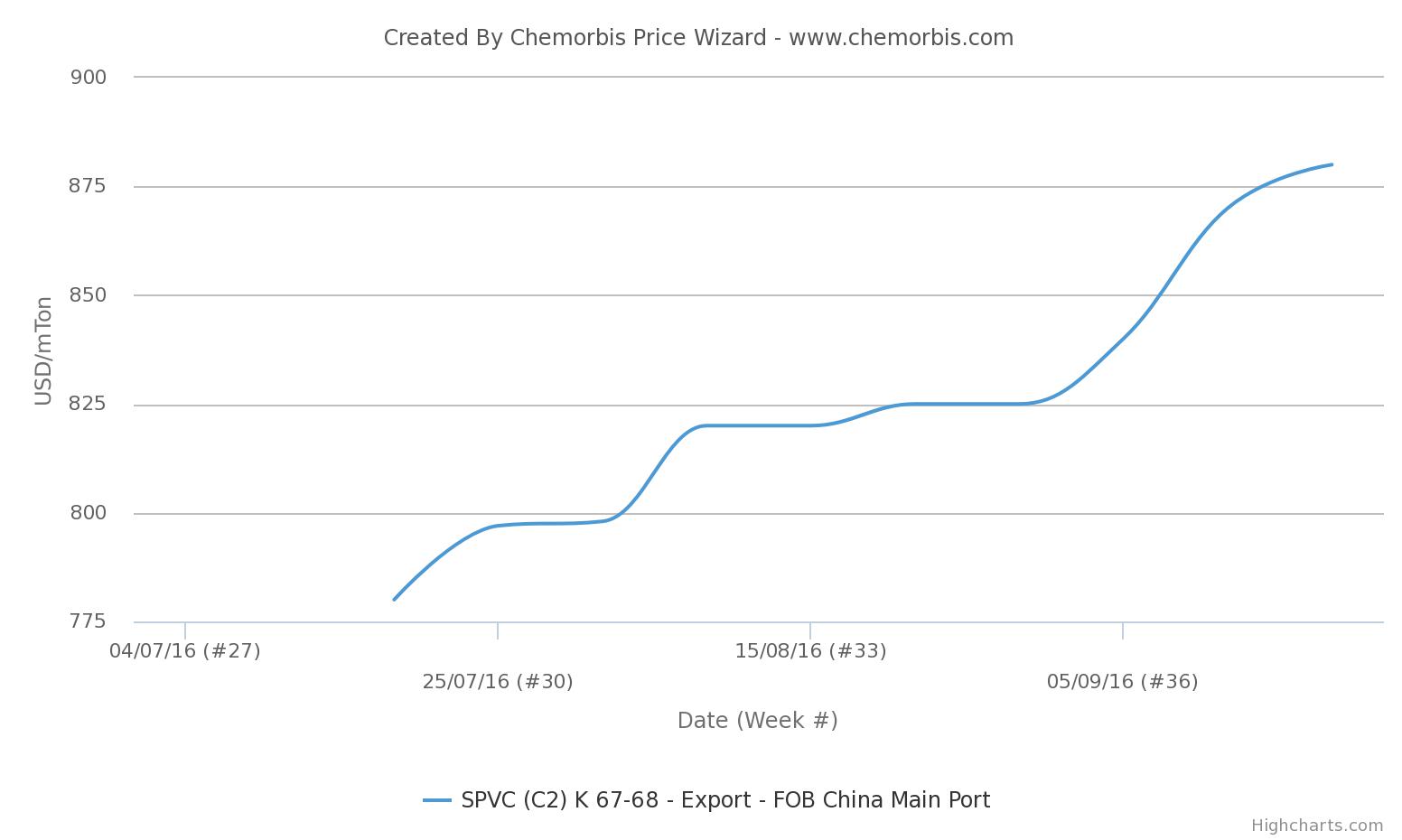