by ChemOrbis Editorial Team - content@chemorbis.com
In Turkey, the locally-held PP and PE markets have hit new highs recently since the sentiment turned up by the end of July driven by higher import prices from the Mid-East and Iran, in particular. Petkim’s consecutive hikes during the past two weeks also contributed to the local markets’ gains. Accordingly, local PP, LLDPE and HDPE registered the most significant increases while LDPE followed with more modest gains.

The locally-held homo PP raffia range was reported at $1430-1480/ton ex-warehouse Turkey, cash inc VAT, $1212-1254/ton without VAT . The data from ChemOrbis Price Indexes revealed that prices hit a 4 month-high on a weekly average recently. “The PP market was not as weak as PE even before the recent increases and it followed mostly a stable trend during June and the first half of July. Consequently, the recent firming trend happened to be more visible for PP,” some players commented. 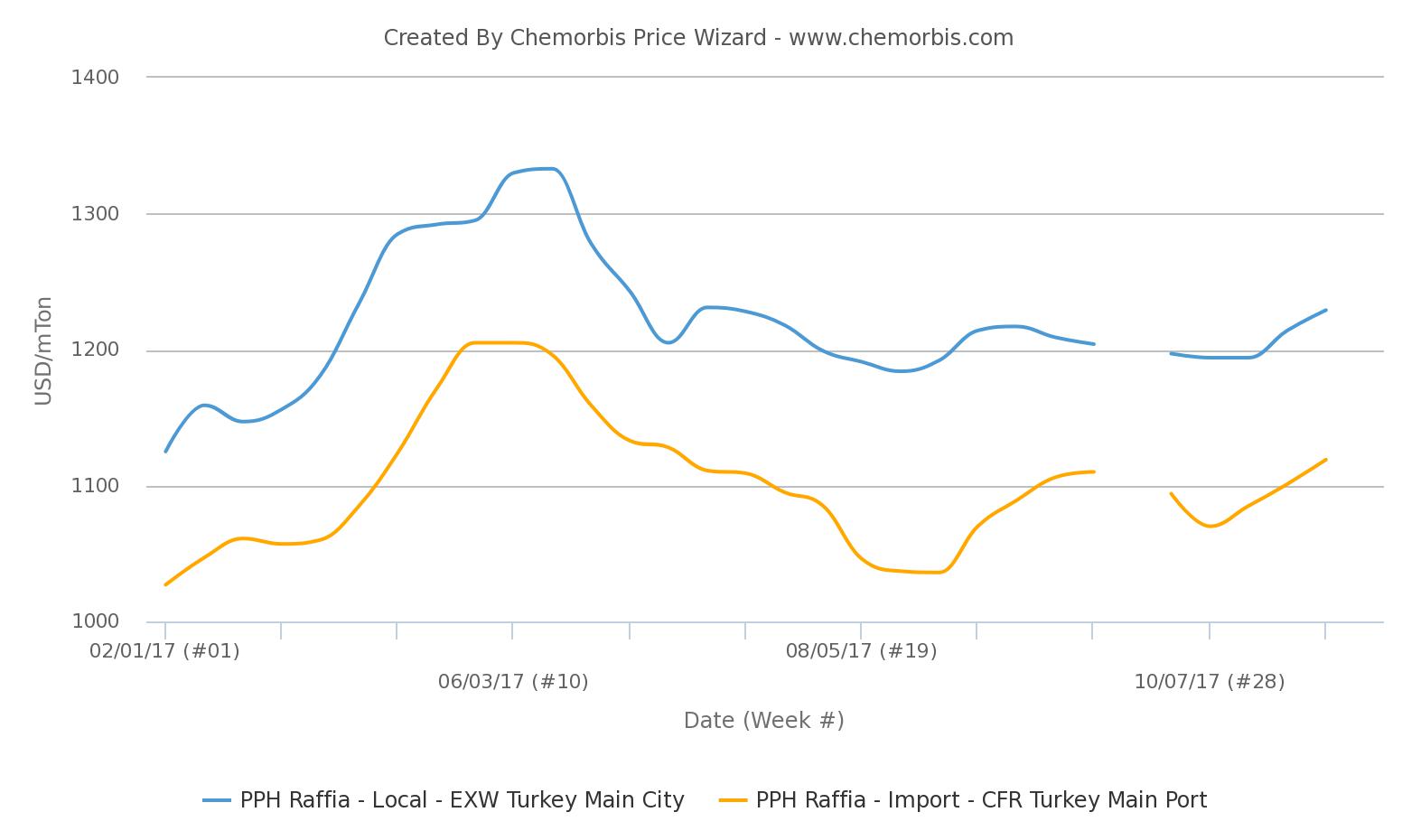 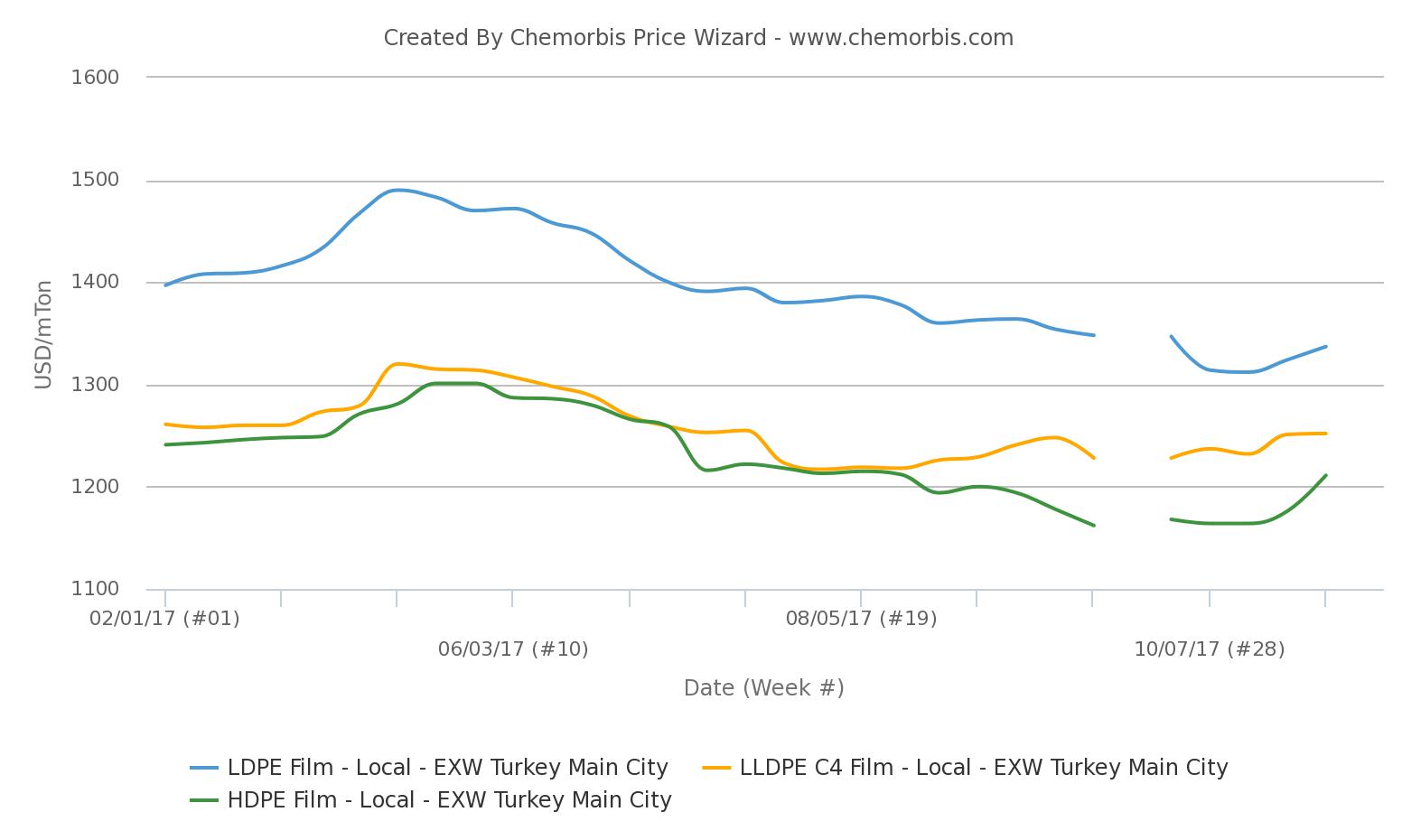 A packager thinks that sellers lifted the market supported by the lack of much supply. If more material arrives from Iran given the postponed approval decision, then hikes may cool off both for PP and PE, according to the buyer. Another PE converter also noted, “We made some stocks in July as we already expected to see modest hikes from our suppliers. Sellers who have stocks may trim their hikes and concede to rollovers later in month.”

Yet, a distributor reported concluding smooth sales for some HDPE products and homo PP since the firming kicked off while another trader commented, “PP raffia and HDPE film have been performing well in terms of activity among all others.”