by ChemOrbis Editorial Team - content@chemorbis.com
Turkey’s locally-held PS markets recorded dramatic increases to hit record high levels this week on the back of rapid hikes in the import market amidst a strong return from China’s market following holidays and higher feedstock costs compared to last month.

Massive increases in the import market, which were in place without ceasing since late December, caused remarkable jumps in the locally-held market recently, where GPPS and HIPS have been traded at par since early February. 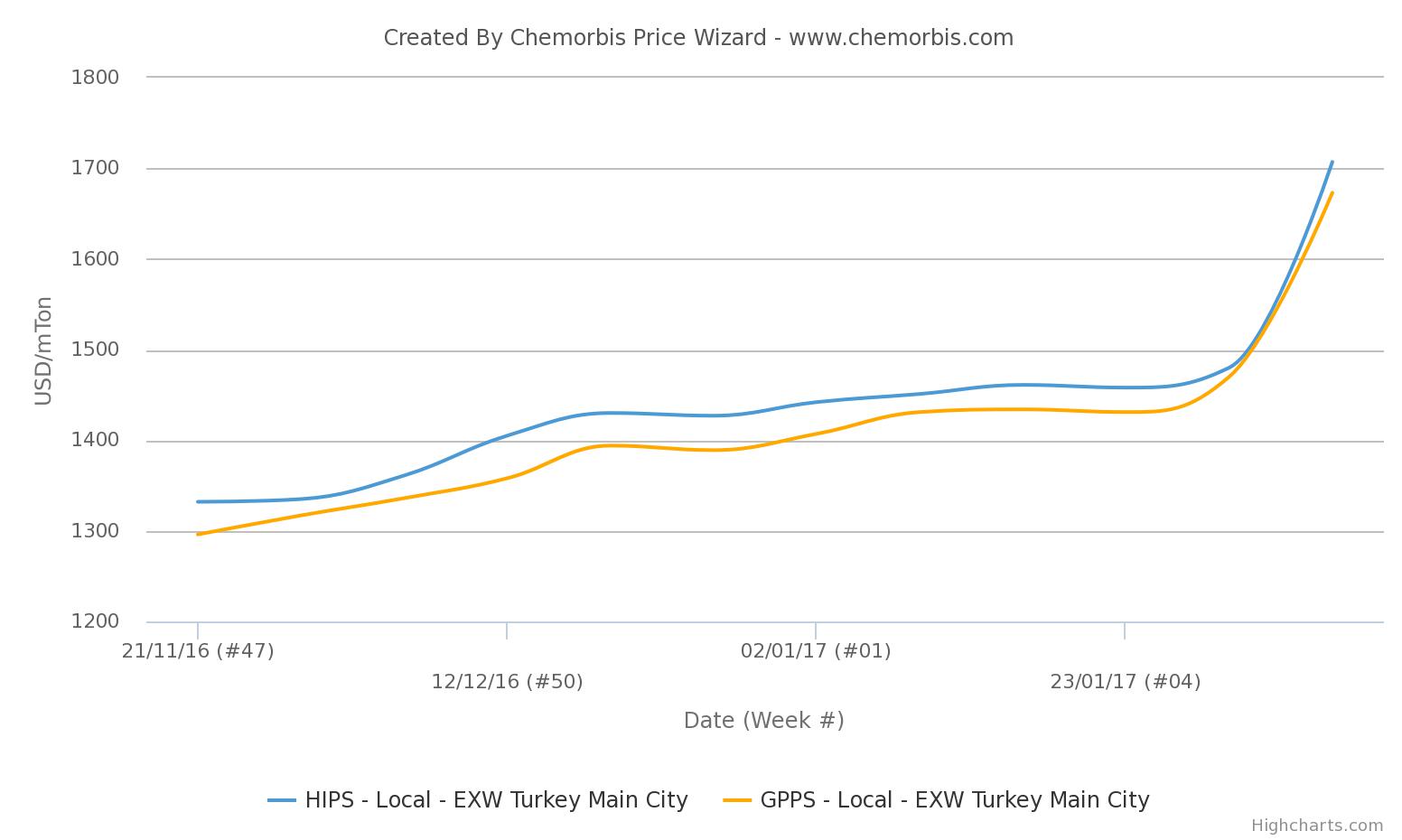 Meanwhile, HIPS prices posted sharper hikes of $250-280/ton to hit a 20 month-high at $1980-2050/ton with the same terms. Based on the current import prices, HIPS prices remain under upwards pressure for the near term.

“Our most recent replacement costs stand even above the prevailing market levels,” complained a distributor, expressing his reluctance to sell aggressively nowadays. Some players underline that PS supply may tighten in the coming days as traders in Turkey refrain from purchasing new cargos as they are not confident about demand and find current offers unworkably high.

Buyers, meanwhile, are at odds regarding the relentless increases. A converter commented, “We have to buy what we need no matter what the price is at the end of the day.” Another manufacturer has no plan to purchase material until PS prices see a correction. A seller agrees, “PS increases are a bit speculative and there are alternative products to which buyers can turn instead. Thus, we believe demand status will play a key role in the coming direction of the market.”