Long Iranian supplies weigh down on PE market in Turkey

by ChemOrbis Editorial Team - content@chemorbis.com
PE prices have been on a downturn since early March in Turkey. This has been in line with the falling prices in China since mid-February as well as dampened activity in the country. Among all PE grades, HDPE faced the most visible downward pressure given ample Iranian materials at bonded-warehouses for film and blow moulding in particular.

According to the data from ChemOrbis Indexes, the import HDPE film market has plunged by almost $160/ton on a weekly average since the beginning of the downturn. Offers for LDPE and LLDPE, however, posted cumulative drops of $130/ton and $120/ton, respectively. 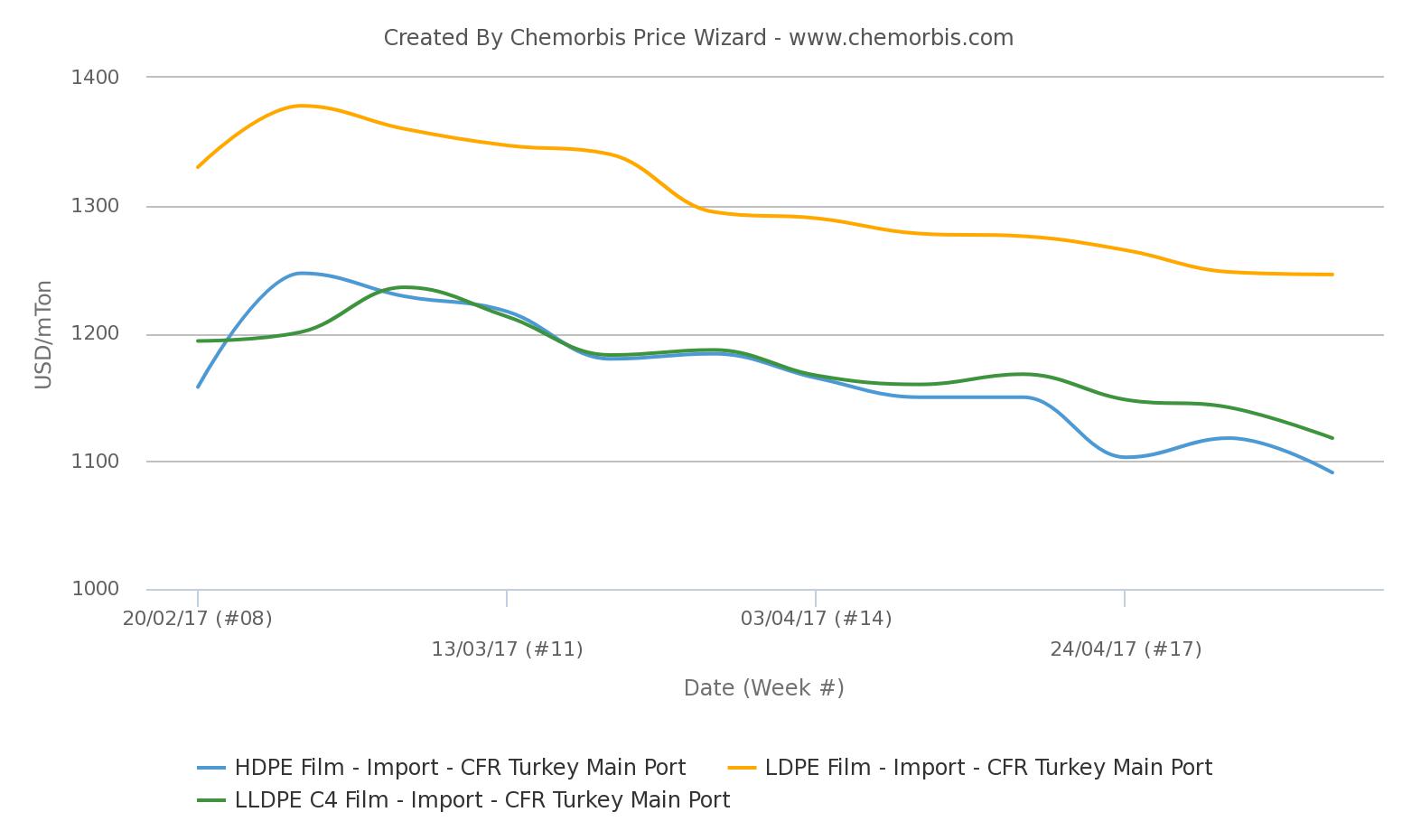 Some players attributed increased supplies for HDPE to the fact that Iran has been directing more material to Turkey as it has not been able to sell to China in the recent weeks. A source from a Mid-Eastern producer admitted, “Ample supply for Iranian HDPE grades exerts an extra downward pressure on this product and traders are open to give significant discounts.”

This was in tandem with claims that traders in China are facing difficulties in securing petrochemical goods from Iran nowadays due to the claim that China’s banks have started to impose some restrictions on opening letters of credit for transactions with Iranian parties. However, this claim has not been confirmed by official authorities yet.

Meanwhile, current Middle Eastern offers in Turkey are standing at $1240-1250/ton for LDPE, $1140-1160/ton for LLDPE and $1120-1150/ton for HDPE film, all CIF, cash, subject to 6.5% duty. Although they are currently balanced with the netback to China, they remain under clear downward pressure from the influx of competitively priced Iranian cargoes.