by ChemOrbis Editorial Team - content@chemorbis.com
According to ChemOrbis Price Index, China’s import PP prices have been losing ground since early April while PE followed suit with a few weeks delay. The downturn in Turkey’s PP and PE markets also kicked off in the latter part of April. In this timeframe, the overall losses of PP appear to have outpaced that of PE in both countries, according to ChemOrbis Price Index. 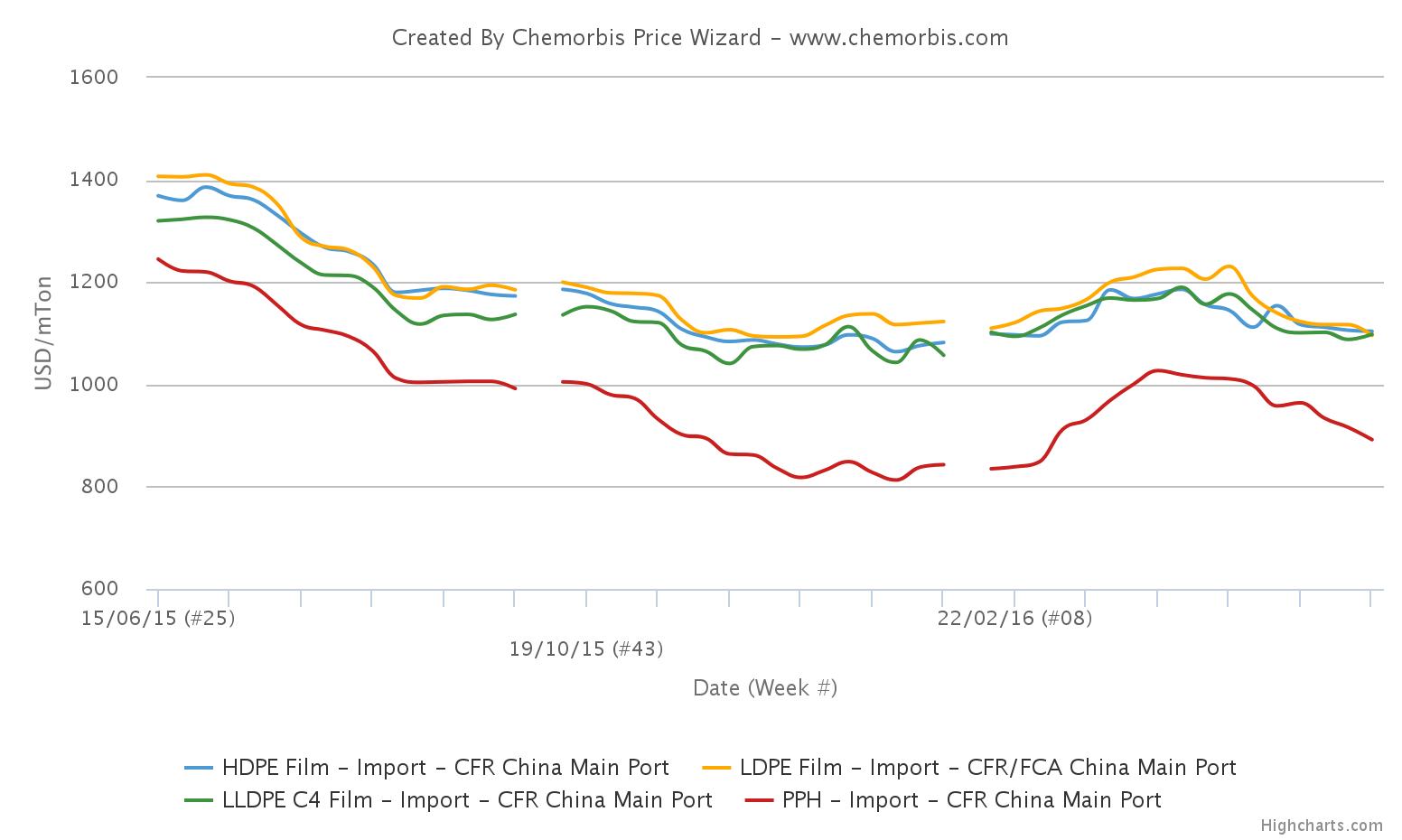 A similar situation has been in place in Turkey with import PP prices posting a cumulative loss of 17% since late April. On the other hand, the PE market witnessed comparatively smaller decreases of 11% for HDPE and LLDPE and 6% for LDPE.

Unlike China, Turkey’s LDPE market has posted a smaller decrease when compared to LLDPE and HDPE, which is attributed to relatively reduced supply for this product whereas players have been reporting ample availability particularly for HDPE. 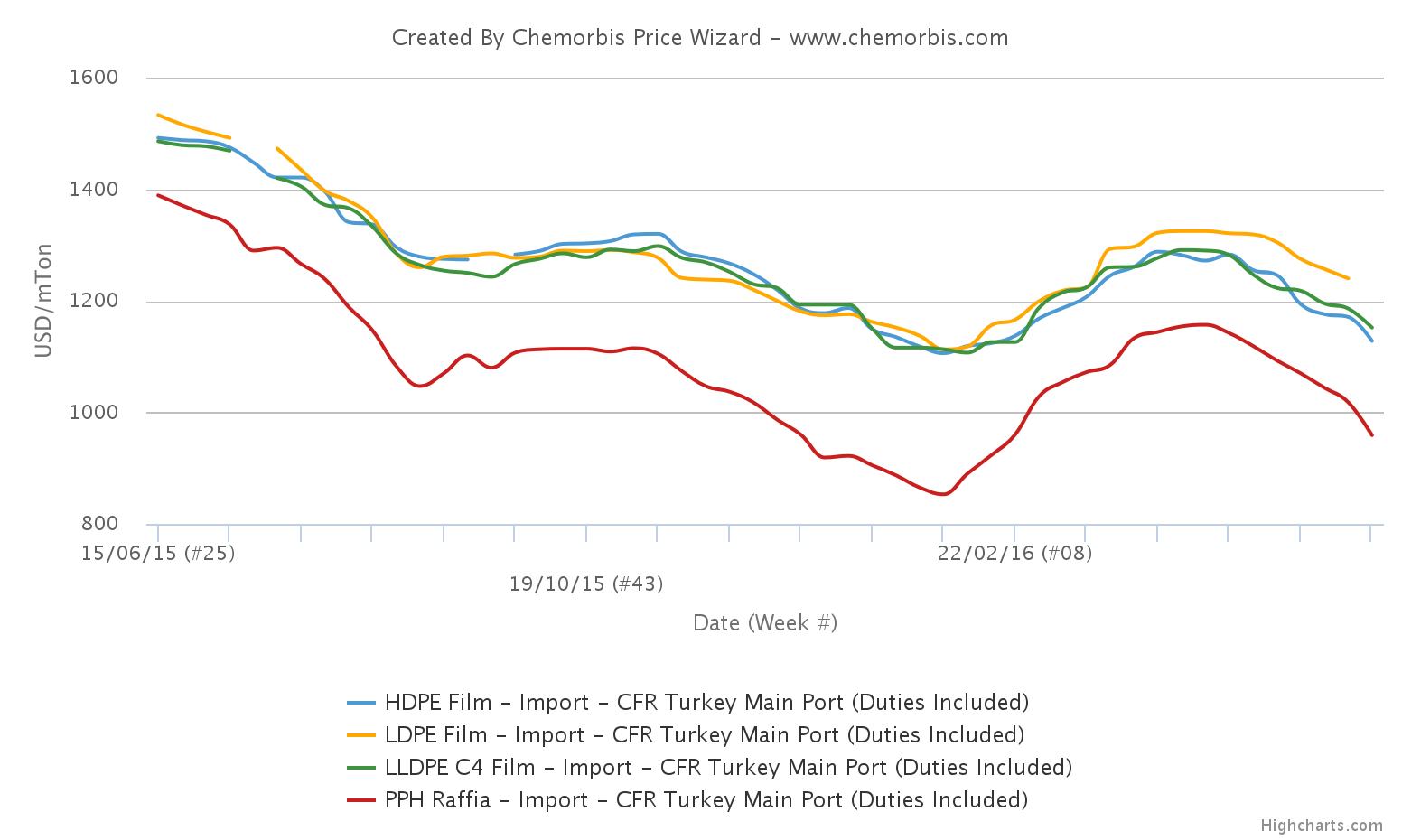 The reason why PP markets posted a more considerable loss than PE both in China and Turkey can be attributed to the previous upturn, where gains were sharper in PP. “PP prices were overstated during the upturn and therefore, their loss has become more visible due to swings in supply,” commented a trader.