by ChemOrbis Editorial Team - content@chemorbis.com
Spot ethylene prices in the US have posted steady drops since early May while they have hit a 16 month-low recently, according to the data obtained from ChemOrbis Price Wizard. The decreasing trend was in line with falling energy complex, where NYMEX crude oil futures were on a bearish path since late May.

Now that July offers in the downstream PVC market were rolled over in Asia and the widespread expectations about a lower outcome for July ethylene contracts exert pressure on European PVC prices, players believe that American PVC offers might also face pressure from falling ethylene prices. 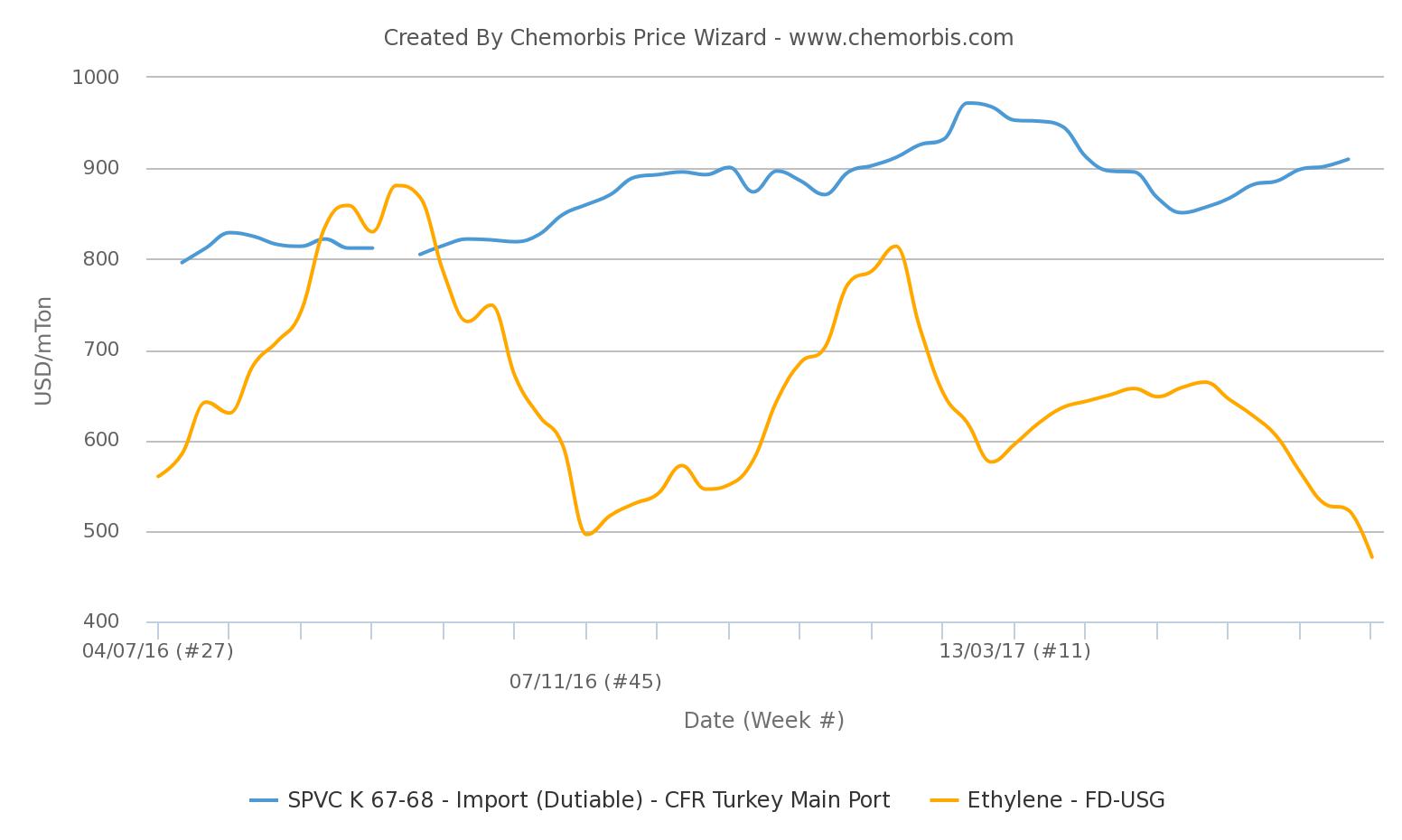 As can be seen from the graph above, spot ethylene prices in the US and import PVC prices, mostly for the US origin, in Turkey have been tracking opposite directions for the past one month. Apart from increased supplies for ethylene, recovered chlorine availability in the US in line with the return of plants from maintenance shutdowns may result in improved PVC availability and put pressure on US suppliers particularly in Q3, according to regional players.

Some participants in Turkey opine that lower ethylene costs may exert downward pressure particularly on the upper ends of American price ranges depending on the state of post-holiday demand. “We will try to obtain higher levels this week although we are unsure about the response of our customers as buyers are not fully back to their desks following Eid,” said a trader in Turkey.

An agent of a US producer reported, “Our source is seeking mostly rollovers for July, while it does not seem willing to give much discount from its price as demand in their domestic market remains satisfying. Demand is sluggish as of the first working day after the Eid while we expect to see slightly better activity next week once more buyers return from the extended holidays.”