by Merve Sezgün - msezgun@chemorbis.com
In China, PE players have received March offers from the Middle East with increases over the past two weeks in line with the cautiously firming trend. However, traders reported that buyers were not in a rush to secure fresh cargoes since most of them had replenished sufficient stocks before the Chinese New Year holiday.

A major Saudi producer has approached the market with increases for March, lifting its prices by $10/ton for HDPE film, $30/ton for LLDPE film and $40/ton for LDPE film when compared to February.

An agent of the producer attributed these hike requests to firm upstream costs, noting, “However, buyers’ initial response to higher announcement levels has been poor as their inventories are high and relatively competitive offers are obtainable in the local market. Some discounts might pass on deals.”

A Middle Eastern producer also announced its March PE prices to the country with a modest increase of $10/ton last week, saying, “We are feeling free from sales pressure after selling out our February allocations. Spot ethylene prices are still high, also supporting a slightly firming trend in Asia’s PE markets.”

Since the end of the Chinese New Year holiday, LLDPE futures on the Dalian Commodity Exchange have been tracking a volatile trend, which is closely monitored by PE buyers in China.

On February 27, LLDPE futures indicated a slight decrease of CNY50/ton ($7/ton) on a week over week comparison.

Two major producers’ overall polyolefin supplies reached slightly above one million tons following the week-long holiday as producers continued to operate their plants when most converters shut their factories and left their desks.

High supplies have exerted downward pressure on the local PE market since then, pushing sellers to offer some discounts in done deals.

This week, meanwhile, a few traders reported that overall polyolefin supplies have moved back below the one million threshold in line with slightly increased trading activity.

Spot ethylene prices in Asia have slightly softened this week after stabilizing at their highest levels since early October. However, data from ChemOrbis Price Index reveal that China’s import PE market has failed to regain its premium over ethylene despite the higher price announcements for March. 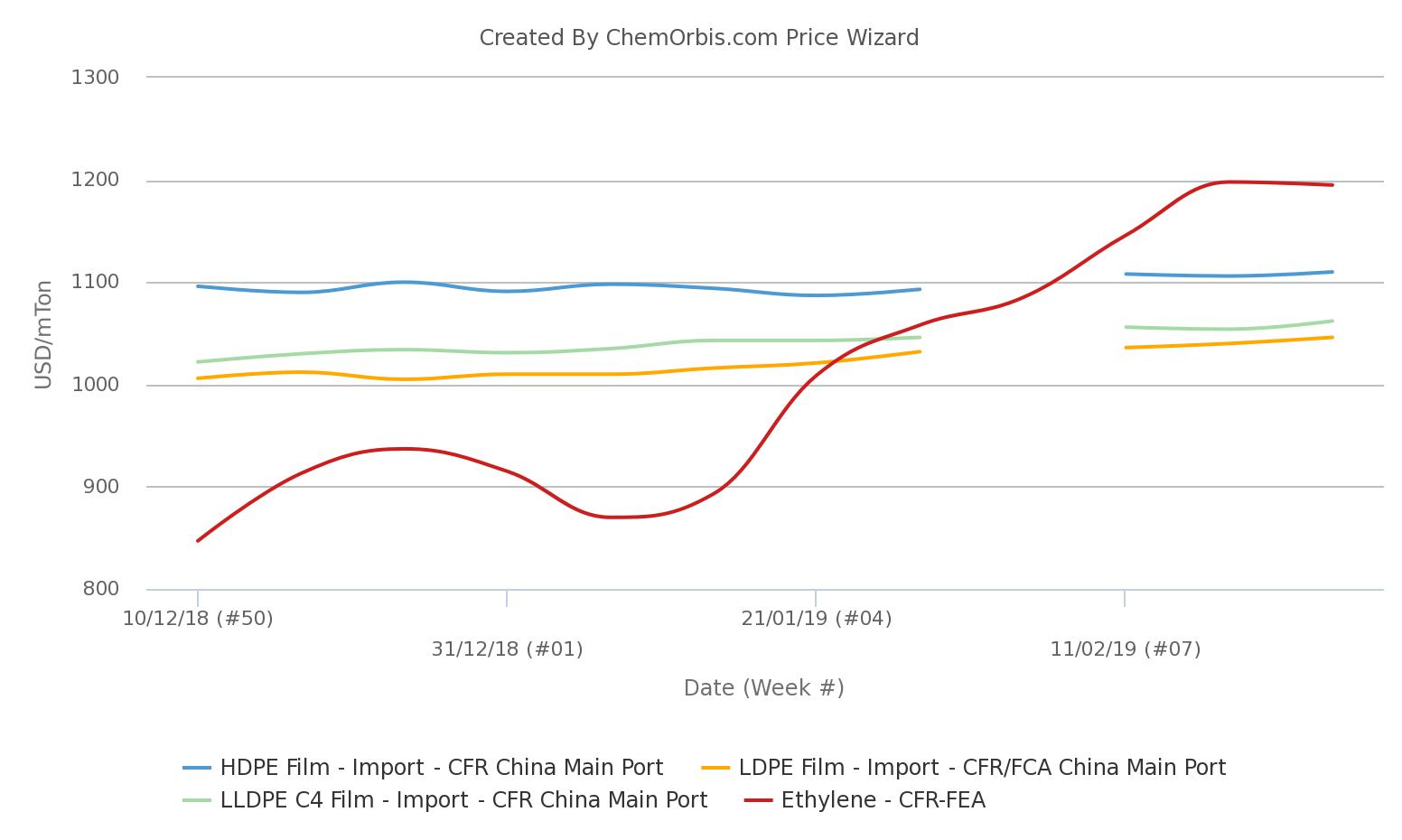