by Manolya Tufan - mtufan@chemorbis.com
February has become a month of rollovers in most cases despite the pressure from comfortable supplies and muted demand. Players are now discussing whether an upturn is possible in March based on a series of firm indicators while others still see a rebound early.

Firming import market is an important factor to watch

According to players, reduced import flow, as a result of firming prices in global markets, supported sellers to stand firm on their rollover requests in February.

“Tighter import availability from the US propped up prices this month, although demand has not been particularly good across the board, excluding Germany and Poland,” affirmed a converter.

Europe’s local PVC markets are believed to remain supported so long as global firming trend for PVC is sustained.

Demand may rebound depending on weather conditions

Demand was lower than January, according to several traders’ reports. However, it is believed to be better next month assuming that weather conditions will improve. A buyer opined, “We expect an improvement in demand for March and afterwards.”

According to the weekly average data from ChemOrbis Price Index, spot k67-68 prices in Italy and Northwest Europe hit their lowest levels not seen since January-February 2017. Data unfold that prices posted cumulative decreases of about €75-105/ton after following a mostly downward trend since the latter part of November of last year.

This might prompt sellers to compensate their margins lost in the previous months.

Early projections for the next ethylene contract call for small increases

Moreover, approaching maintenance shutdowns at regional crackers and stronger energy complex are expected to pave the way for increases in the next monomer settlement.

To track the most updated cracker production news, please see PE Production News (For members only)

A source from a West European major stated, “We will run a maintenance work at our PVC plant during spring. Several crackers will also be shut for maintenance works during April-May period, which might keep ethylene supplies tight.”

“As for March, we heard increase expectations of around €20/ton for the next ethylene contact. If ethylene settles higher, this will support PVC prices regardless the state of demand,” commented a converter.

Nevertheless, it might be difficult to push PVC prices up if the market fundamentals remain unchanged. Thus, the stable trend might be extended into March, according to some other participants. They also point to the marginal increases in the spot ethylene market.

Spot ethylene has risen only marginally so far in Feb

According to the weekly average data from ChemOrbis Price Wizard, spot ethylene prices on an FD NWE basis rose only marginally when compared to early February. 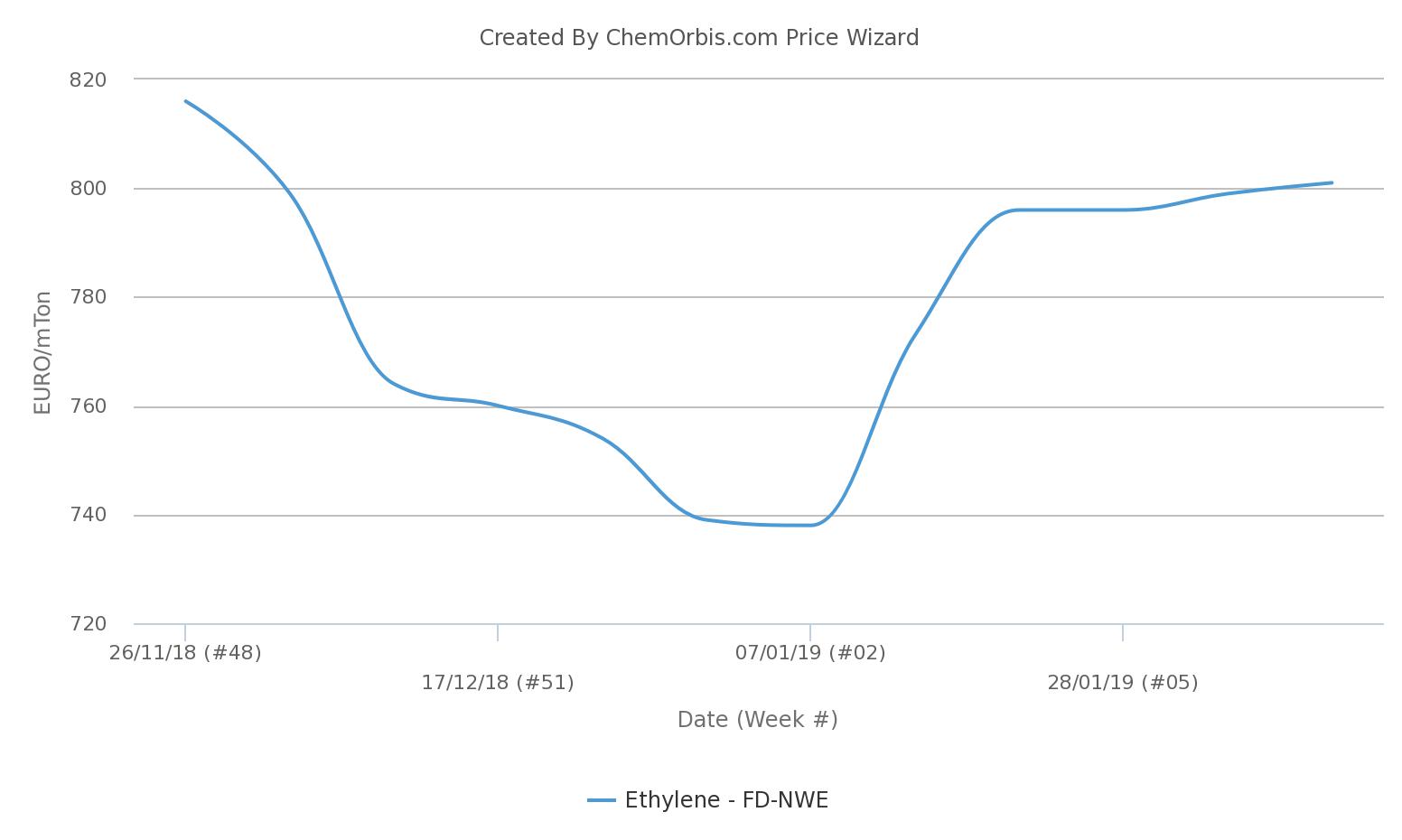