Skip to content
Tight supplies keep Asian PVC markets bullish
Asian PVC markets were holding on to previous levels during the week as most markets in the region were celebrating the Lunar New Year holidays but the sentiment stayed markedly bullish, as supplies were tight. There are expectations of availability being squeezed further as China reopens, with Beijing having lifted most of the COVID restrictions, raising demand within the local market...

by ChemOrbis Editorial Team - content@chemorbis.com
Sellers attempted higher homo PP prices for Middle Eastern and Iranian origins in Turkey this week. The main reason that paved the way for rising price targets from suppliers was the fact that prices have been consistently offering lower netbacks compared to China since H2 October. Activity, meanwhile, is considered muted as most players are busy with their year-end book closures. 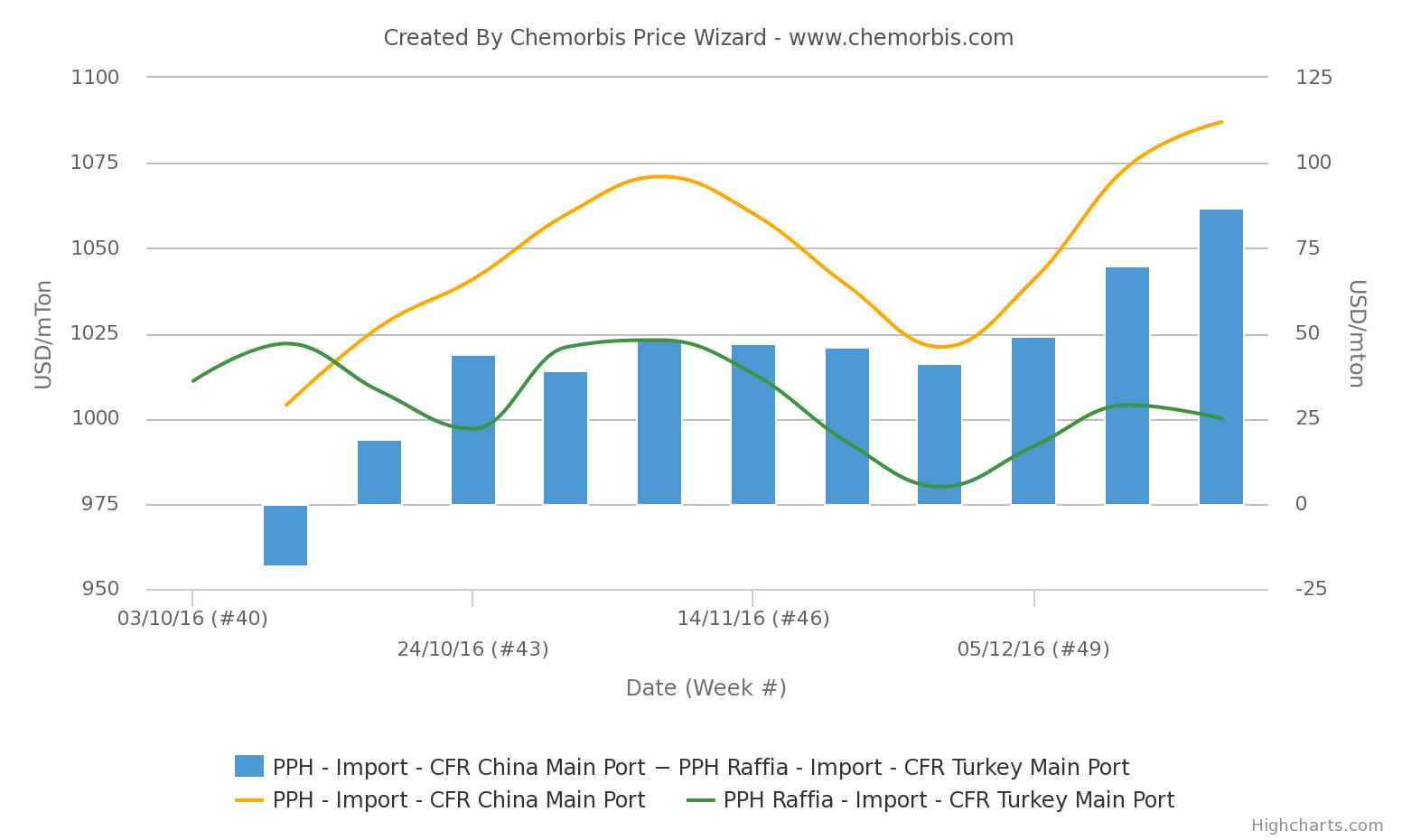 A global producer issued small hikes of $10-20/ton on the week. “We finished our remaining stocks while we expect to see higher levels for January. Last week’s strong wind calmed down and demand is slow this week, whereas the arbitrage between Asia and Turkey will force Saudi Arabian PP to move up to $1050-1070/ton. Nevertheless, prices at $1100/ton are not workable at the moment either,” stated a producer source.

Iranian PP raffia prices were up $15-20/ton to $1050/ton CPT Turkey, subject to 6.5% customs duty, cash, while a trader claimed to have concluded PP fibre sales at $1075/ton with the same terms. Some traders commented that the reasonable Iranian fibre levels would be $1100/ton but there was not much material from Iranian producers these days. “Buying interest is low for the uppers ends in Turkey’s PP market during the last days of the year,” a trader admitted.

Traders hold firm expectations for next month, saying prices may gain ground until Chinese New Year holidays. However, some raffia buyers believe that no hikes could be materialized considering the financial issues in Turkey and high dollar parity. Plus, they argue that demand in China may lose steam due to nearing holidays next month which could affect the global trend. The country will be celebrating New Year starting from late January.