by Merve Madakbaşı - mmadakbasi@chemorbis.com
American PVC prices have moved slightly upwards in global markets for around two months. Suppliers’ firmer stance was supported by reduced output from the US, although demand has not been vivid enough to push the market further higher recently.

US producers intended to lift their export offers in the last months of 2018. However, their attempts mostly failed due to low demand from export destinations amid a widespread holiday mood across the board due to new-year festivities.

This was also widely visible in Turkey, which had been a main outlet for the US origin for years until mid-2018, when the enhanced duties and buyers’ lower purchasing power started to drag down import PVC volumes from the USA gradually.

Supply constraints in the US have partially supported hike requests as 2019 kicked off. Players expect to see limited export quotas from US PVC makers throughout Q1 based on a series of current or upcoming shutdowns at Formosa Plastics, Shintech and Westlake Chemical.

“US sources preserved their firm goals supported by shipment delays of 2-3 weeks during the holiday season,” remarked some players in January. 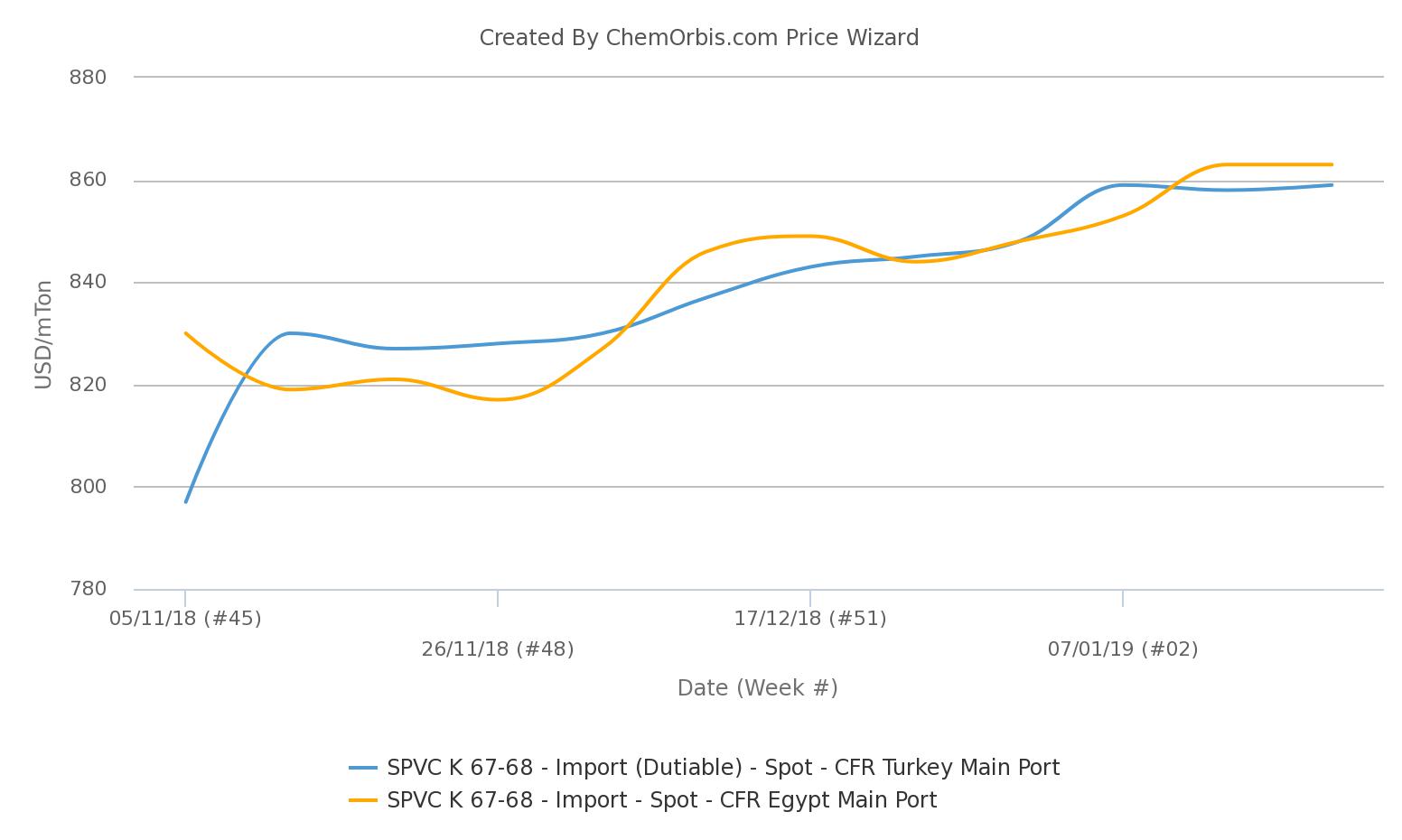 Plus, spot ethylene prices rebounded from around a 4-month low in early December which was another justification behind US producers’ hike targets. Stronger ethane costs and improved demand were cited as main reasons behind the rise for ethylene as they sent spot prices to a month-high in the first half of this month.

Uptrend for US PVC loses steam in H2 January

American offers have recently stabilized both in Turkey and Egypt, as can be seen on the ChemOrbis graph above.According to traders in China, import US offers for February shipment were also steady on a weekly basis. The nearing New Year holiday in China was mainly blamed for the recent stabilization.

Traders in Turkey said, “Buying appetite from manufacturers remains thin ahead of local elections in March. They are shying away from securing long distance cargos due to the fluctuations in Turkish lira/USD parity and unpromising end demand. Moreover, it is hard to afford a letter of guarantee with these high duties on American PVC for many buyers,” players concurred.