by ChemOrbis Editorial Team - content@chemorbis.com
In Turkey, Far East Asian ABS prices continue to emerge with monthly decreases. An agent of a South Korean producer received new August offers for ABS natural and white at $1570/ton and $1900/ton, respectively, CIF Turkey, cash. These levels represented decreases of $80/ton for natural and $130/ton for white on the month.

A different South Korean producer, who already implemented reductions of $50/ton on their ABS offers, conceded to additional drops of $50/ton on their transactions. A trader stated, “We obtained another $50/ton drop from our supplier and their total August drop reached $100/ton. We replaced a limited amount of material due to weak demand and stiff pressure from competitive prices in the market.”

A Taiwanese ABS producer issued $40/ton drops for August from their last July levels. The move brought the seller’s prices to $1545/ton for natural and $1695/ton for white grade, CIF Turkey, subject to 6.5% customs duty, cash.

Import ABS prices have been on a bearish trend since mid-May in Turkey. The recent prices are the lowest levels since early February this year, according to ChemOrbis Price Index. Players attributed the latest price cuts to poor demand and lower energy costs, which also drove styrene, butadiene and ACN costs south. 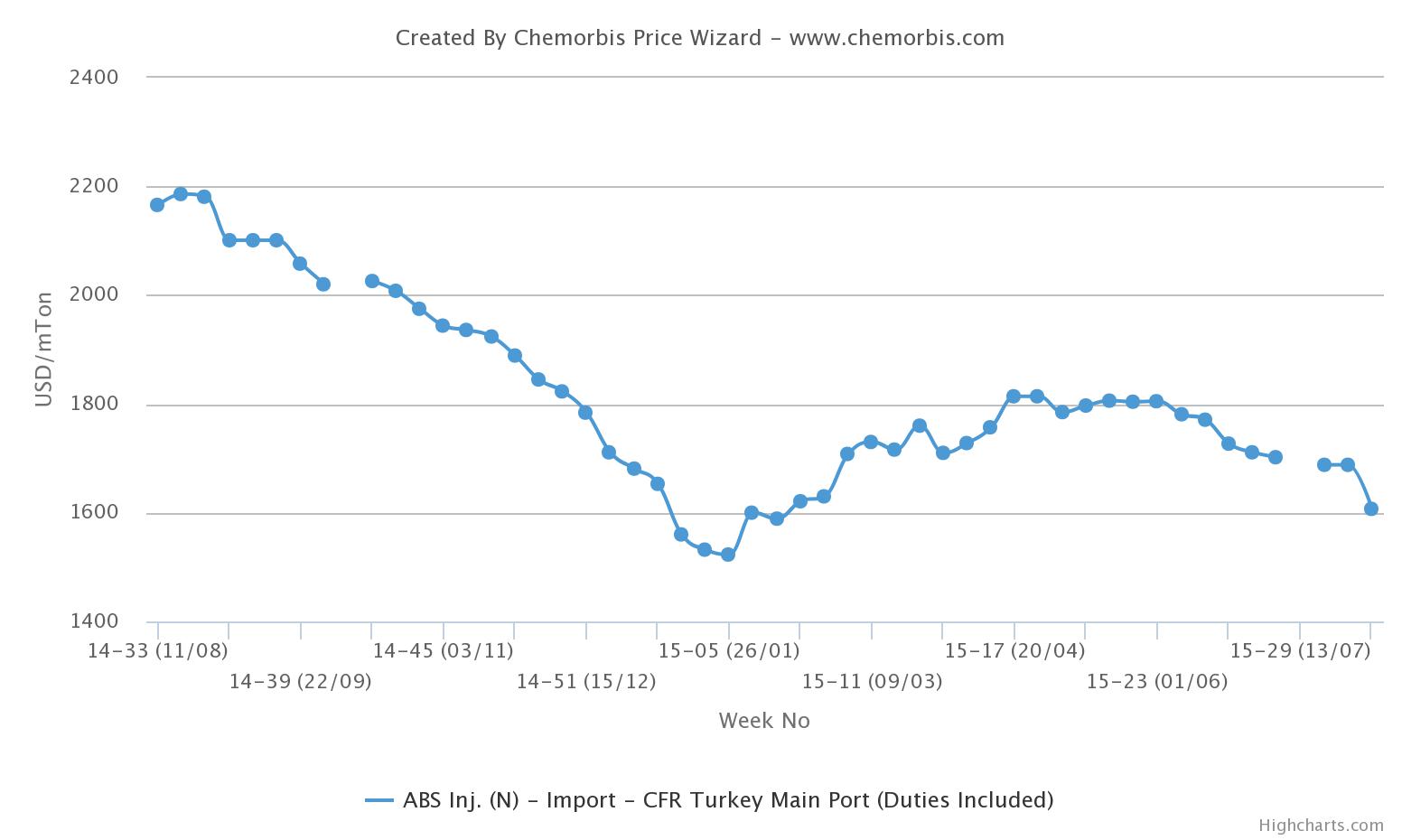