by Merve Madakbaşı - mmadakbasi@chemorbis.com
Global crude oil futures followed a bullish path since early March before the rally stumbled late last week. Yet, it was eye-catching that neither ethylene propylene and styrene monomers nor PX responded to crude’s surge due to a series of reasons.

The increasing trend in oil futures gained momentum by late April amid supply woes driven by the US administration’s decision to end sanction waivers granted to 8 importers of Iranian oil last November.

Nonetheless, the rally in the energy complex has faltered recently as concerns about oil supply happened to be short-lived and futures closed the last three sessions of the past week lower.

After hitting more than a 4-month high in mid-February, spot ethylene prices in Asia reversed direction and were dragged down by weak buying interest. Ample supplies also reinforced the erosion with prices on a CFR Northeast Asia basis diving to three-and-a-half-month low last week, as can be seen from the graph below obtained from ChemOrbis Price Wizard. 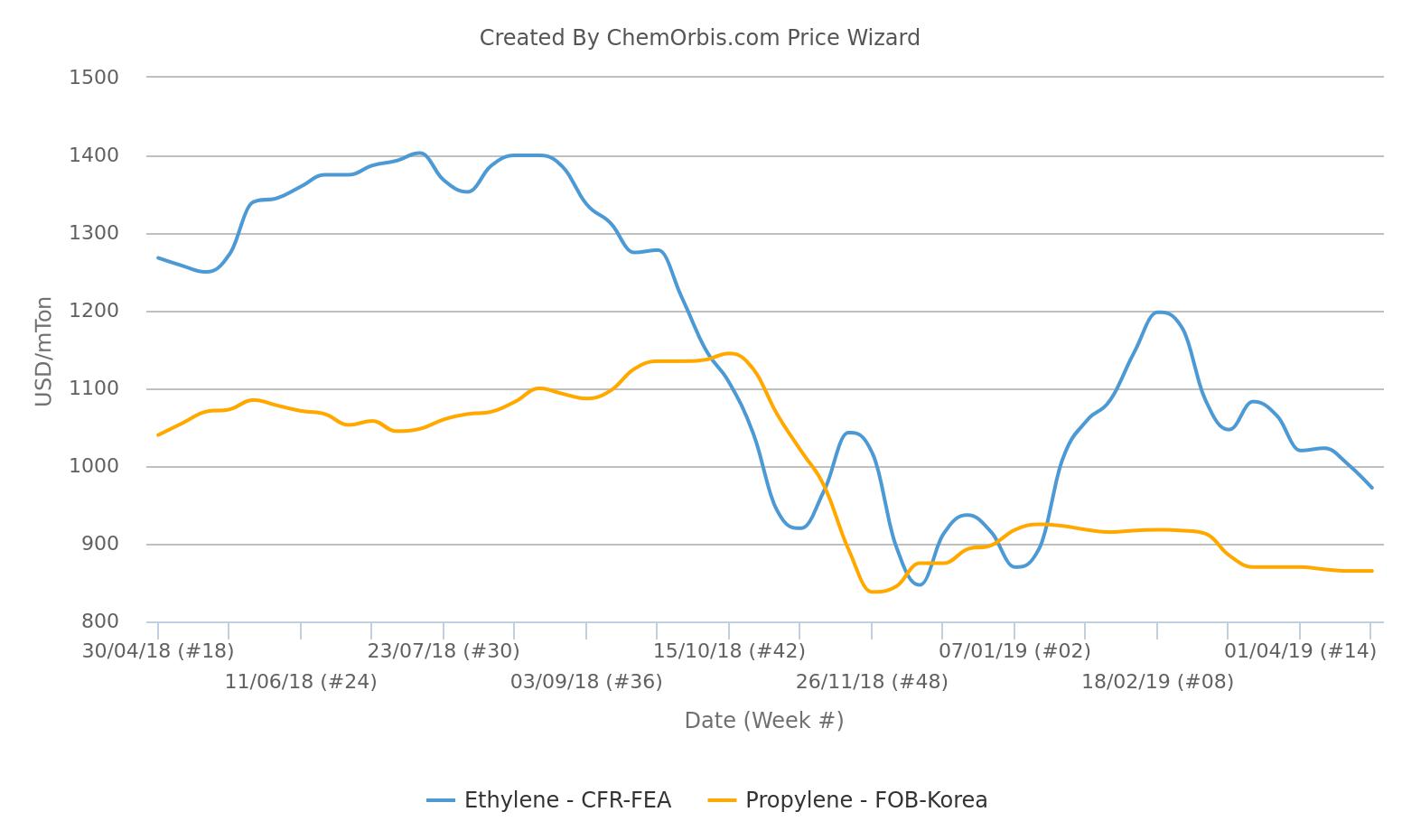 Spot propylene prices steadily softened since the beginning of March before they relatively stabilized by mid-April at their lowest levels unseen since late November 2018, as the weekly average data from ChemOrbis Price Wizard above revealed. The cumulative lost neared $50/ton in the last two months following the recent losses that shrugged off oil hikes.

Similar to the case for ethylene, lower spot propylene prices were mainly attributed to increasing supply levels following restarts of some PDH (propane dehydrogenation) units across the region.

Delta between spot propylene and naphtha has been at nearly 3 –year low on a weekly average, on a side note.

At the end of last week, spot styrene prices on an FOB Korea basis stood at their lowest levels since mid-November last year, according to the weekly average data from ChemOrbis Price Wizard. This was despite the regional maintenances at styrene units as well as the fact that styrene is traditionally a sensitive monomer to the movements of the energy complex.

It remains to be seen whether or not the recently lower styrene supplies in China’s domestic market will prop up spot prices in the days ahead, meanwhile. 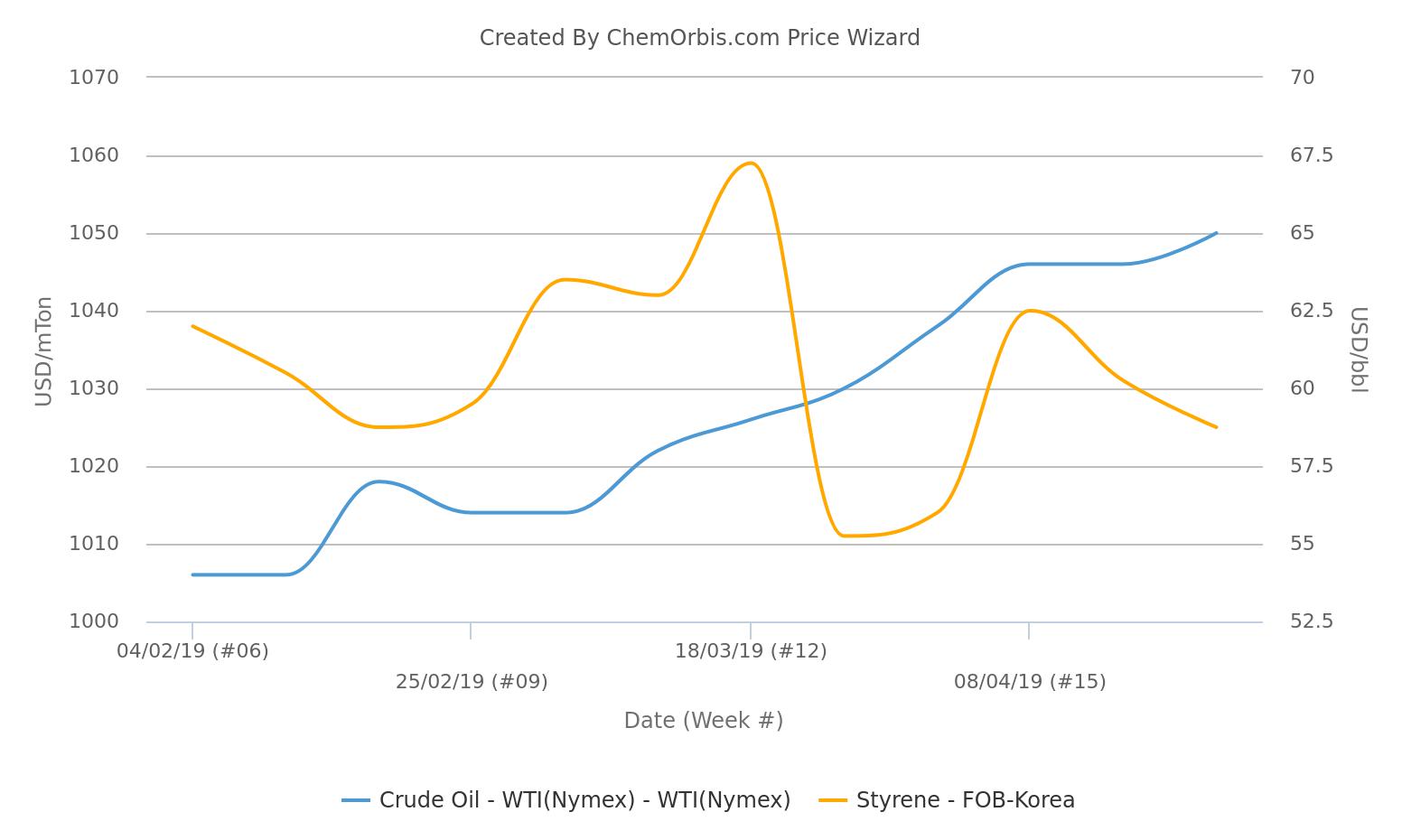 Spot PX prices were also unresponsive to the steady gains in the energy complex. ChemOrbis Price Wizard suggests that the spot market has steadily lost ground since early March by more than $160/ton in total with $60/ton only being reported last week.

Lousy demand was mainly blamed for the constant losses in the PX market in the midst of upcoming new capacities.