Muted PVC activity weighs down on prices in Turkey

by ChemOrbis Editorial Team - content@chemorbis.com
In Turkey, an increasing number of traders are complaining about the lack of demand for PVC this week, which resulted in slight downward adjustments on the high end of the k67 ranges. Turkey’s PVC markets were on a firming trend since May, supported by reduced supplies from Europe. 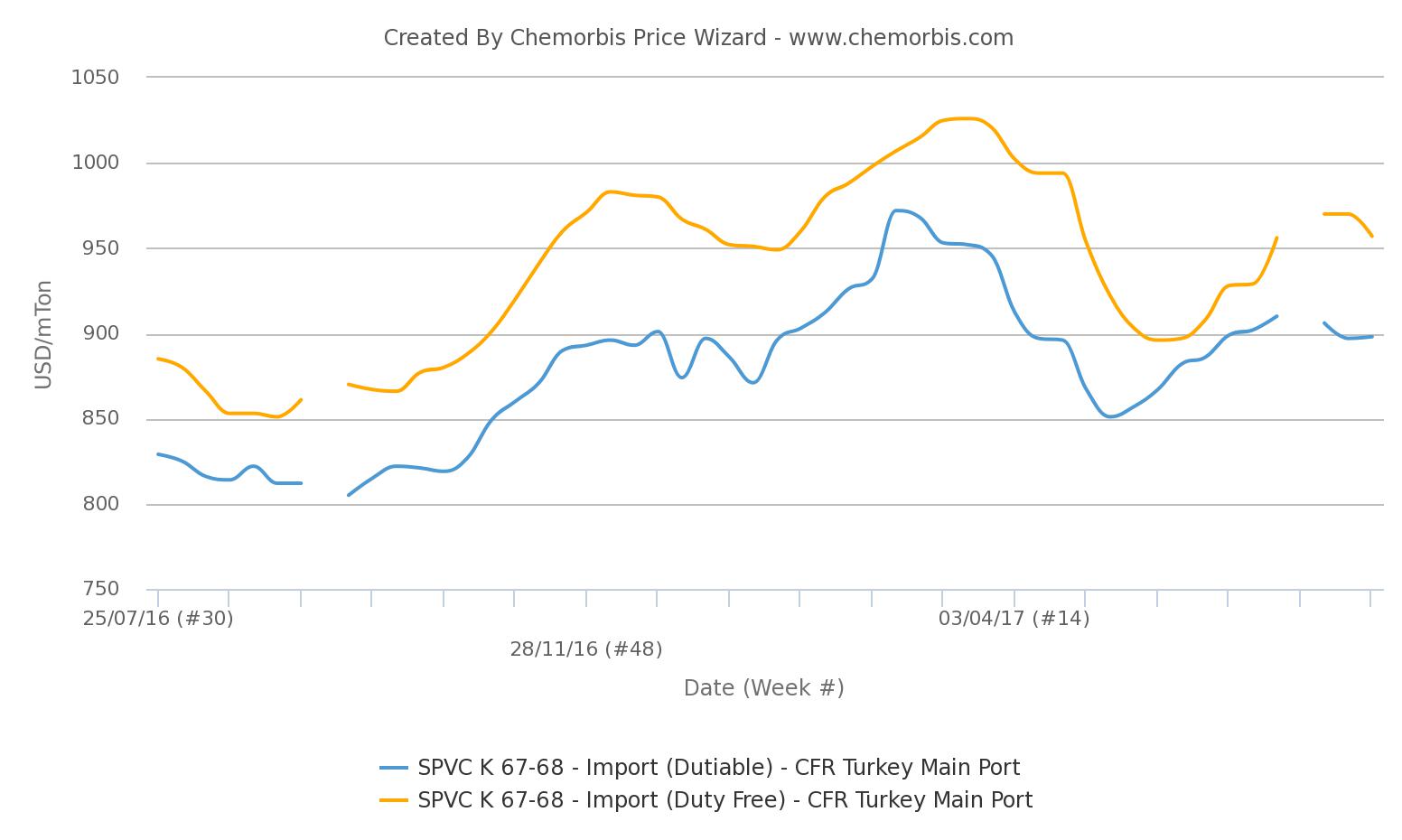 “Sellers have been more open to slight discounts in response to firm bids from buyers considering the lack of supply concerns as well as poor buying interest for PVC k67,” players opined.

Import European PVC k67 offers are reported at $950-970/ton CIF Turkey, cash, down $10/ton on both ends week over week. A trader projected that European k67 prices may slightly soften further if buying appetite does not recover.

Mexican PVC k67 with ATR continued to be priced at $950/ton CIF for the fourth week in a row, as sellers were not be able to lift their offers for this origin despite their previous intentions for the post-Eid period given unsupportive demand and sufficient availability, according to players.

In the local market, a distributor also said, “We are offering prompt materials at $1200/ton for PVC k67. However, we are yet to conclude any deals with our customers as demand is low.” Overall, k67 prices are reported at $1150-1200/ton ex-warehouse Turkey, cash inc VAT, with the low end being formed by Egyptian cargos.