by ChemOrbis Editorial Team - content@chemorbis.com
According to media reports, NYMEX crude oil futures broke below the $35/barrel threshold to settle at $34.95/barrel on Thursday due to ongoing oversupply concerns and a stronger US dollar following the Fed’s decision to raise interest rates by a quarter of a percentage point on December 16. According to weekly average prices on ChemOrbis Price Wizard, NYMEX crude oil prices are now at the lowest levels seen early 2009. ICE February Brent crude, meanwhile, was down 33 cents/barrel to settle at $37.06/barrel on Thursday. 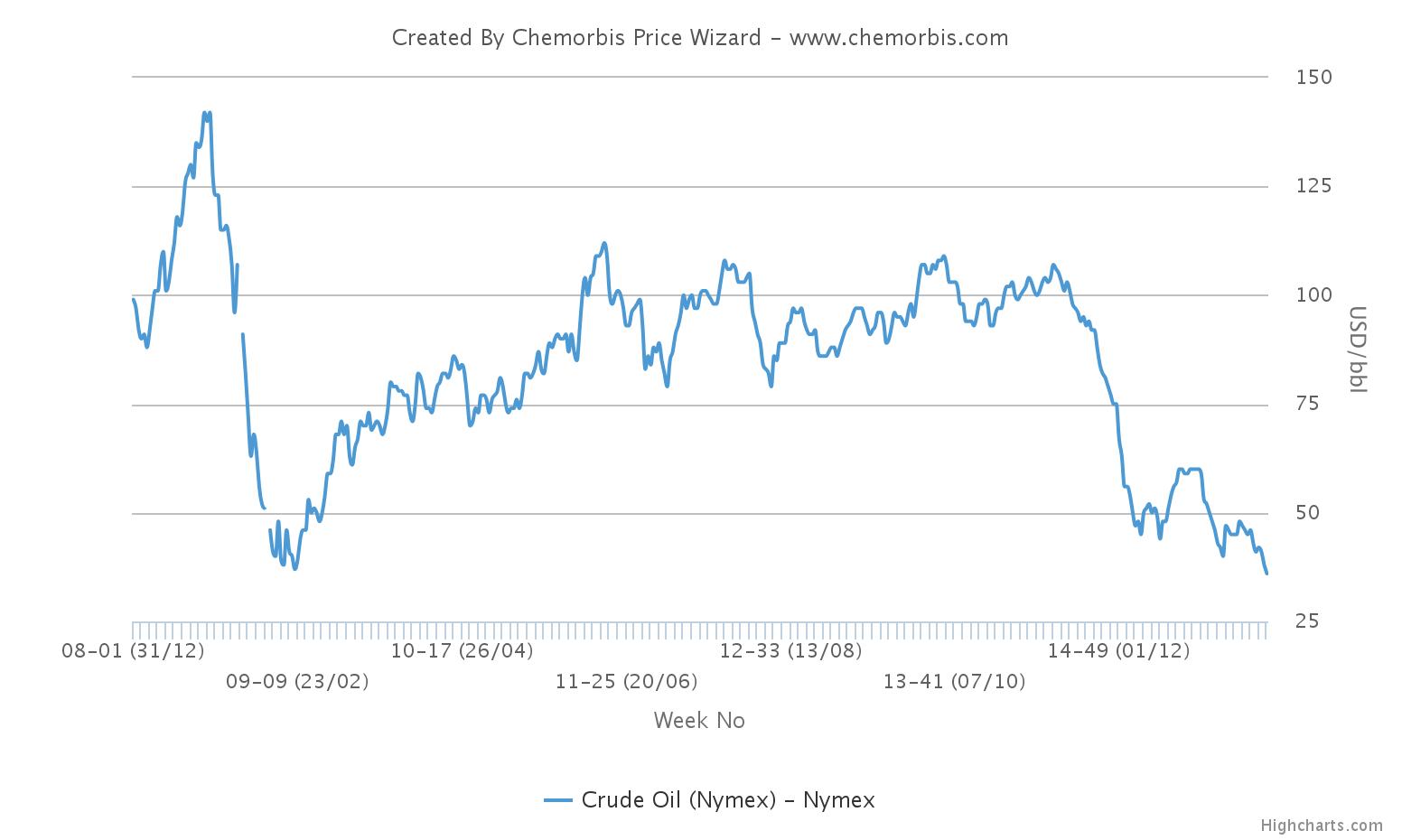 The US Energy Information Administration (EIA) reported on Wednesday that US crude oil inventories rose by 4.8 million barrels last week, although analysts had expected supplies to decline. Meanwhile, US crude imports also rose 291,000 barrels per day (bpd) to 7.87 million bpd last week, posting the highest level in a year.

Oil prices have posted significant decreases since June 2014 due to supply and demand imbalances. The latest data showing that US oil supplies have increased despite an already oversupplied market. Oil prices are under additional pressure from Iran’s plans to expand production following an expected easing of sanctions and the US Congress’ decision to end a 40-year ban on oil exports. OPEC countries also decided not to curb production at their meeting in Vienna last week.

According to Goldman Sachs, oil prices may fall to as low as $20/barrel amidst oversupplied oil markets.