by ChemOrbis Editorial Team - content@chemorbis.com
According to market sources, spot naphtha prices have fallen below the $300/ton threshold in Europe because of persistently weakening crude oil prices, which are currently standing at the lowest levels seen since late 2003.

Spot naphtha prices in Europe declined approximately $35/ton week over week to be currently quoted at around $295/ton on a CIF ARA basis, the lowest levels seen since early 2009, according to weekly average prices on ChemOrbis Price Wizard. 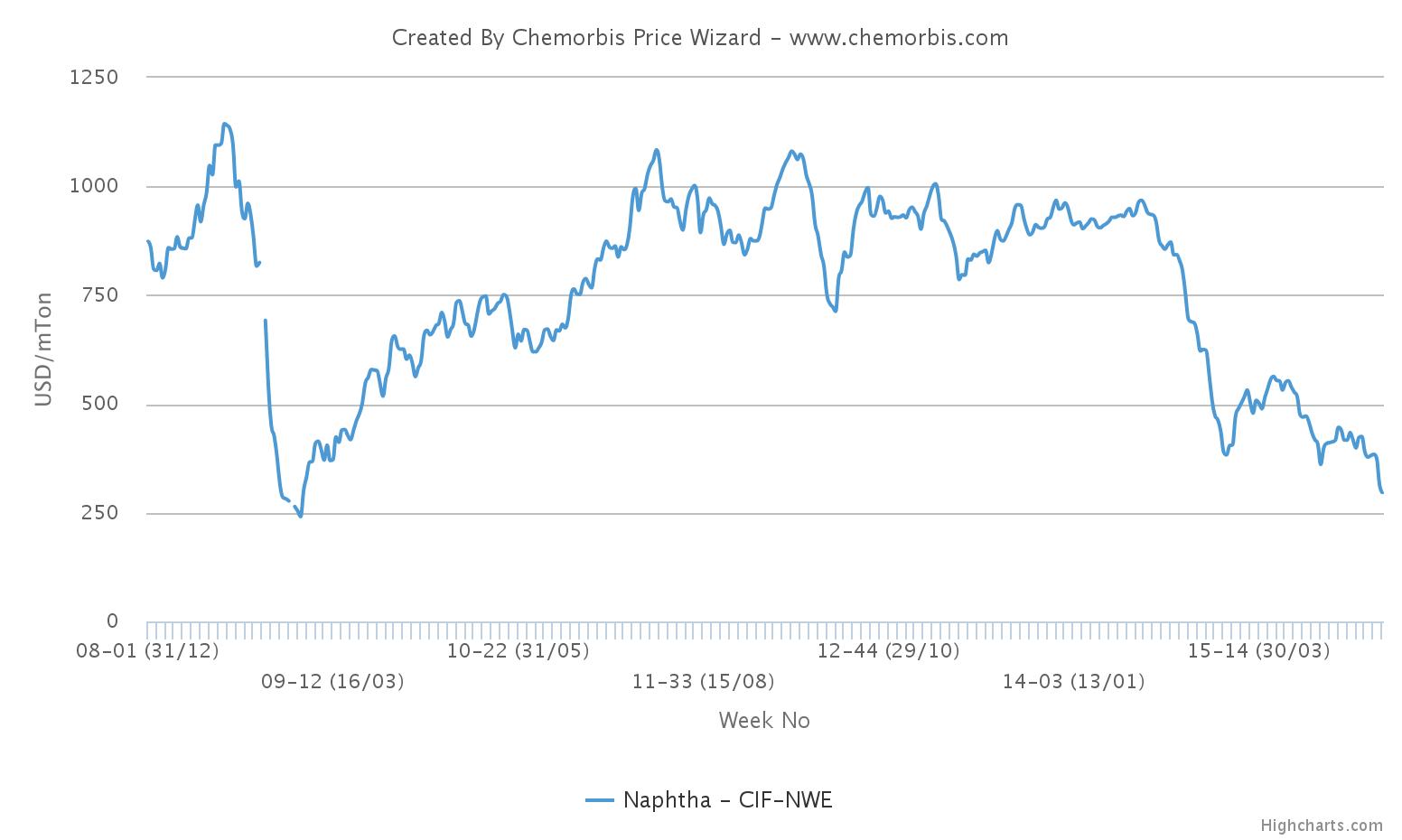 Asian naphtha prices have also been impacted by lower oil prices, which posted larger decreases of $55-60/ton from a week earlier to be currently reported between $325-330/ton CFR Japan. According to average prices on ChemOrbis Price Wizard, these levels are the lowest since the beginning of 2009.

On Friday, both NYMEX and Brent crude oil futures broke below $30/barrel threshold to settle at $29.42/barrel and $28.94/barrel, respectively, on rising oversupply concerns after the lifting of sanction against Iran’s oil exports.