by ChemOrbis Editorial Team - content@chemorbis.com
According to market sources, spot naphtha prices have dropped below the $400/ton threshold in Europe on weak downstream demand and lower crude oil prices.

Spot naphtha prices in Europe declined around $30-35/ton week over week to be currently quoted at around $380-385/ton CIF ARA. Weekly average prices on ChemOrbis Price Wizard showed that spot naphtha prices have fallen to post the lowest levels seen since the middle of March 2009.

Meanwhile, spot naphtha prices in Asia also fell by around $30/ton from a week earlier to around $425/ton CFR Japan, posting the lowest levels since the middle of March 2009 on a weekly average basis. 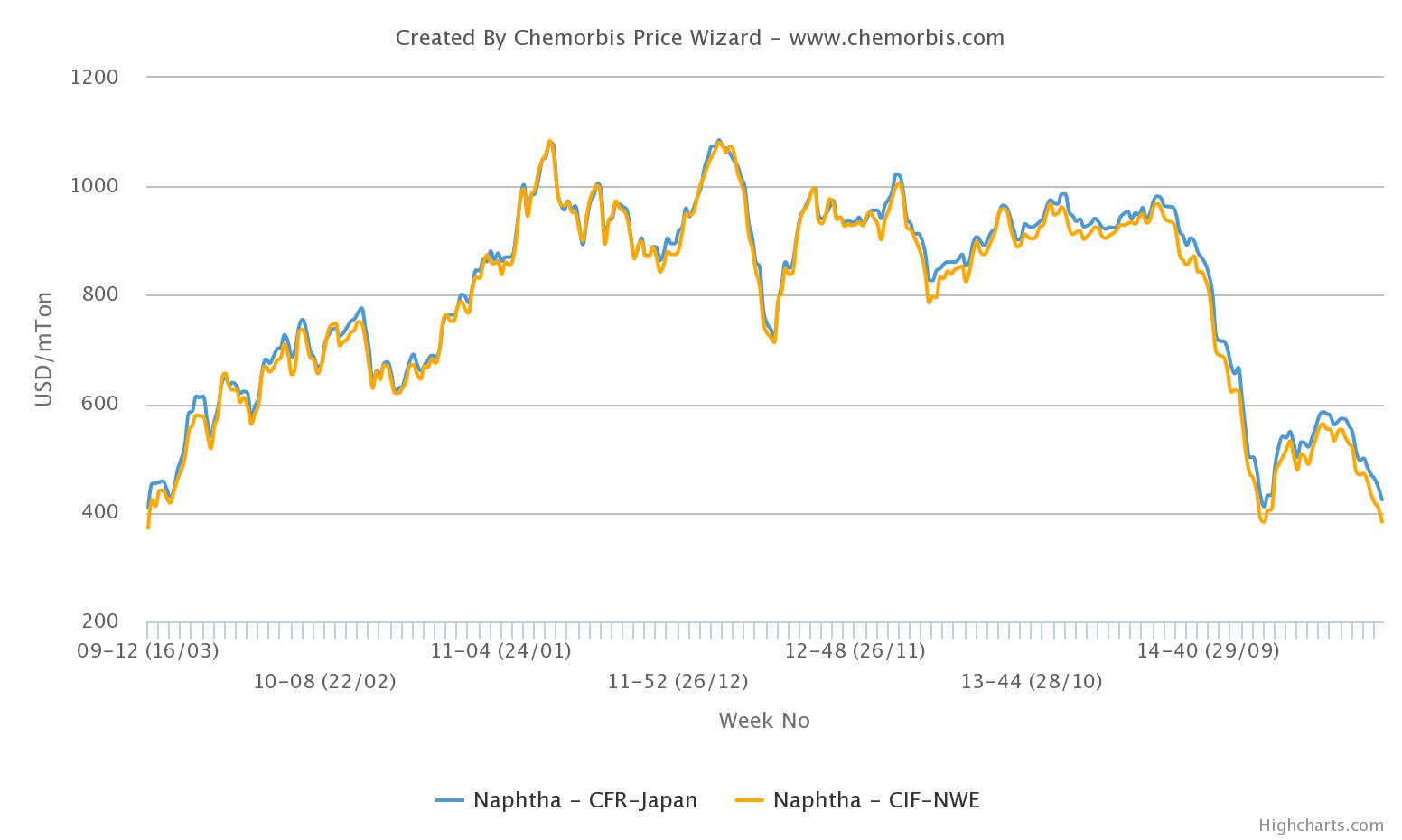