by ChemOrbis Editorial Team - content@chemorbis.com
According to market sources, spot naphtha prices posted consecutive increases to move above the $400/ton threshold in Europe due to higher crude oil prices. 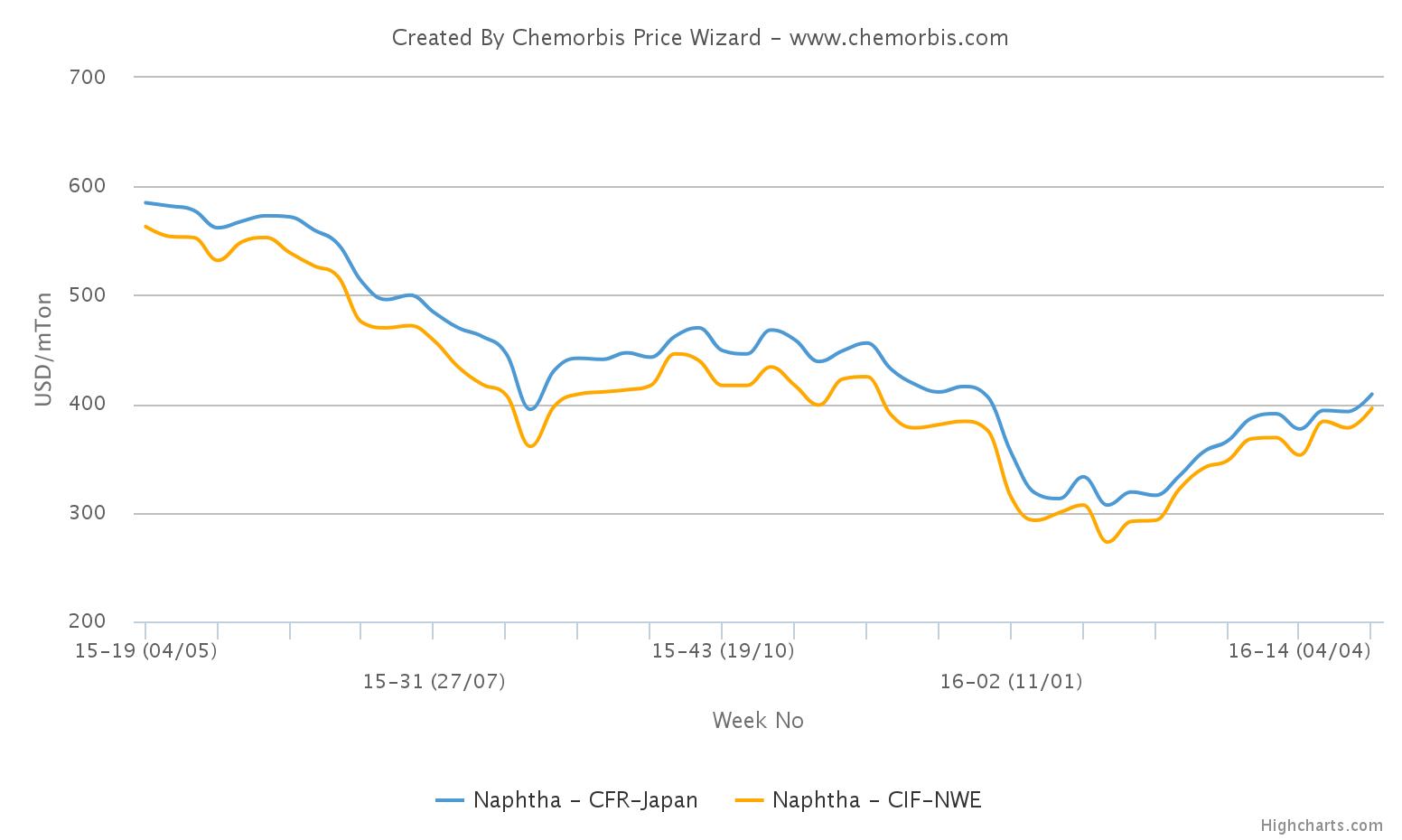