Spot naphtha prices in Asia declined around $25-30/ton week over week to be currently quoted at around $495/ton CFR Japan while the prices have plunged approximately $55-60/ton compared with the beginning of the month. 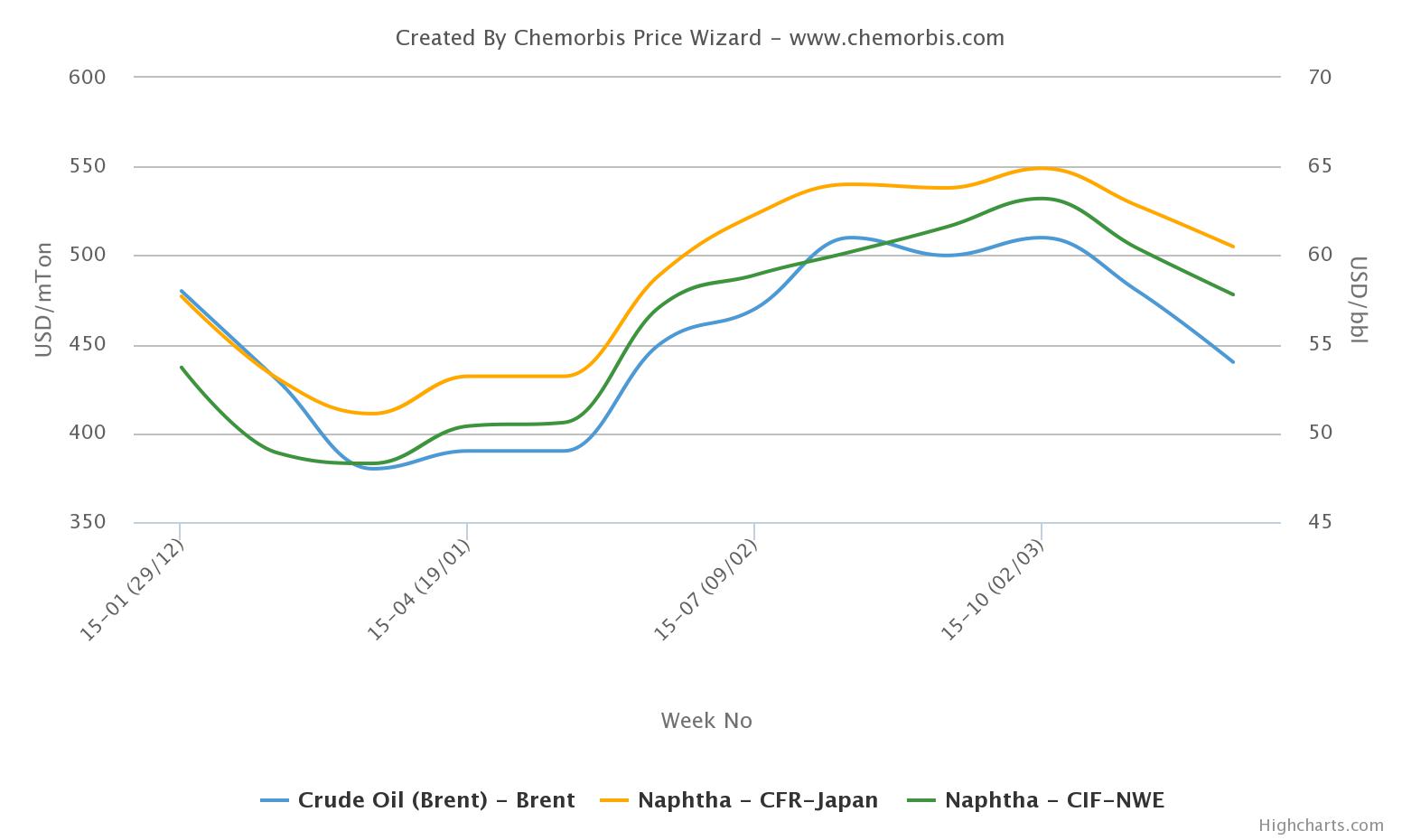