by ChemOrbis Editorial Team - content@chemorbis.com
European GPPS and HIPS markets shifted direction in October based on the three-digit decline in styrene settlement while transactions have been reported €90-100/ton lower in most accounts so far this month. The ongoing bearishness in styrene market kept early November expectations on the weaker side, meanwhile.

Some buyers pushed for the entire styrene fall of €110/ton on their PS deals after paying large hikes in September. They are mostly refraining from buying large quantities given the possibility of additional falls, heading to the year-end. Plus, the lack of supply concerns are adding to their reluctance to buy while there are many competitive import PS offers. 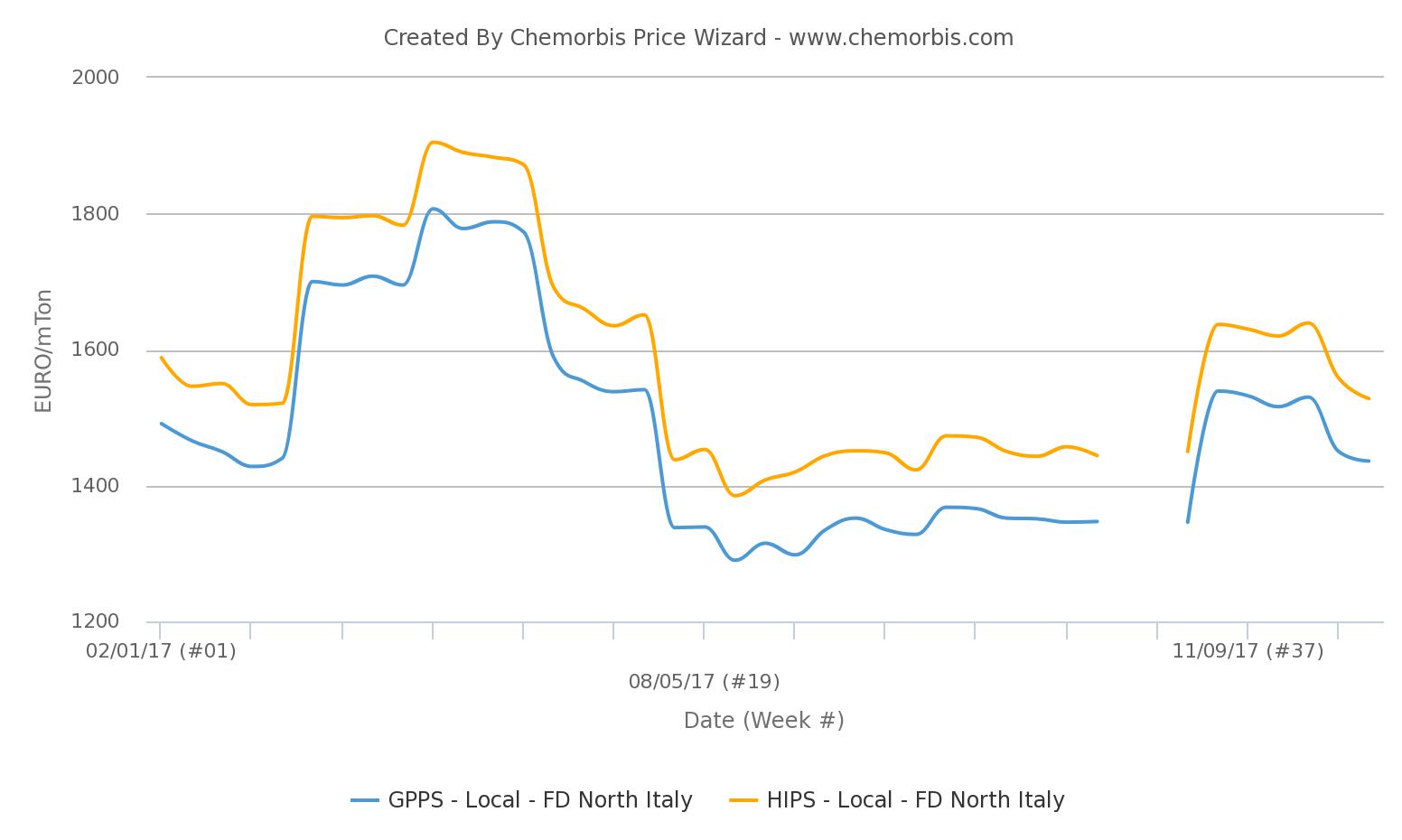 Weak projections for November from the side of converters are supported by falling spot styrene prices in Europe, which sank below the $1200/ton threshold on Tuesday on FOB NWE basis. They indicate a decline of nearly $50/ton since October started.
A PS distributor in Germany reported initially applying €80-90/ton decreases whereas bids from buyers emerged for larger drops of €110/ton. “Demand is not spectacular since some buyers are holding a wait-see stance in anticipation of seeing renewed drops next month. Moreover, some others are waiting to attend Fakuma 2017 in Germany on October 17-21,” he lamented.

A sheet converter in Italy paid €90/ton decreases for West European GPPS and noted, “We only met our basic needs this month. PS availability is smooth these days along with the offers for import cargos including Russian, Iranian and Korean origins.” Another buyer heard that a PS maker may issue further drops in the coming two months. “We are receiving more calls from our suppliers and there are various import cargoes offered at competitive prices this month, which affirms the rising stock pressure on sellers,” he stated.

A distributor Germany also reported selling West and South European cargos with €100-110/ton decreases. He added, “Activity might lose steam by December as manufacturers usually keep as little inventories as possible towards the year end.” Some sellers also complained about contracting PS demand as more buyers are shifting to PP, citing the volatility and sharp price variations in the PS market.