by ChemOrbis Editorial Team - content@chemorbis.com
On Monday, global crude oil futures nosedived following the news that Russia refused to go along with the OPEC’s decision to reduce oil production by an additional 1.5 million barrels/day.

In response to Russia’s decision, Saudi Aramco cut official selling prices for April and threatened to boost oil output above 10 million barrels/day after the previous production cut expires in late March. In other words, Saudi Arabia declared price war against Russia, sparking a panic mood through the global markets.

Russian Energy Minister Alexander Novak said on Friday that there is no deal between OPEC and its allies, adding that, “From April 1, neither OPEC nor non-OPEC producers will have oil restrictions.”

The previously proposed deal, which required Russia to cut production by 500,000 b/d, was to go into effect if only Russia joined in. The country’s refusal to agree on the proposed deal sent oil prices to multi-year lows, creating uncertainty over the global oil markets.

WTI and Brent crude oil futures logged their biggest daily plunge since January 1991, at the start of the first Gulf War.

According to the weekly average of ChemOrbis Price Wizard, WTI crude oil futures closed the week at around its lowest level since late 2018. Brent crude futures settled at their weakest level since July 2017 as per their closing levels on Friday. 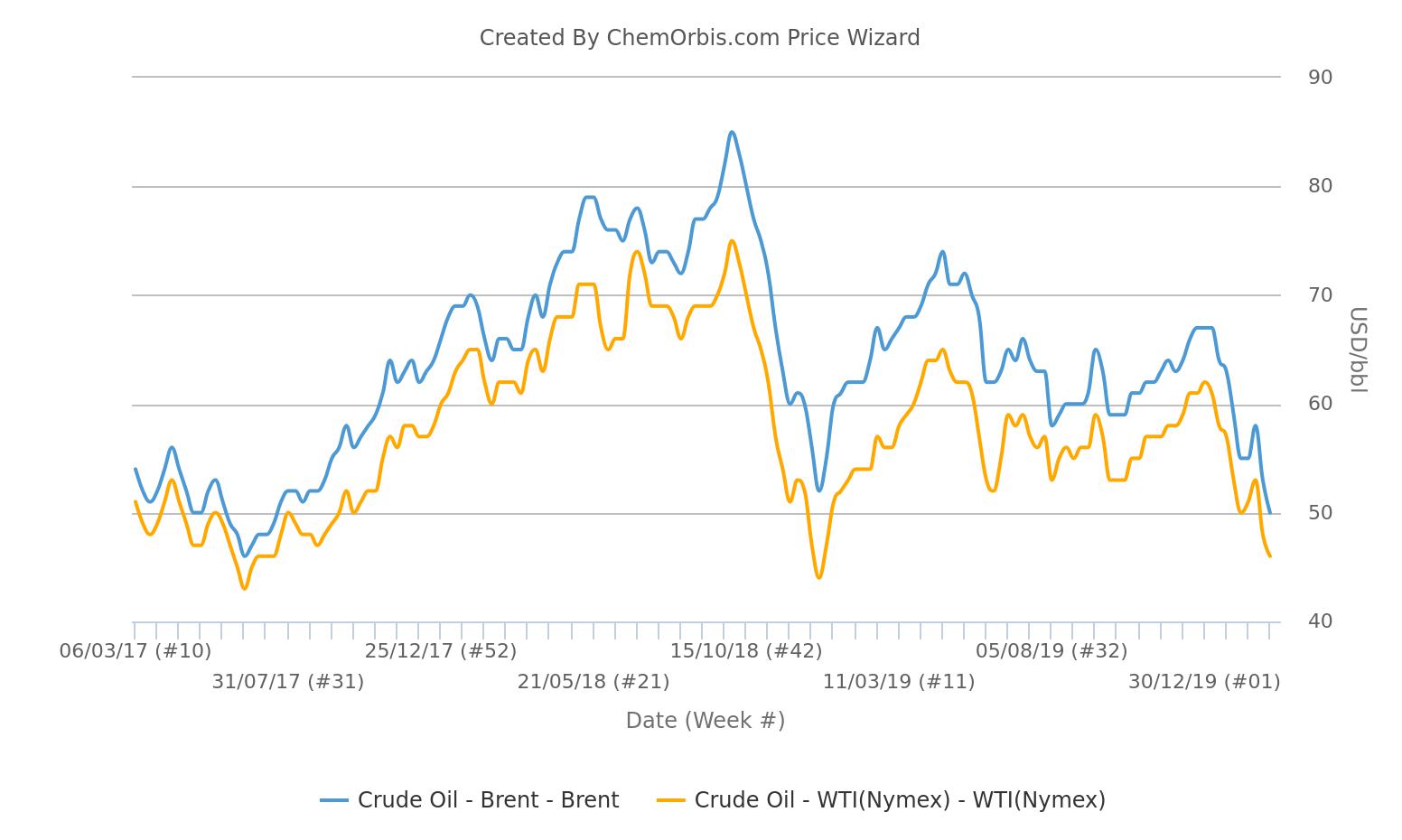