by ChemOrbis Editorial Team - content@chemorbis.com
On January 3, global oil futures skyrocketed after the US airstrike at Baghdad airport in Iraq killed General Qassem Soleimani, a top Iranian military commander, sparking fears that mounting tensions in the region might lead to disruption in global oil supplies.

Tensions between the US and Iran have seemingly been flaring over the years as Washington re-imposed sanctions on Tehran back in 2019, which led to dramatic fall in oil exports from the country. With Iran’s vow to take revenge from the US following the most recent incident, tensions do not stand a chance to come to an end soon but to escalate, analysts concurred.

On Friday, West Texas Intermediate (WTI) crude for February delivery on the New York Mercantile Exchange (NYMEX) rose $1.87, or 3.1%, to settle at $63.05/barrel. Brent crude futures for March delivery settled at $68.60/barrel on ICE Futures Europe, up $2.35/barrel, or 3.5% from the previous settlement.

Oil prices also found support from the latest data released by the US Energy Information Administration. Data showed that crude oil inventories dipped by 11.46 million barrels to a 12-week low of 429.90 million barrels during the week ended December 27. 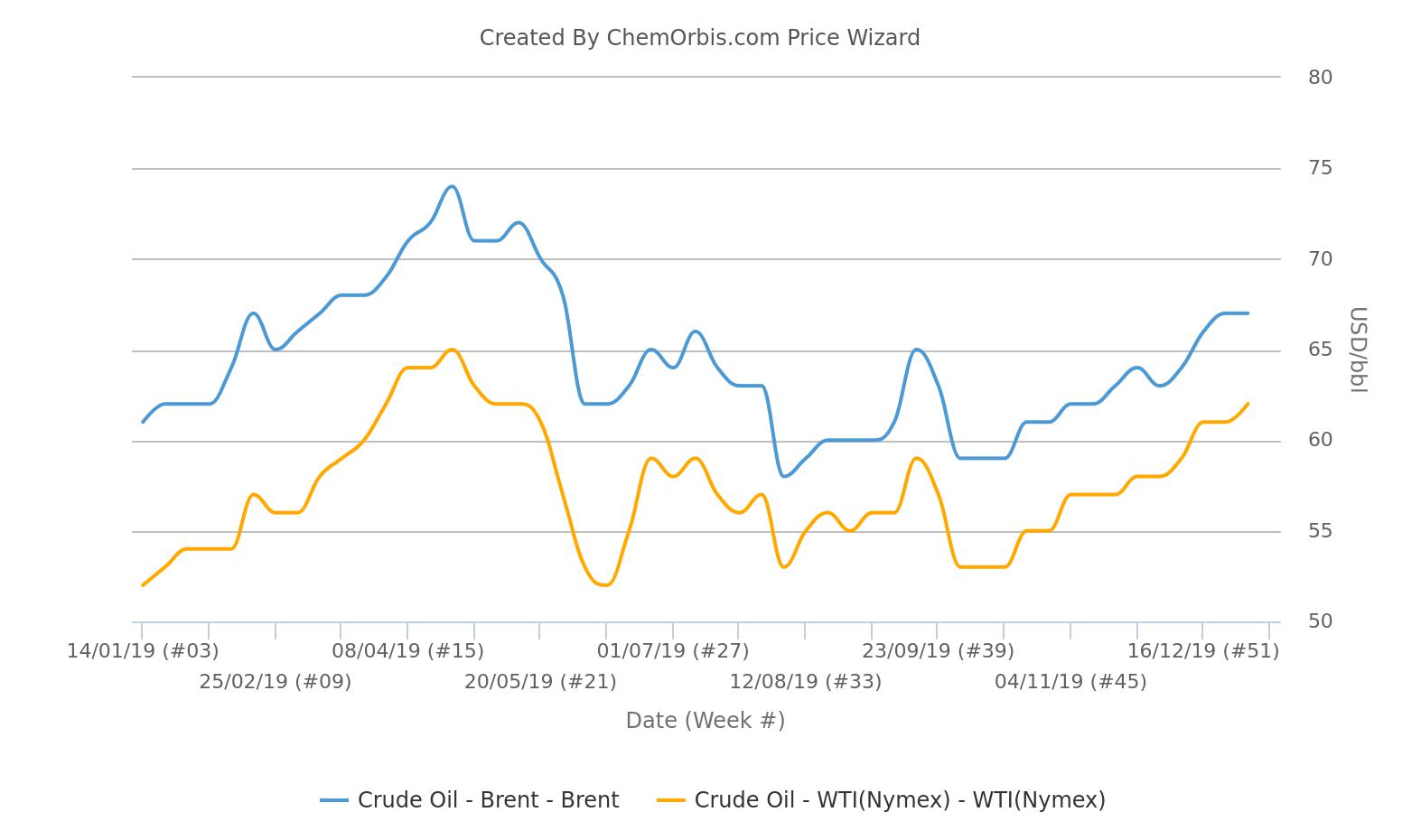 According to the weekly average data from ChemOrbis Price Wizard, WTI and Brent crude oil prices are now standing at their highest levels since April 2019.