by Merve Sezgün - msezgun@chemorbis.com
Southeast Asia’s import PE market has been steadily rising since early May, with prices recently hitting around three-month highs. Sellers continued to stand firm on their offers for Middle Eastern origins last week, while some regional producers approached the market with competitive offers amid buyers’ growing resistance to successive hikes.

Data from ChemOrbis Price Index reveal that the weekly averages of import LLDPE and HDPE film prices for overall origins have posted cumulative gains of around 15-16% or $110-115/ton since the uptrend kicked off in early May, to be quoted at $835/ton and $840/ton, respectively, on CIF SEA, cash basis as of last week.

As for LDPE film, the weekly average of import prices has gained 9% or $80/ton since the beginning of May to stand at $925/ton on similar terms. 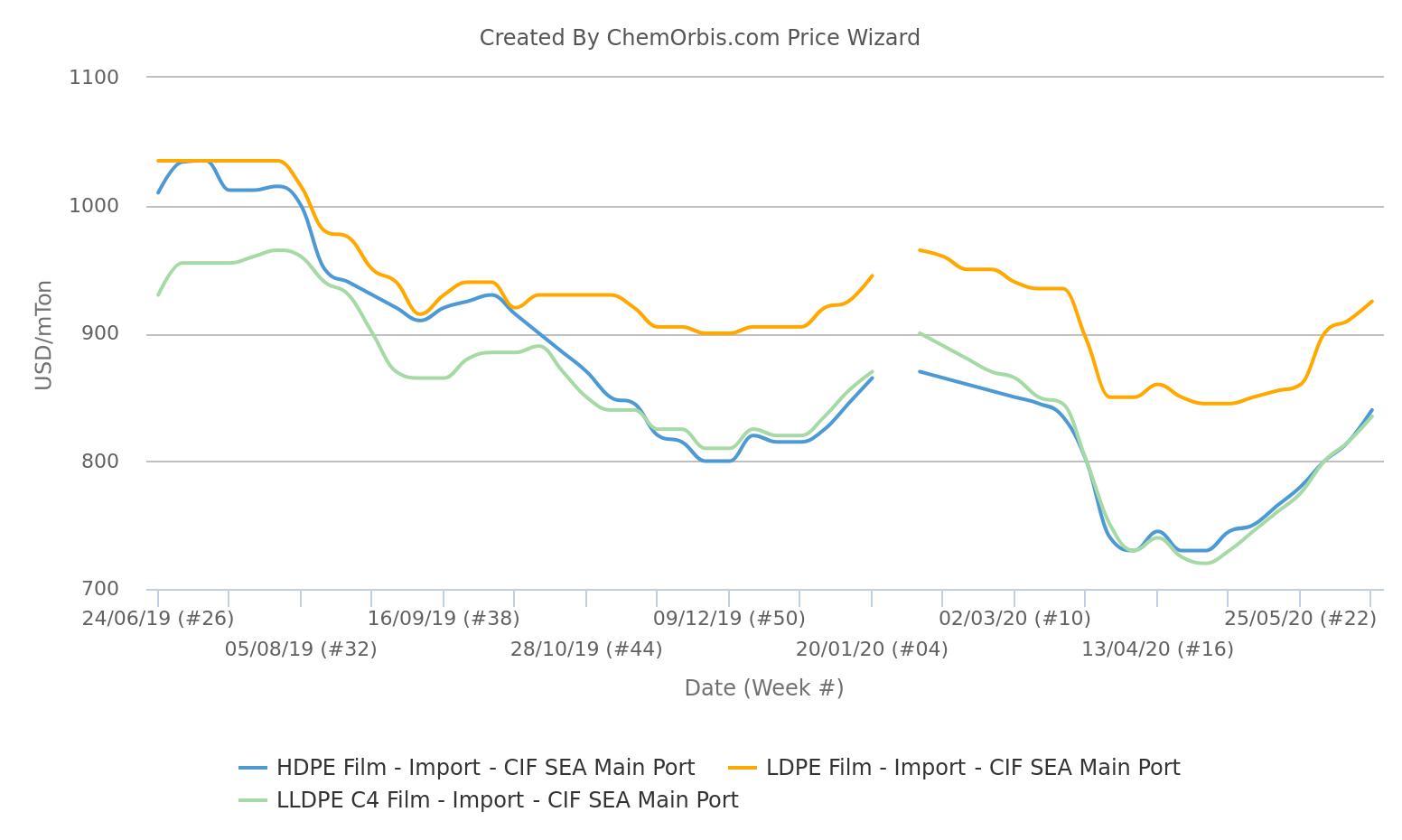 For July, major PE suppliers are aiming for further price increases on a combination of several bullish factors including continued gains by ethylene, strong China demand, limited supply as well as expectations of a more sustainable demand recovery in Southeast Asia as regional nations have emerged from their respective lockdowns.

Converters lament: End-product demand is yet to fully recover

Although the countries of Southeast Asia have lifted or eased their COVID-19 related lockdowns, some regional PE converters lament that demand towards their end-products has yet to fully recover and that they have been having a hard time to pass successive PE hikes onto their offers.

A few traders reported that they received lower bids from regional buyers at around $800-820/ton for Middle Eastern HDPE and LLDPE film while offers were standing at $830-850/ton CIF SEA, cash.

A source from a Southeast Asian producer opined, “Strong demand from China coupled with rising ethylene prices have supported the PE uptrend in the region. Local demand has been slightly picking up in Indonesia and the Philippines following the end of the lockdowns.

However, we believe that price gains can be sustained only if export demand for end-products improves. Regional converters say that they have yet to see an increase in the number of orders from their overseas customers.”

As for LDPE film, offers for dutiable and duty-free origins stood at similar levels of $900-930/ton CIF, cash.