PE prices traded at a discount to ethylene in China

by ChemOrbis Editorial Team - content@chemorbis.com
China’s PE market closed last week on a stable to firmer note supported by tight supply and higher feedstock costs, but was unable to keep up with the consecutive gains in spot ethylene prices. As a result, import LDPE, LLDPE and HDPE prices on a CFR China basis are currently trading at a discount with respect to Asian spot ethylene, according to data from ChemOrbis Price Wizard. 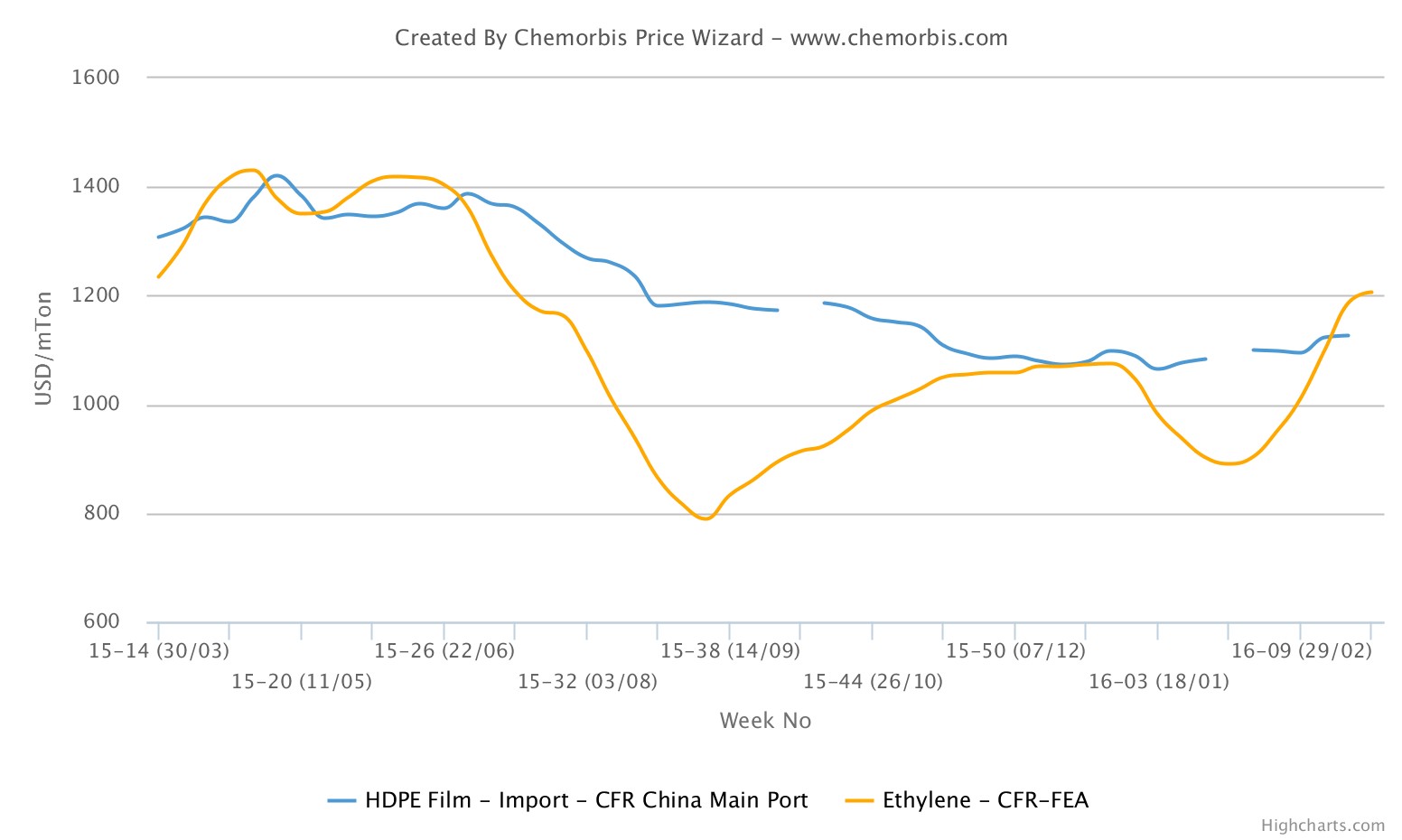 Spot ethylene prices in Asia are seen maintaining the upward note that began in the second half of February this week, though at a relatively slower pace compared with the previous week. Spot prices rose by $30/ton on the week on a CFR Northeast Asia basis. Buying interest for ethylene remains healthy owing to the ongoing shutdowns in the region.

As a consequence of the premium carried by ethylene over PE, a global trader reported, “We were hoping to receive HDPE pipe 100 offers from a South Korean producer, but the supplier turned to selling ethylene rather than PE considering the consecutive gains recently recorded in spot ethylene prices in Asia.”