by Merve Madakbaşı - mmadakbasi@chemorbis.com
Not only the lower PX and PTA prices but also the intensifying trade war between China and the US dragged down regional PET markets during H1 August.

The weekly average data from ChemOrbis Price Wizard suggested that spot PX prices on an FOB Korea basis hovered at a 3-year low by the end of last week.

PX prices turned down by mid-July and have lost around 9% since then. The consecutive decreases were in tandem with the losses in the energy complex, as can be seen below from the weekly average data from ChemOrbis Product Snapshot tool.

Looking at the spot market, PTA prices have declined by approximately $75/ton cumulatively in a month on CFR China basis. 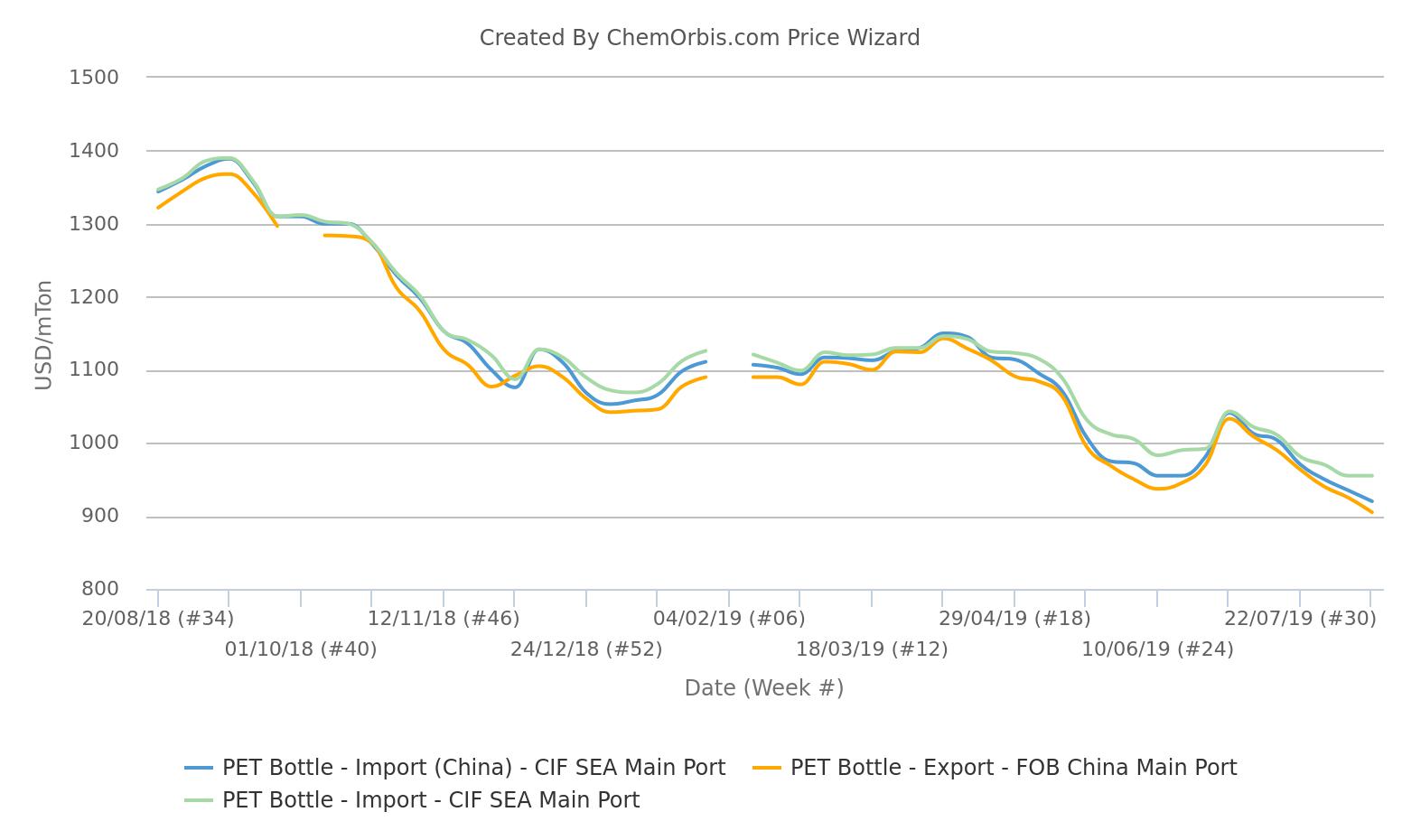 Export PET offers out of China have been following a decreasing trend since early July, yielding to falling PTA futures and waning buying appetite. Current levels indicate the lowest levels not seen since May 2017.

Although the depreciation of the Chinese yuan against the USD may help exporters boost their competitiveness, the already cautious atmosphere created by the re-escalating trade dispute and the possibility of new anti-dumping duties on Chinese PET in different export destinations also hurt demand.

Trade war fears has added to cautious sentiment and activity has remained subdued across Asia during the first half of August. Import PET prices in Southeast Asia have followed a bearish trend for more than a month now.

Several Chinese producers applied additional reductions on their PET offers to Southeast Asia over the week, which was followed by Taiwanese suppliers.

According to ChemOrbis Price Index, import PET offers are currently standing at their lowest levels since July 2017 on a weekly average.