by Başak Ceylan - bceylan@chemorbis.com
PET markets across Asia continued to spiral down amid lower upstream costs and weak demand. Similarly, spot PET prices both in Italy and Northwest Europe have remained bearish, indicating that the anticipated seasonal demand is yet to appear in the region.

China almost at its lowest since early 2019

According to ChemOrbis Price Wizard, the weekly average of export prices in China shifted down after hitting a five month-high in early April and the market has been retreating since then. China’s domestic PET market has also been following a downtrend since early April. The current levels for both export and local markets indicate the lowest levels since mid-January. 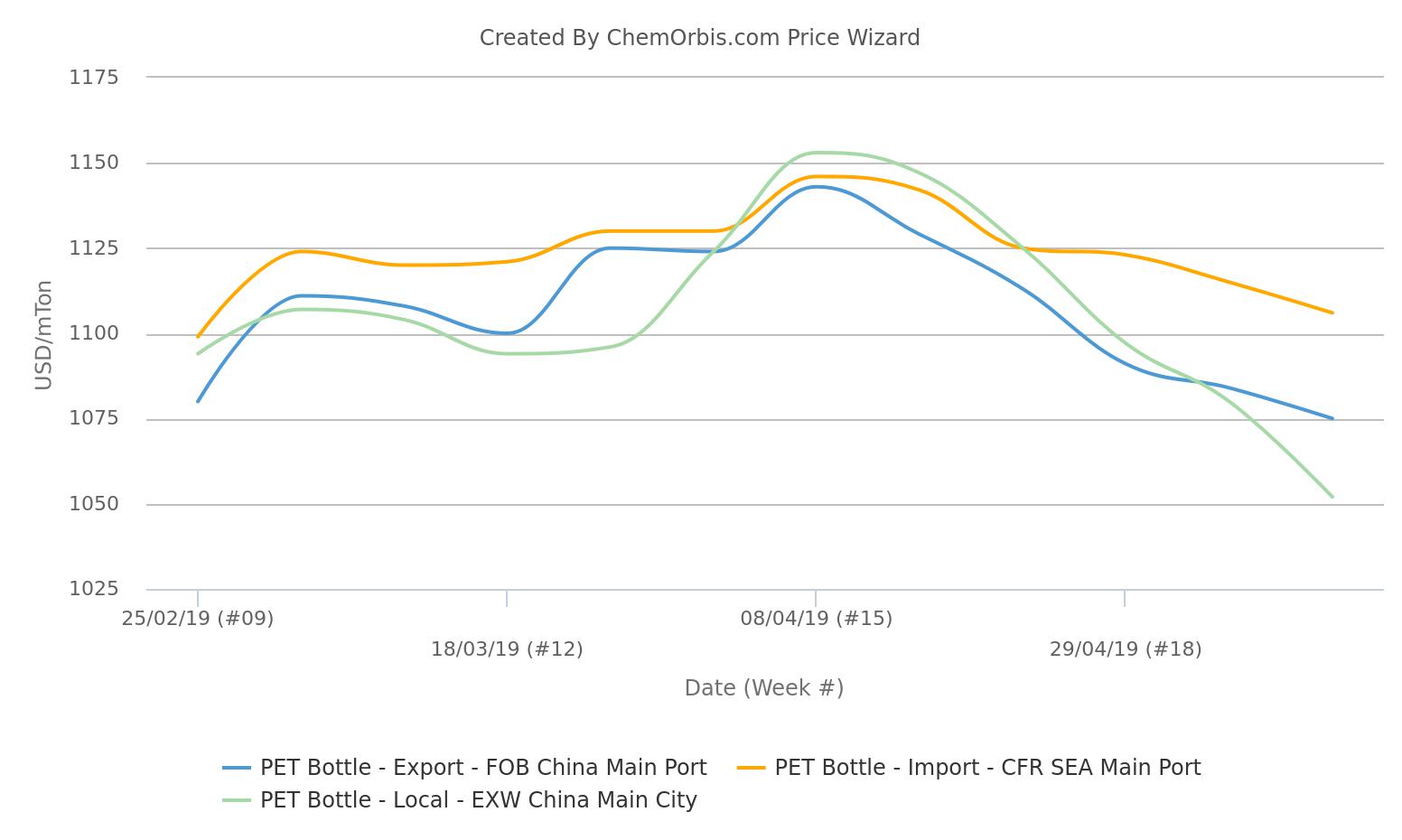 The start of the downtrend is mostly correlated with weaker upstream costs. ChemOrbis Price Wizard shows that spot PX prices in Asia shed around 20% since March, taking cues from the softening crude oil prices. Spot MEG prices also continued to descend as the bearish sentiment persisted in the market.

The bearish market sentiment in Asia was aggravated by the reversal of the previous positive progress made during the US-China trade talks. The new tariffs on $200 billion Chinese products came into effect on May 10 and China retaliated by placing its own tariffs on $60 billion US goods on May 13.

Limited demand from export outlets, particularly in Europe, has also been cited as a contributing factor.

Demand tapers off on cold weather across Europe

The seasonal pick-up in the beverage sector activities has been delayed due to bad weather in the region. In addition to the cold weather conditions and frequent rains, high inventories and weak monomer prices have also led to softer pricing.

Similar to monomer movement in Asia, spot PX prices on an FOB NWE basis have lost more than 20% of its value since March this year, data from ChemOrbis Price Wizard suggests.

Gap between virgin and recycled PET narrows in Italy

Meanwhile, several buyers in Italy were heard to be switching from R-PET back to virgin PET as the gap between the two markets has narrowed significantly amid lower prices.