PET prices in Turkey and Egypt recover from two-year lows

by Başak Ceylan - bceylan@chemorbis.com
PET prices in the Mediterranean markets, such as Turkey and Egypt, ended the month with gains of around 5% from the two-year lows seen in May. Data from the ChemOrbis Price Wizard show that both markets moved back above $1000/ton threshold by the start of last week. 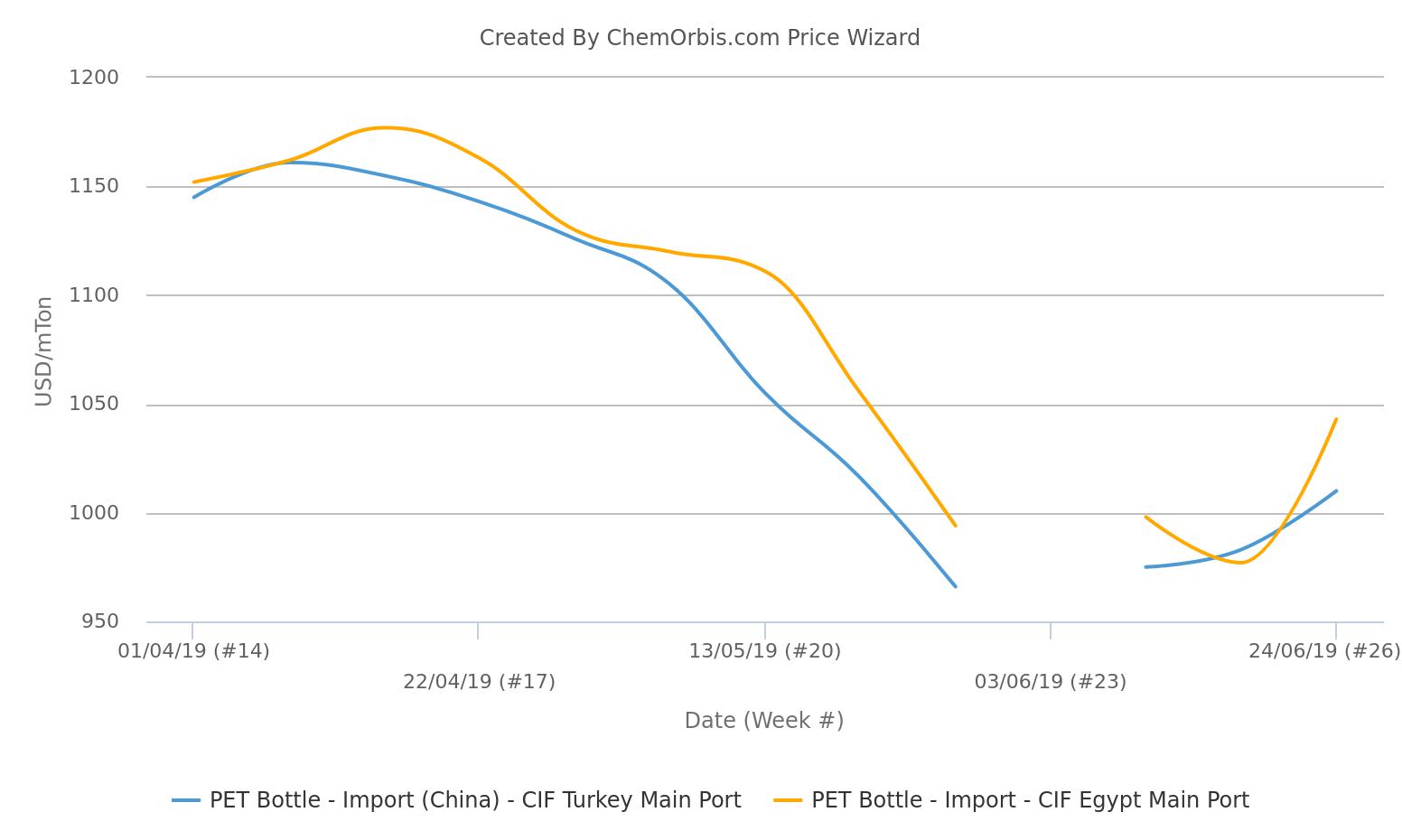 Import PET from China up by 4% in Turkey

The weekly average of import PET prices for Chinese origin in Turkey has gained around 4% since early June, as shown in ChemOrbis data above. The market had been under downward pressure for the past few months, with prices moving down to levels not seen since late July 2017 in late May.

The increases were in line with the upward trend in China, where prices also rebounded from a two-year low amid firmer demand and higher monomer costs.

Although only marginal changes were observed in prices, sentiment in Turkey’s local PET market has improved in line with the gains seen in the imports prices. Local traders affirmed an improvement in demand and stated that they would not accept lower bids.

Import PET prices in Egypt strengthened as much as $85/ton during the week ended June 28, backed by tightening supplies in the country. Egypt’s import market had been in down trend since April, with prices tumbling to their lowest levels since May 2017 by mid-June.

The country’s local producer has also recently announced increases for the first time since April. Players attributed the recent round of increases in both import and the local markets to slight improvement in demand as well as higher upstream costs.

Market participant argued that the support came mostly from gains in crude oil values and in turn firmer spot PTA and PX prices in Asia.

Brent and WTI crude prices have been on a bumpy road for the past months, swinging between gains and losses amid trade tensions and geopolitical concerns in the Middle East. However, Brent futures have gained more than 20% in the first half of this year, and WTI increased more than 25%.

Tracking bullish crude, spot PTA prices on CFR China concluded the month with a weekly gain of $30/ton while spot PX prices on FOB Korea basis have recently rebounded from a two-year low seen in mid-June.