by ChemOrbis Editorial Team - content@chemorbis.com
Asia’s PET markets have witnessed a fresh round of increases this week despite the approaching end of the high season. Suppliers, who elected to maintain their firm stance on PET, pointed to rallying PTA prices in Asia.

According to data from ChemOrbis Price Index, the weekly average of local PET prices on ex-warehouse China basis has been steadily increasing for the past four weeks while the export market has followed suit. 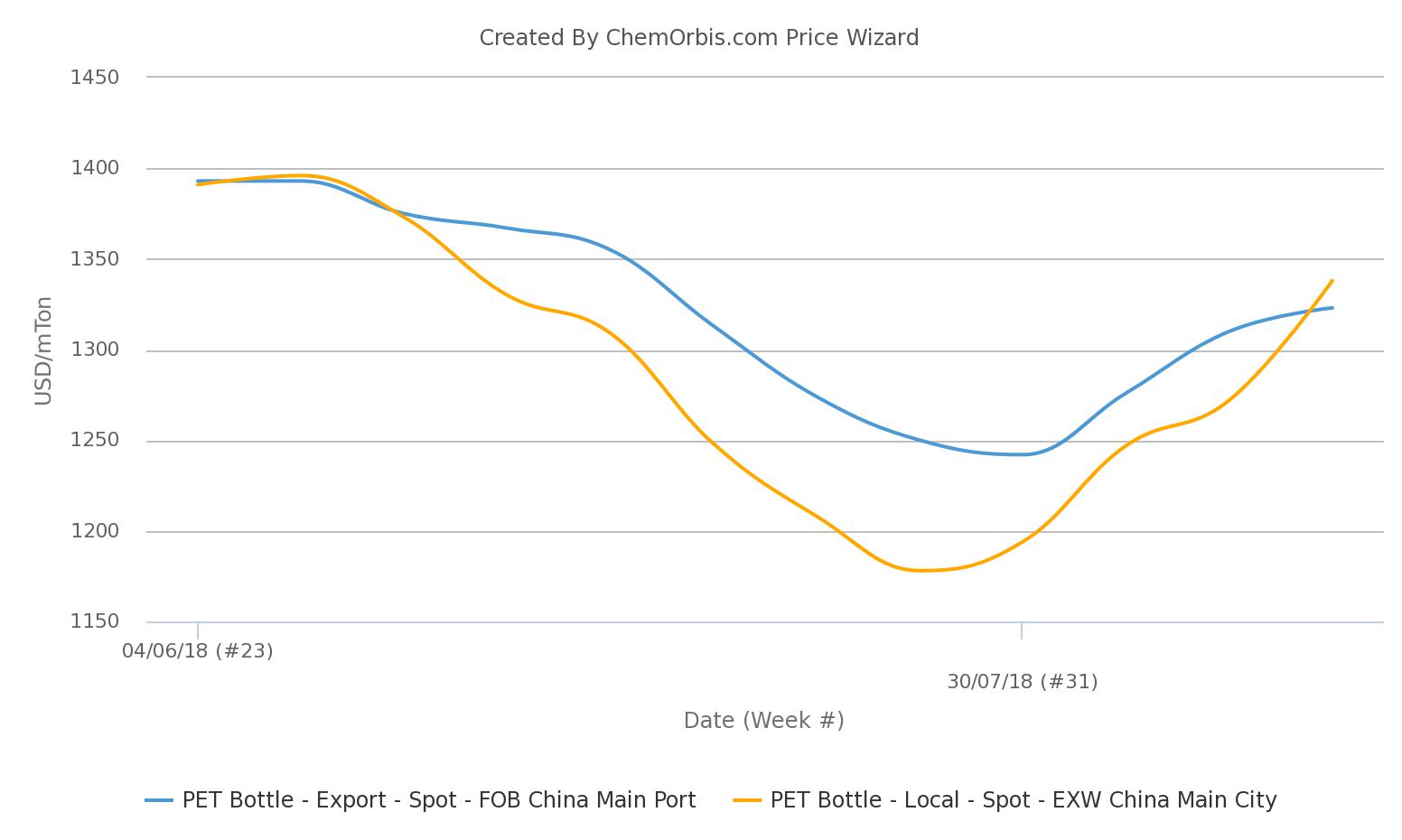 A Chinese producer raised its export PET offers further by $30/ton this week while applying a notable increase of CNY500/ton ($73/ton) on its offers to the domestic market.

“PTA and MEG prices have gained further ground, supporting a firming trend for PET. Buyers remain cautious and continue to limit their purchases according to their urgent needs as the low season is approaching. However, we think that PET prices may have room for further increases if the upstream markets sustain their bullish run in the near term,” a source from the producer commented.

Spot PTA prices on CFR China basis are up by around $115/ton when compared to initial August levels.

Players in Southeast Asia also reported that they received higher PET offers from the import market this week. A trader based in Vietnam noted, “The rising trend continues on the back of strong costs. Offers for Chinese and Indonesian PET increased further by $30/ton and $15/ton, respectively, from last week.”