by Merve Sezgün - msezgun@chemorbis.com
In Thailand, domestic PP and PE producers have reportedly approached the market with modest hikes this week in line with regional trends. However, their price increases have met with resistance from buyers who preserve a cautious stance amid post-election uncertainties and the impending Songkran.

A few traders reported that Thai producers applied increases of around THB500-1000/ton ($16-31/ton) on their PP and PE prices in an attempt to warm up the sentiment for April ahead of Songkran.

Data from ChemOrbis Price Index suggest that the weekly averages of PP and PE offers on FD Thailand basis have firmed up after tracking a stable to soft trend for a few weeks. 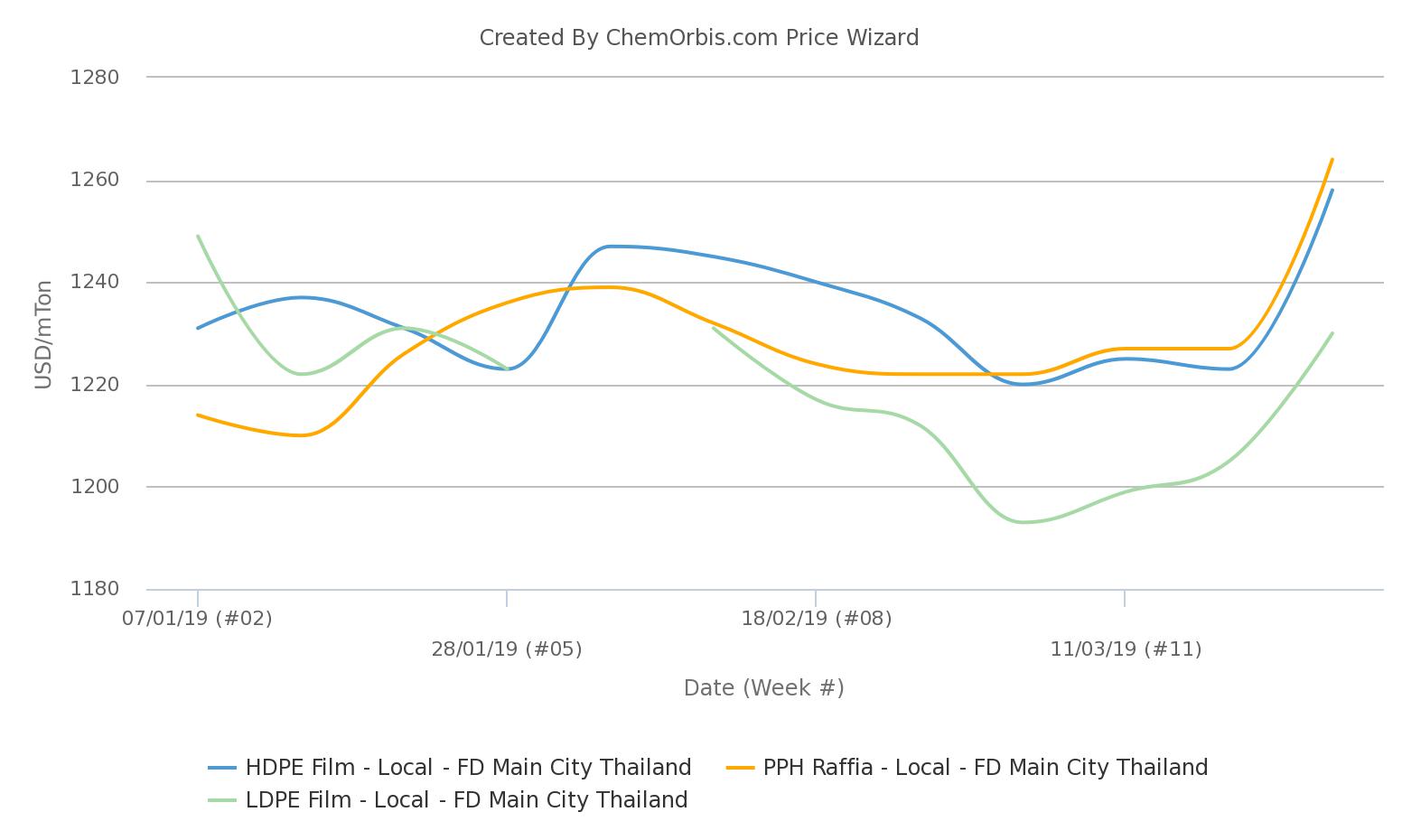 Thai buyers, on the other hand, have been reluctant to accept these higher offers of local producers so far, pointing to their lingering economic concerns after the general elections.

Thailand headed to the polls on March 24 in its first general election since the military coup in 2014, yet the outcome of the voting is still unclear, according to media reports.

In the country’s PP and PE markets, this lingering uncertainty has played a major role in keeping buyers away this week.

“The market is quiet as most players have been sidelined since the pre-election period. We are now waiting to see the results of the voting as trading activities should remain subdued until the political uncertainty is over,” a trader commented.

On top of the post-election lull, the impending Songkran festival is also weighing on the buying sentiment. “Market uncertainty has been worsened by the upcoming holiday,” traders opined.

The holiday will be celebrated on April 12-14 while most market participants will be away from their desks for around one week.

A converter opined, “April will be a short month in terms of working days hence we are not interested in building any extra stocks beyond our urgent needs. Local prices have increased slightly, but we expect a largely stable price trend in the post-holiday period as supplies are more than sufficient.”