PP continues to firm up in Asia despite bearish propylene

by ChemOrbis Editorial Team - content@chemorbis.com
PP and propylene prices have been tracking opposite directions in Asia for the past few weeks. Low inventories and maintenance shutdowns at some major PP suppliers continued to support PP prices in the region whereas spot propylene prices have slumped due to improving supplies in line with the return of many crackers and propylene units from turnarounds.

In the PP market, Reliance is slated to start a maintenance shutdown for 25 days in mid-November. Some players believe the producer will not return to the market until around early January.

In Southeast Asia, there are also several PP plants readying to be shut in November-December including Chandra Asri in Indonesia, and SCG and HMC in Thailand.

There are also PP maintenance shutdowns taking place in the Middle East, an important region in terms of import PP supplies both for China and Southeast Asia, at Saudi Polymers and PetroRabigh in Saudi Arabia and Orpic in Oman. Furthermore, the Egyptian PP producer, EPPC, was also shut for maintenance in mid October.

In the upstream markets, Asian propylene prices posted a cumulative decrease of around $80/ton in the past two weeks. Spot availability has increased considerably, according to traders in the region, as the restarts of several crackers and propylene units coincided recently. Given the start-up of new propylene plants, players expect propylene prices to remain bearish in the region for the near term. The recent slump of the energy complex also paved the way for the losses recorded in the past two weeks.

In the midst of this opposing trend in the propylene and PP markets, players are now wondering which one will be more dominant in affecting the PP price trend this month. 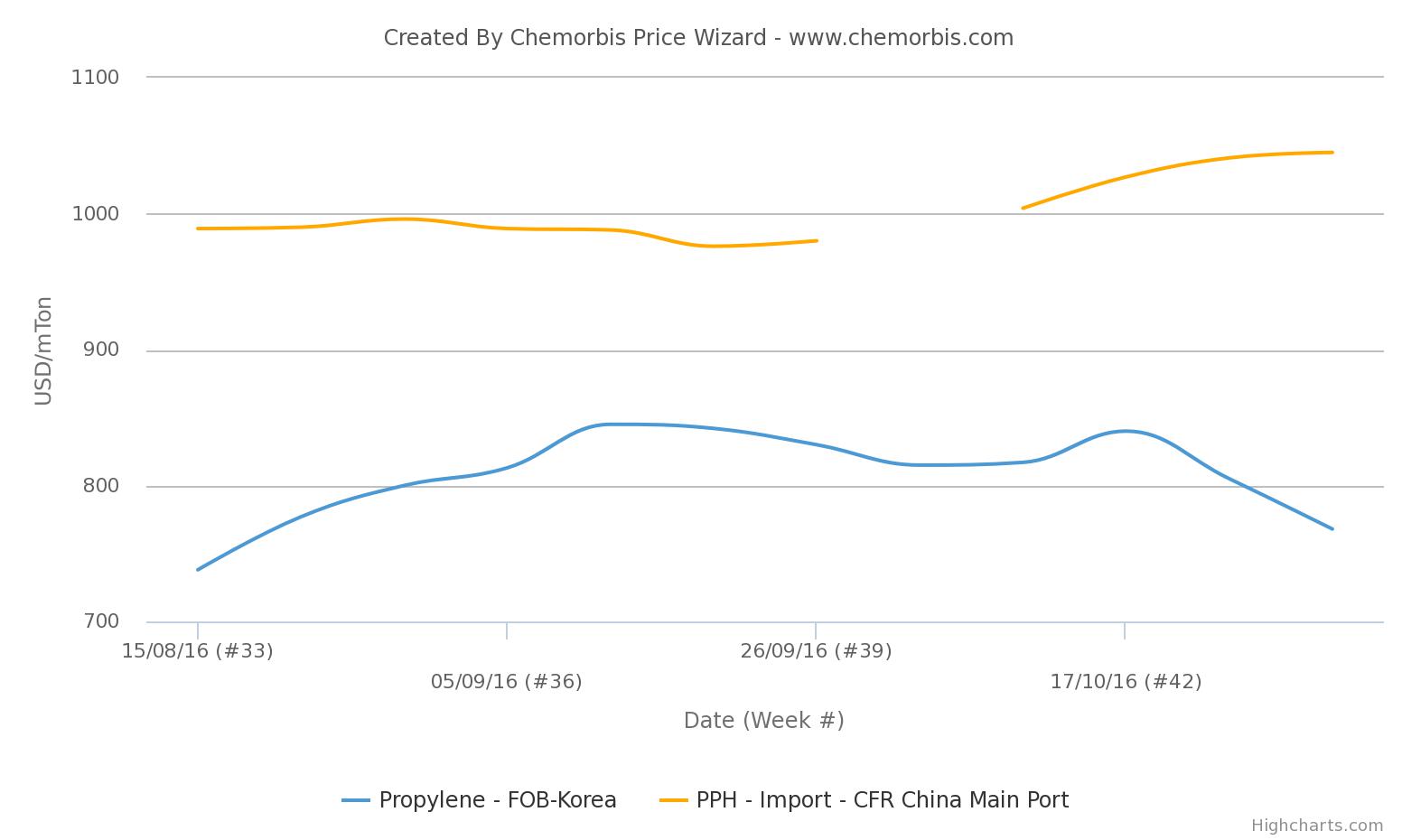