by ChemOrbis Editorial Team - content@chemorbis.com
Players in Europe are set to wrap up their monthly business earlier than usual due to Christmas holidays. PP deals have been concluded with declines of €40-70/ton from November so far.

Although December propylene contracts settled down €100/ton in the region, polyolefin producers in Europe were adamant to seek more modest drops in an attempt to improve their margins.

Spot PP fell to 7-month-low in Europe in December

Prices followed a downward trend over the last one month, sending local PPH and PPBC injection prices to an almost 7-month low in Italy, according to the weekly average data from ChemOrbis Index. 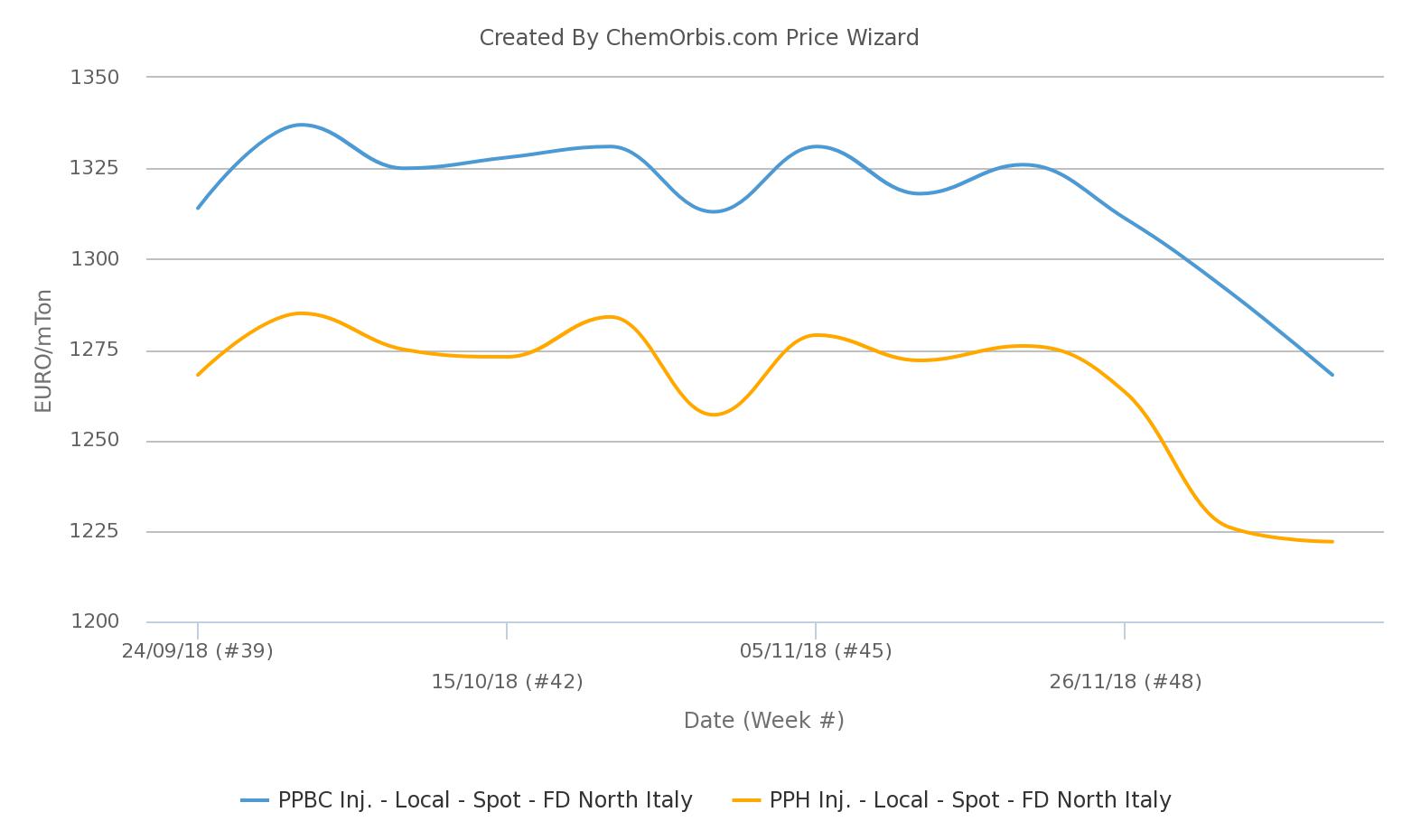 Sellers received support from rising supply woes stemming from Braskem’s force majeure on the output from its Wesseling unit. The company has experienced difficulties in procuring propylene feedstock since mid-November due to low water levels on the River Rhine.

Are buyers tempted to pre-buy?

A distributor in France noted, “Our customers made some pre-buying for January before leaving the market next week for the-year end festivities. Yet, our supplier is unable to provide homo PP for the time being and the slightly firmer naphtha prices may prop up the sentiment.”

In Austria, a packager expressed his buy idea with €80 decreases, adding, “Our negotiations are underway. Sellers are reluctant to give larger drops, while January hints at a stable to slightly firmer trend.”

Some players in Italy think that the market may see rollovers by the start of new-year and turn up in February depending on the direction of upstream chain. Spot propylene prices on an FD NWE basis softened when compared to early December. “Demand has not been great in general due to the year-end lethargy. Yet, relatively limited supply created a more balanced scene for PP when compared to PE,” a distributor opined.