by ChemOrbis Editorial Team - content@chemorbis.com
In global polyolefin markets, PP prices have continued to display a stronger performance than PE in September although demand for both products is not bright in most regions. Players attributed the outperformance of PP to its more balanced market dynamics as well as firmer propylene costs worldwide. 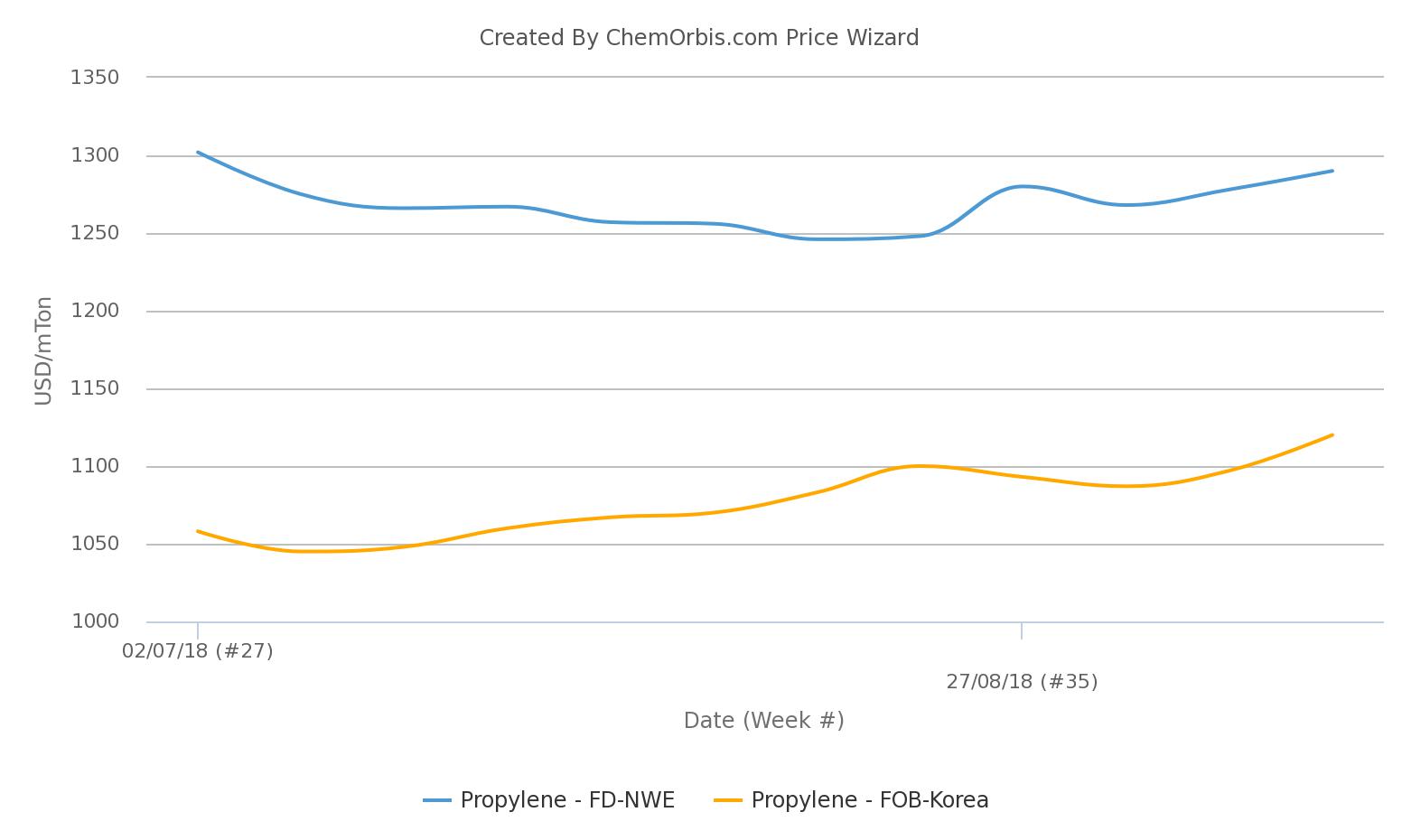 In China, import PP prices have mostly tracked a stable trend amidst the opposite factors. There are rising spot propylene prices in Asia and tight local availability on one hand while demand has been thin due to the ongoing depreciation of the yuan against the USD on the other hand. However, PE prices have been on a weak path under the pressure of a series of factors including trade war fears, the lack of supply concerns and the availability of competitively priced US cargoes across the region. Moreover, lower spot ethylene prices have added to the weaker sentiment as they followed a bearish trend since the end of August before posting some daily gains on Thursday.

A Chinese trader said, “Both import and local PP stocks are quite limited nowadays, while demand for PE continues to lag behind PP ahead of the approaching National Day holiday.”

A similar scene has been valid in Europe, where PP deals were concluded with rollovers to €10/ton hikes month over month. “As for October, we don’t expect any decreases as our West European supplier will have limited material due to a planned maintenance at the end of September,” reported a distributor in Italy.

However, PE prices in the region have eroded, except for HDPE, despite the stable outcome of September ethylene contracts. The market has been under downward pressure from long LDPE supplies, which resulted in €30/ton drops on monthly deals and sent LDPE prices in Italy to a 3-month low by the middle of September, ChemOrbis data revealed. Early October expectations hint at a stable to softer PE trend based on lower spot ethylene prices, moreover.

In Turkey, PP sellers attempted for small increases at the beginning of the month although the market was unable to digest firmer offers due to the ongoing financial issues amid the weak Turkish lira. Transactions ended up with rollovers from August and only for moderate volumes.

Nonetheless, suppliers concurred, “Unlike for PP, the sentiment for PE has been weak with most Middle Eastern sources yielding to discounts following their initial rollover requests.” This week, converters also reported that a Saudi Arabian major adjusted its PE prices further down in order to speed up sales. As for October, players think that the sentiment may change as the market may find some support from the long maintenance shutdown at Petkim’s complex. Plus, stocks have already dwindled on the side of traders as they have been refraining from stock replenishment. 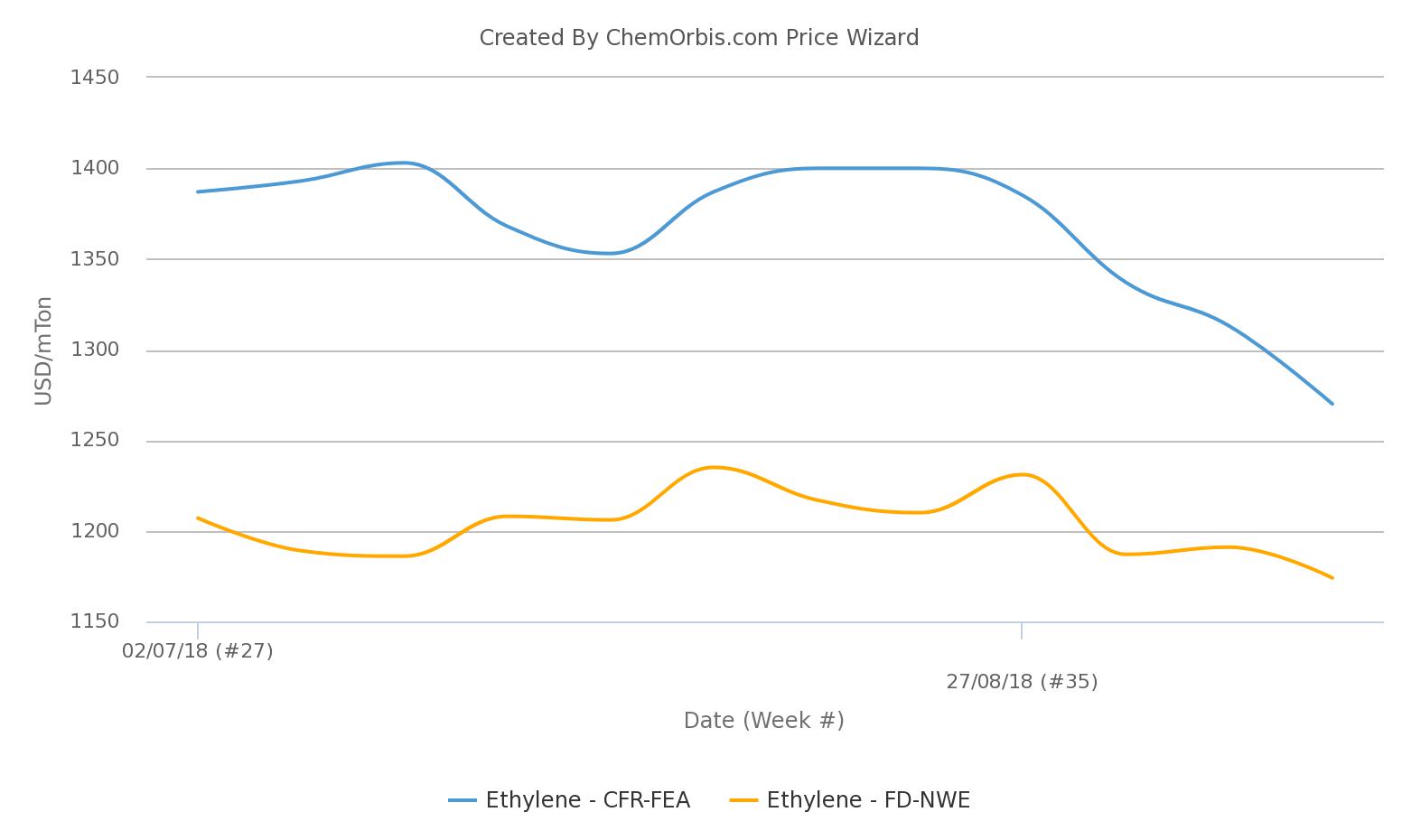