In the HDPE pipe (100) market, South Korean natural prices spiked $90-130/ton month over month to be recently reported at $1340-1430/ton CIF Turkey, cash no duty. Buyers confirmed that the low end disappeared as of the end of last week. 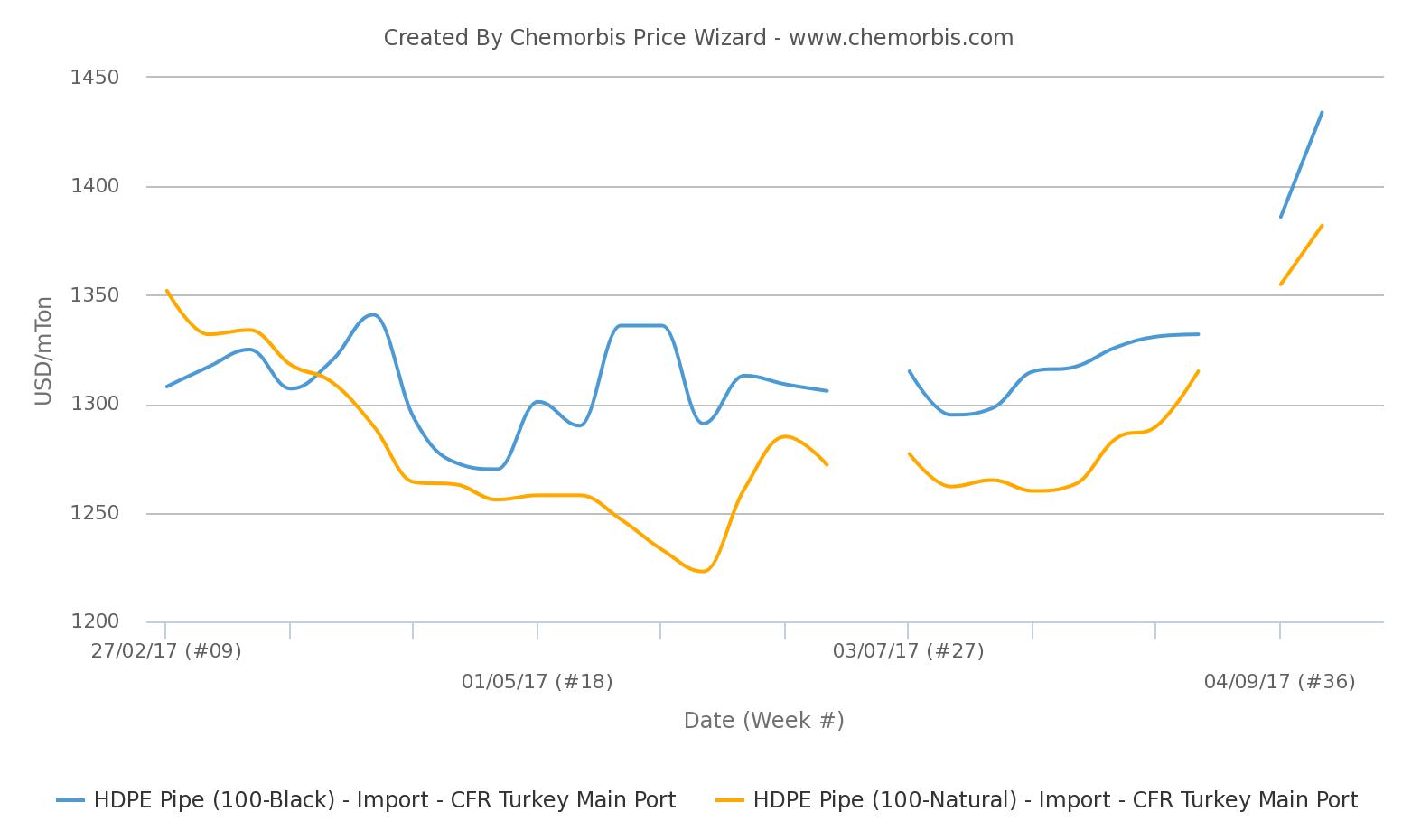 Buyers confirmed that the lower ends of the HDPE pipe (100) natural and black ranges gradually faded as many suppliers already sold out their limited September volumes by mid-month and voiced higher October sell ideas.

“Korean sources elected to direct their cargos to other destinations that provided higher netbacks than Turkey or they preferred to sell monomer instead of polymer amidst high ethylene and propylene costs in Asia,” a pipe manufacturer in Turkey stated.

Spot ethylene prices were up by $40/ton since September started to be reported at $1320/ton FOB Korea as of late last week, which were even above prices for some PE products in China. Spot propylene costs rose by around $75/ton to $945/ton with the same terms in the period.