by ChemOrbis Editorial Team - content@chemorbis.com
PS prices in China and Southeast Asia have extended their softening trend into the fourth consecutive week while regional sellers have recently turned their attention towards the styrene market as they expect to see a rebound in spot prices given bullish crude oil futures and strong ethylene prices.

Despite a heavy maintenance season in the March-May period, spot styrene prices in Asia have recorded a cumulative decrease of around $170/ton since they hit a one-year high in late February, according to weekly average prices on ChemOrbis Price Wizard. PS prices, meanwhile, have followed suit and also posted visible losses since then. 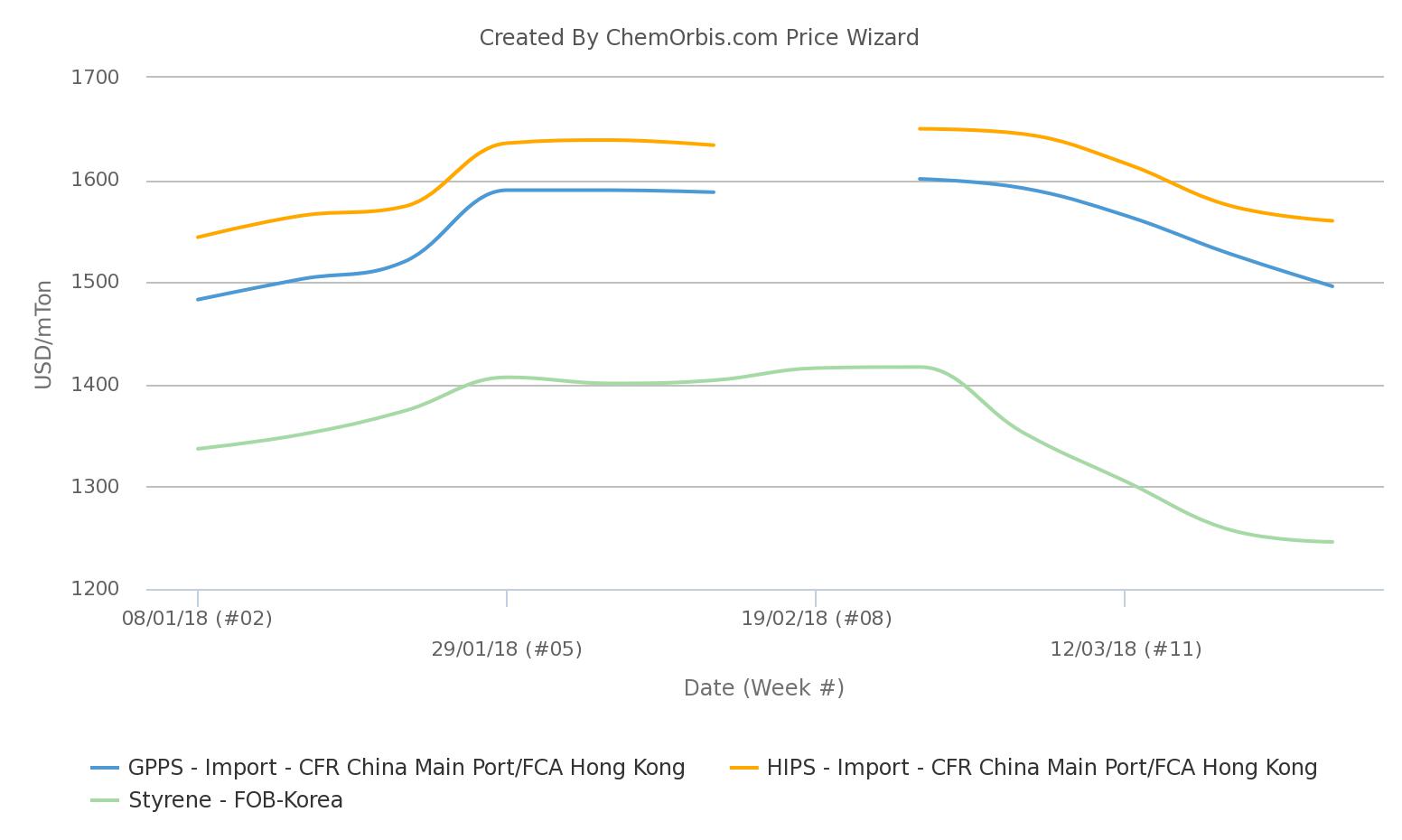 In energy markets, crude oil futures have recorded significant gains over the past week while the recent rebound is yet to have a notable impact on Asia’s styrene market, yet spot prices saw a modest daily increase early this week.

A Chinese producer cut its domestic PS offers further by CNY100/ton ($16/ton) from last week due to weak demand amid low styrene prices. “Regional suppliers applied further drops on their offers given lower costs at the start of this week, yet they are now closely monitoring the developments in the styrene market following the recent jump in crude oil futures,” a PS trader in Hong Kong commented.

An Indonesian trader reported that his South Korean supplier elected to keep its PS offers stable from last week. “The sentiment may change if styrene prices shift direction in line with higher crude oil futures. However, we think that the producer is still willing to give discounts of $20-30/ton on done deals as buyers continue to limit their purchases given the ongoing uncertainties,” he argued.