PVC hits 20-month-high in Italy, players at odds about further hikes for April

by ChemOrbis Editorial Team - content@chemorbis.com
In Italy, spot PVC prices have been steadily rising since early 2017 with a large part of the increases occurring in March, when sellers improved their margins amid tight supplies by obtaining hikes of more than the double of the monthly ethylene contracts. March deals were concluded with increases of €50-60/ton while much larger increases of €85/ton were also reported to have passed on deals for Central European cargos due to output cuts. Along with the increases that passed in March, according to ChemOrbis Price Wizard, spot k67 prices in Italy hit a 20-month-high. 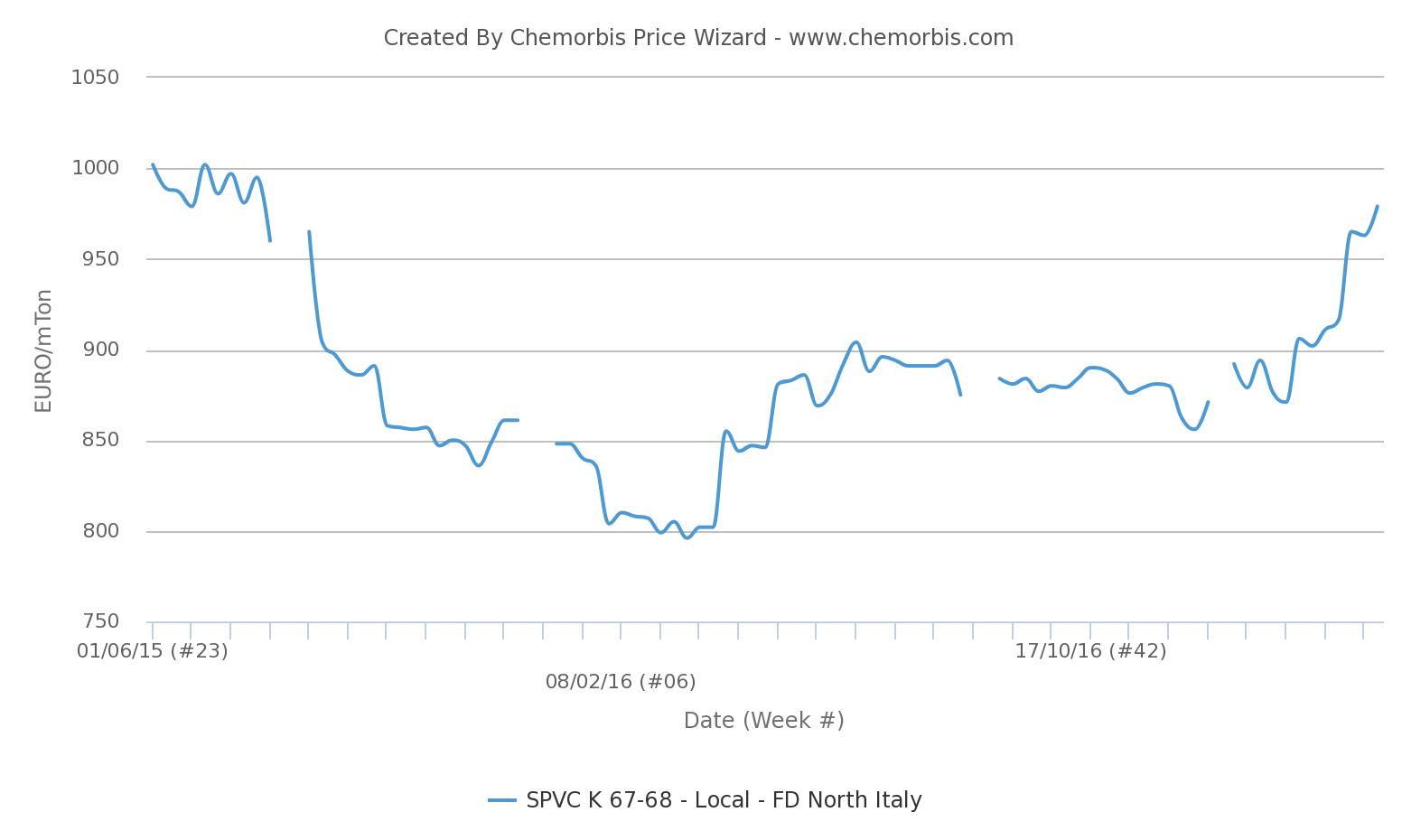 Sellers think that this trend will be sustained in the near term as expectations indicate another round of increases in April. A source from a West European producer said, “We do not expect any change in the market direction for now. April ethylene contracts might increase by €20-30/ton and PVC prices have additional room to go up by the same amount of the expected contract hikes.”

A distributor reported, “Demand was strong due to the limited supplies. Suppliers will try to stand firm on their prices unless supply eases. Plus, we expect further increases in the monomer contracts, albeit in small amounts.”

On the buyers’ side, however, many converters complained, “Our end business is not performing well as we are struggling to pass this month’s large increases to our customers.”

Some buyers also think that current PVC prices reached their peak levels and the market might not be able to digest further increases. A compounder commented, “We expect a stable trend as April will be a short month in terms of working days due to the Easter holidays. Lower naphtha and crude oil prices might also keep the possible hikes in check.”