Players: Taiwanese major sells out PVC for February in India

by ChemOrbis Editorial Team - content@chemorbis.com
Players in India reported that a major Taiwanese producer has sold out their PVC quotas for February shipment at their initial announcement level of $860/ton CIF India, cash. The producer’s reported done deal level represents an increase of $55/ton when compared to January.

A trader based in Shanghai, China reported that they managed to sell the Taiwanese producer’s PVC materials at $860/ton CIF India, cash, stating, “We will not see any price revisions from the producer in the near term as they have already sold out their February quota to India. Meanwhile, we are offering Chinese PVC at $810-820/ton CIF, cash to the Southeast Asian market which, we think, is following the upward movement in India as prices in the region are now standing above the $800/ton level.” The trader added that they are not feeling confident regarding the market outlook after the Chinese New Year holidays.

A trader in India stated that they had wanted to purchase some PVC from the Taiwanese major; however, they could not as the producer had already sold out their quota to India. He commented, “According to market talk, the Taiwanese producer was able to sell out their quota in a short time as they allocated only 12,000 tons of PVC to India.” He reported that they purchased some PVC from a South Korean supplier at $830/ton on a CIF India, 90 days deferred payment basis and added, “We expect that the local producer in India will also announce their new PVC prices with increases.”

Meanwhile, two converters in India who received February PVC prices at $860/ton CIF, cash from the Taiwanese producer stated that they found this level to be unacceptable as their end product demand remains stagnant while they are operating their factories at 50-60% of capacity. However, the buyers confirmed that the market is now showing some signals of improving and they expect to hear increases from a local producer soon.

In India, import PVC prices are currently reported at $820-860/ton CIF India, cash equivalent basis. According to data from ChemOrbis Price Index, import PVC prices in India have climbed around $50-55/ton since the last week of December 2014. 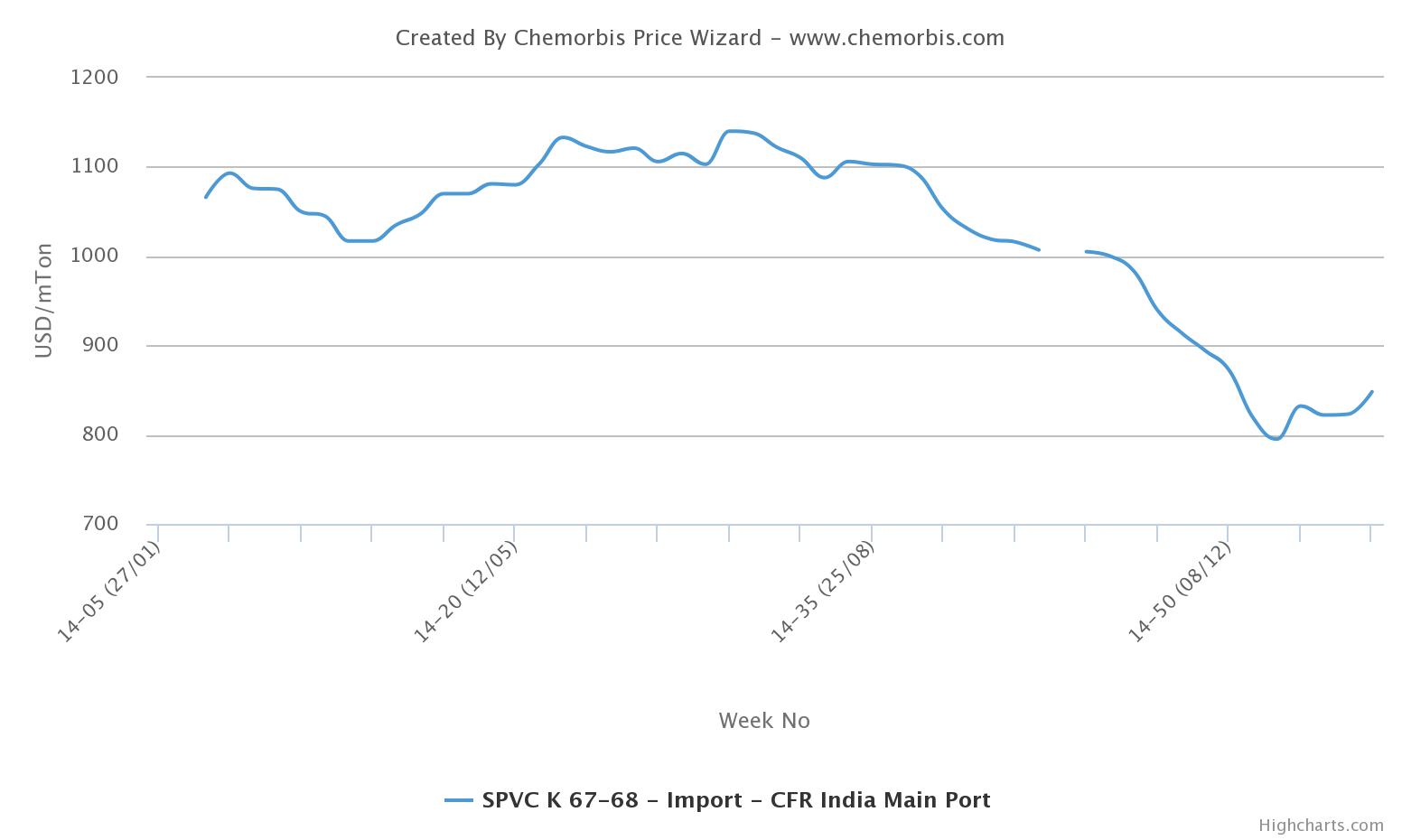