The prevailing GPPS prices mostly center between $1480-1515/ton ex-warehouse Turkey equivalent, cash inc VAT. In contrast to the previous week, prices at $1450/ton became rather scarce as the week proceeded. According to ChemOrbis Price Index, HIPS has been trading with a discount to GPPS since mid-February. 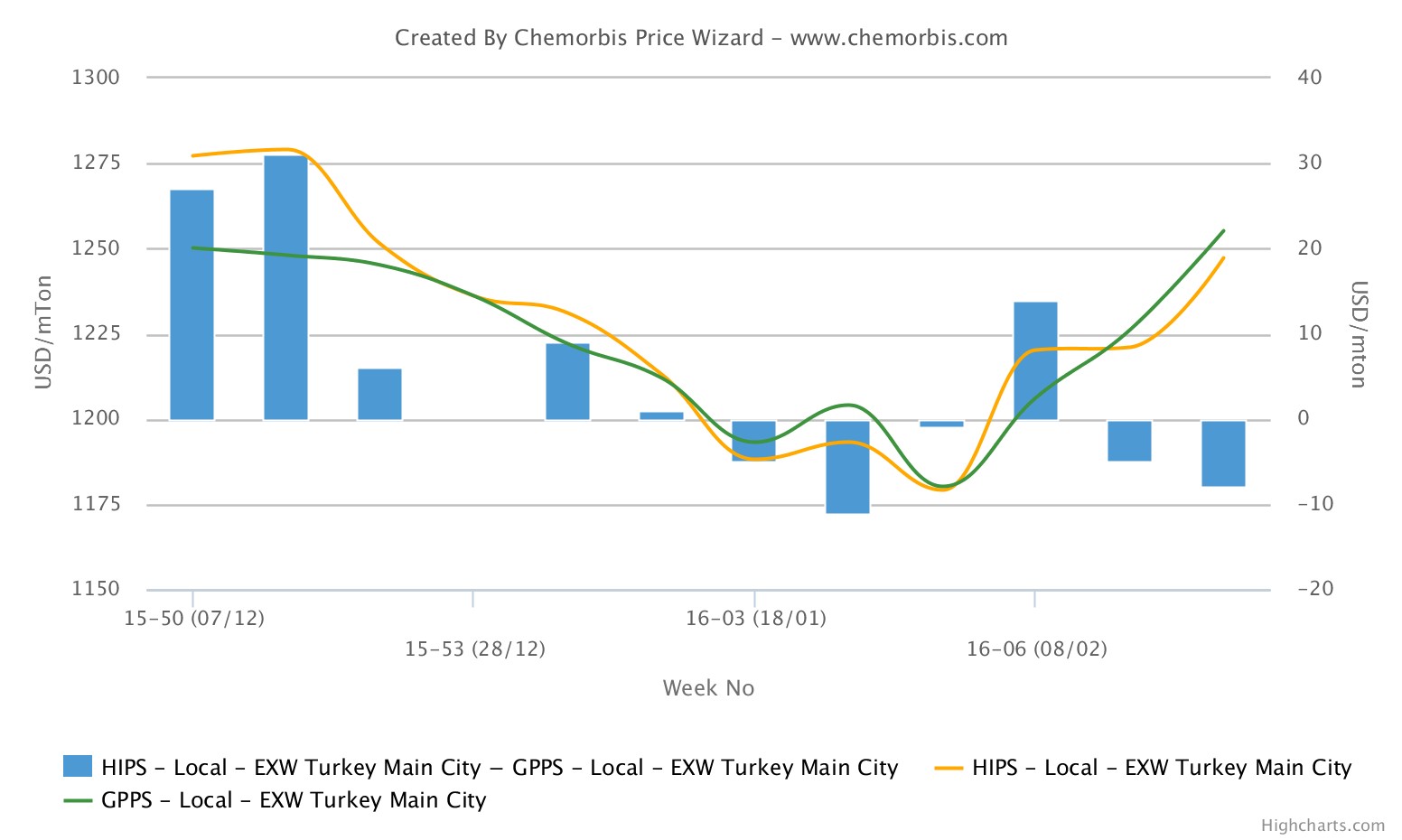 A disposable manufacturer reported, “Supply is low as sellers had not been bringing in much quotas in order not to make more losses during the extended bearish trend in place for the past few months. Now they are implementing a firmer stance. The market seems to be higher while prices may see additional hikes in March.”

A trader voiced his firm expectations regarding next month, blaming tightness and higher styrene costs in Asia. “Distributors are still keeping their replenishment levels in control which makes us thinks that supply may not ease over the near term,” he argued. Spot styrene costs on an FOB Korea basis moved above the $1000/ton threshold at the end of the week and have risen by $75/ton since February started.

“Our South Korean producer was not able to offer GPPS while we received higher HIPS prices month over month. The locally-held PS market firmed up significantly, driven by the lack of comfortable supplies. GPPS is tight while HIPS is less limited thanks to the availability of Malaysian materials,” a distributor stated.

Some end product manufacturers do not predict dramatic price increases for PS, citing cash flow problems and political issues in Turkey. “We will meet our PS requirements soon in accordance with our end product orders as we had not purchased much material in the recent weeks,” said a buyer.