by ChemOrbis Editorial Team - content@chemorbis.com
Initial September PE prices have emerged in Vietnam with increases from August although sellers mostly reported that demand remains unsatisfactory and overall supplies are sufficient. Higher offers were attributed to surging ethylene prices and the ongoing bullish trend in China.

A global trader reported that their Saudi PE offers for September shipments are $20/ton higher from last month, currently standing at $1140/ton for HDPE film and at $1150-1160/ton for LLDPE film, on CIF Vietnam, cash basis. “Converters’ initial response to our new offers is weak while traders are also not interested in purchasing large quantities due to thin demand and high supply levels in the local market,” he commented.

A Vietnamese converter who received September PE offers for a Saudi origin at around the same levels opined, “Import PE prices increased by around $10-20/ton from August. However, we believe that the current offer levels don’t have room for further gains as demand is still not that bright.”

A trader offering Thai PE to Vietnam reported that their offers increased by $5/ton for HDPE and $20-30/ton for LDPE when compared to last week. The trader’s LLDPE offers were unchanged.

Meanwhile, data from ChemOrbis Price Index indicates that import PE prices on a weekly average basis have recently reached their highest levels since the first week of May. 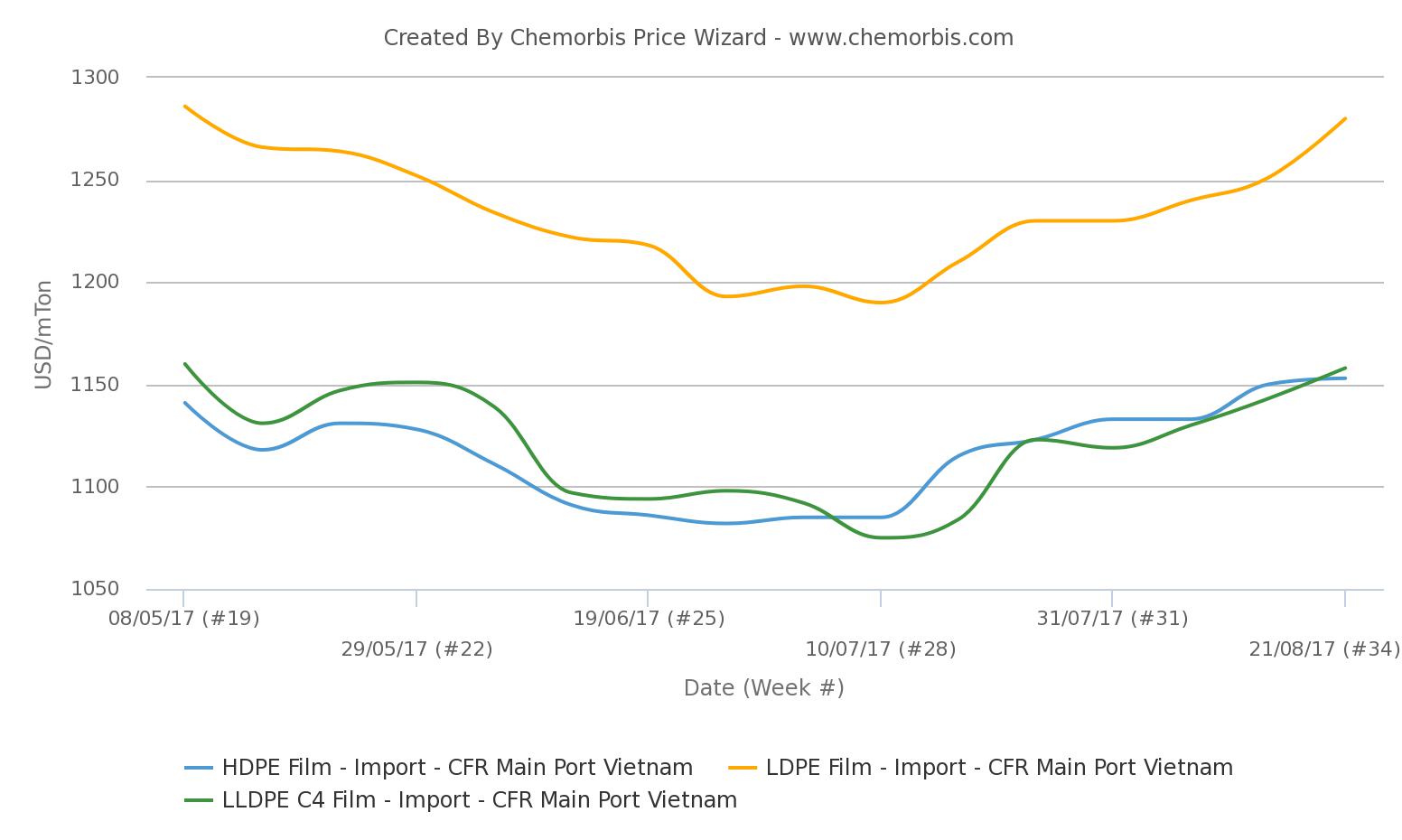