Premium for ethylene based PVC falls below $50/ton in China

by ChemOrbis Editorial Team - content@chemorbis.com
According to data from ChemOrbis Price Index, the premium carried by ethylene based PVC over acetylene based PVC has dropped below the $50/ton threshold for the first time since December 2012 in China’s local market. For most of 2014, ethylene based had been carrying a premium in the range of around $100-160/ton, with the higher numbers within this range representing record high premiums for ethylene based PVC. 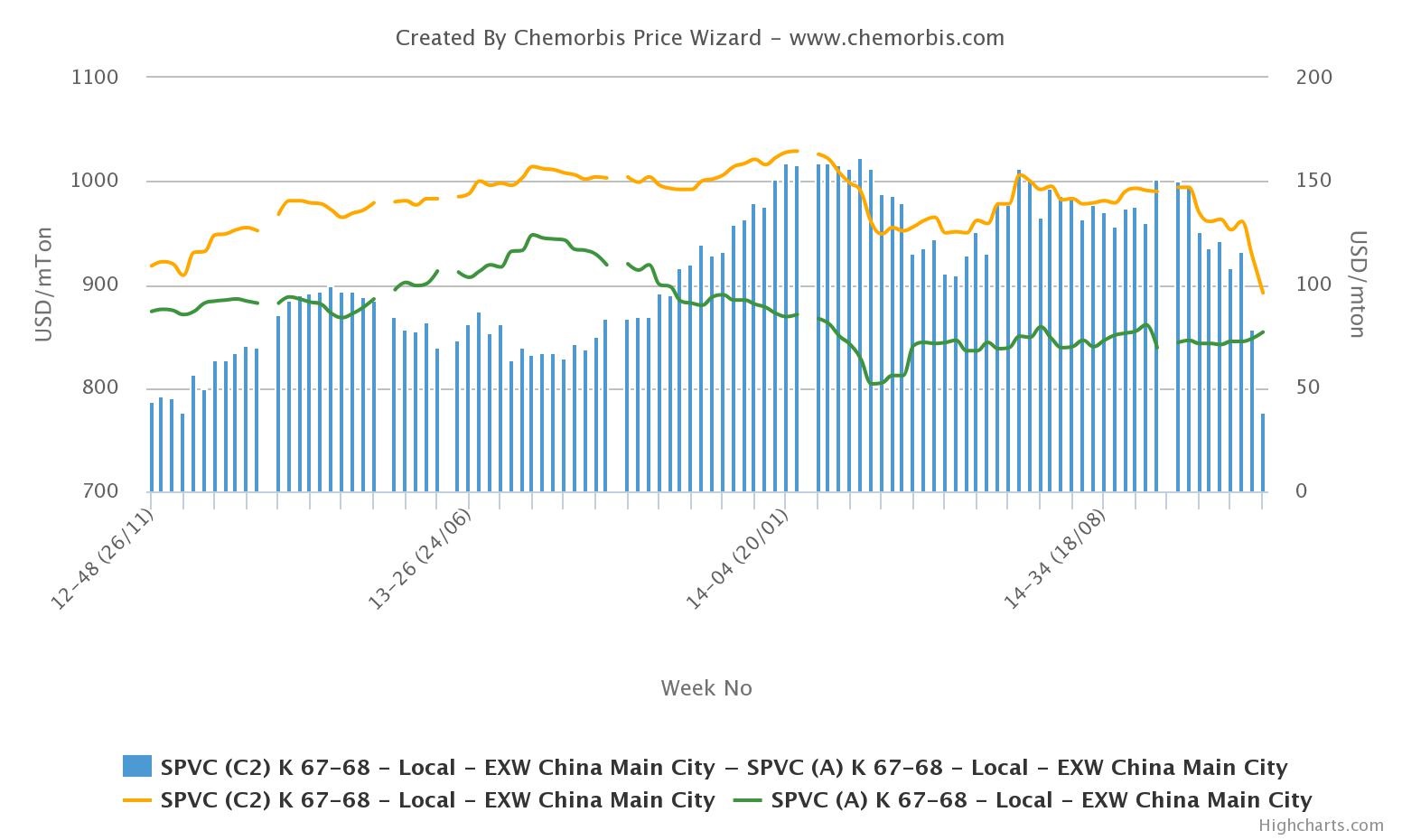