Price gap between PVC and HDPE pipe shrinks in Vietnam

by Abdul Hadhi - ahadhi@chemorbis.com
by Merve Sezgün - msezgun@chemorbis.com
End users in Vietnam’s pipe sector are closely monitoring pricing developments related to PVC and HDPE pipe nowadays as the price gap between the two has considerably shrunk amid consecutive decreases in the HDPE market.

Data from ChemOrbis Price Index suggest that the weekly average of HDPE pipe prices on CIF Vietnam basis has witnessed a total decrease of around 20% or $240/ton since July while the country’s local PVC market has declined only 5% over the same period.

As a result of larger drops seen in the HDPE pipe market, the price gap between the two products has significantly decreased by around 85% when compared to July. 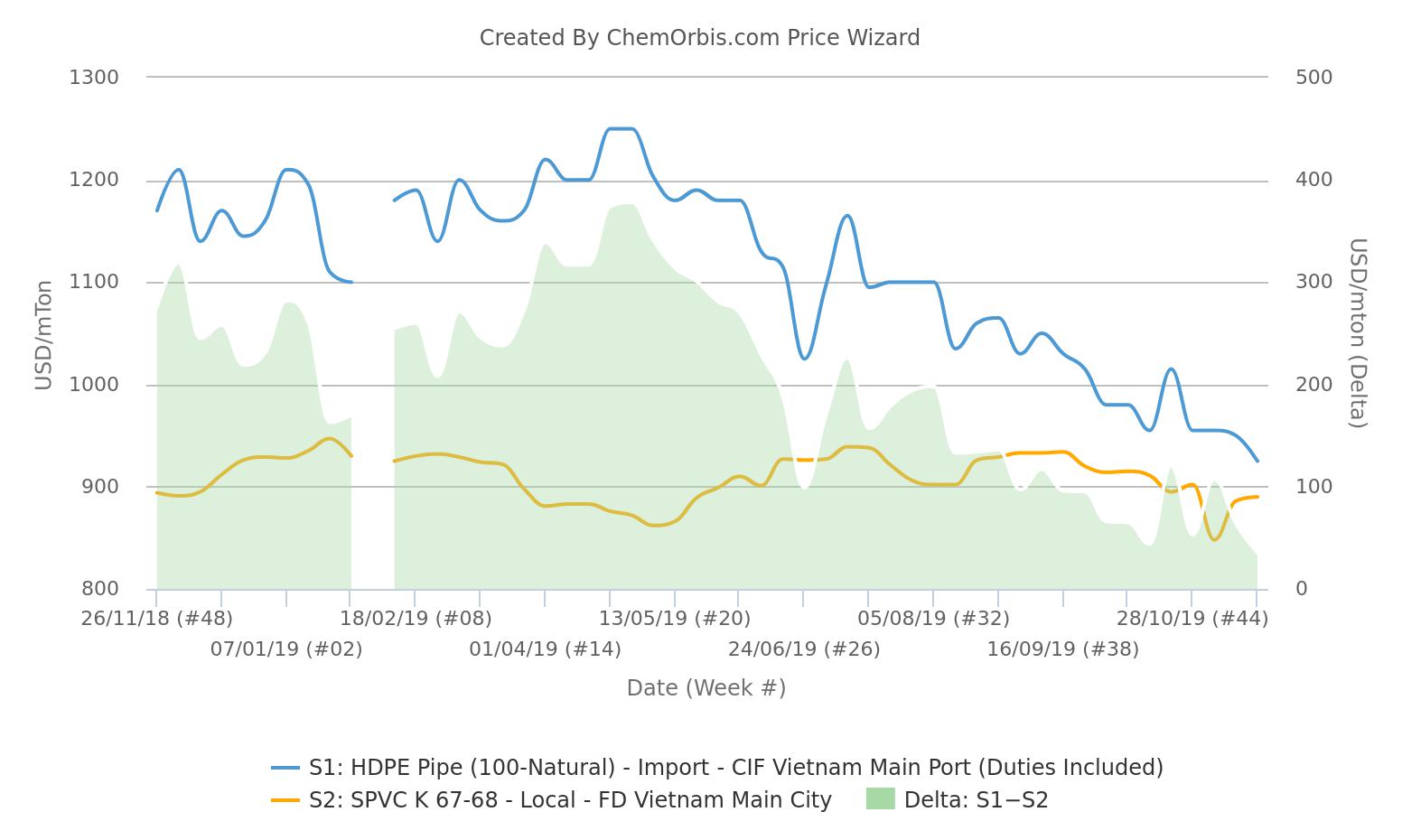 As the price gap between the two products has notably narrowed, Vietnamese end users in the pipe sector might shift their attention to HDPE over the near term. “PVC is losing its competitive edge given hefty reductions applied on HDPE pipe offers,” a buyer said.

Plastic pipes are used in agriculture for irrigation purposes as well as in transporting water in drainage systems for residential and industrial buildings. PVC tends to be the main resin for such uses but HDPE pipe has been gaining market share.

In line with the end of the rainy season, demand from the construction sector is expected to pick up in Vietnam.

PVC sentiment in Vietnam has recently been supported by expectations of better demand, limited supplies as well as the recent recovery in spot VCM prices in Asia.

However, local prices have seen renewed declines this week with a domestic producer slightly lowering its December offers by VND100,000/ton ($4/ton), according to some buyers.

“PVC prices can’t increase as HDPE pipe is very cheap. If PVC prices are high, then people will use less,” an end-product maker explained.

Data from ChemOrbis Price Index reveal that the weekly averages of HDPE film and blow moulding prices on CIF Vietnam basis have hit their lowest levels since November 2008 with players blaming ample supplies and persistently lukewarm demand for the bearish trend.

“The overall HDPE market weakness is exacerbating the pressure on pipe prices,” a trader said.