by ChemOrbis Editorial Team - content@chemorbis.com
According to RTI’s recent update, there are only a few facilities that are confirmed to still be in shutdown due to damages from Hurricane Harvey, and there are still some that have had no updates since initial shutdowns from two weeks ago. According to our latest findings, nearly 90% of resin capacity and almost 85% of feedstock capacity is online.

Although most of the rail lines are back in service, there is still a bottleneck due to the hundreds of cars that now need to be moved back into Houston. Ports are mostly available except for some draft limitations. Crude oil imports into Texas fell by 22.2 million barrels after Harvey, but roughly 6 million were re-routed to Louisiana. 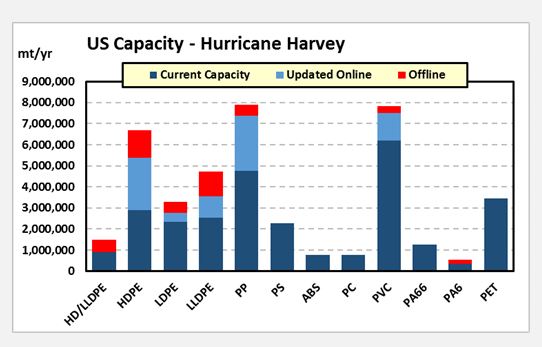 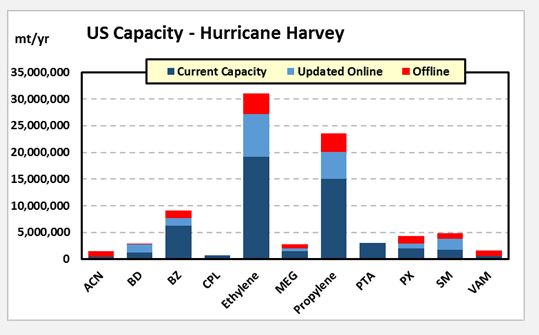